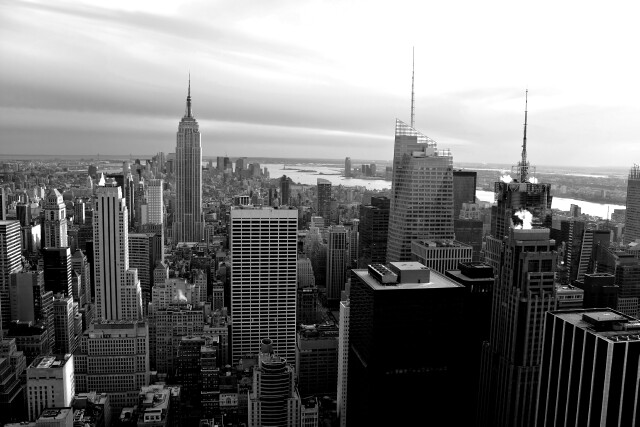 On July 4th, Justin Amash left the Republican Party, making his departure known via an op-ed in The Washington Post.  The Congressman from Michigan had always been known to defy expectations, having, for instance, supported a libertarian-leaning Republican from Kentucky, Thomas Massie, for House leadership over the consensus choice of Kevin McCarthy.  Later, Amash turned his attention towards President Trump, becoming the first Republican to support impeachment.  After the brouhaha over the impeachment comments, Amash decided to strike out on his own, becoming the first Independent to serve in the U.S. House of Representatives in more than a decade.  His op-ed squarely took aim at the partisanship of today and how it has eroded the American political process.  "With little genuine debate on policy happening in Congress, party leaders distract and divide the public by exploiting wedge issues and waging pointless messaging wars," he wrote.

There's no doubt that politicians, their campaign strategists and certain interests divide voters for strategic gain.  If you're in a tough election, what better way to win than throwing the kitchen sink at your opponent?  With so many of the issues nationalized today, demonizing "the Republicans" or "the Democrats" has become the norm and can make the difference in a tight election.  But with the line between media outlets and the politicians they respectively support becoming increasingly blurred, it's worth considering if media companies could do better in paying more attention to areas of agreement and consensus.

In a rather beautiful speech he gave last summer in Durham, North Carolina, former Vice President Joe Biden recalled a moment from when the Americans with Disabilities Act was being considered.  Conservative North Carolina Senator Jesse Helms had spoken out strongly against the bill, arguing that it would be "confiscatory to make a businessman have a curb cut or access for a wheelchair."  Biden, who was on the other side of the debate, started to rant and rave about what kind of person could oppose helping disabled Americans.  As he was getting ready to go over and confront Helms, another senator stopped him, telling him something he hadn't known before: that Helms and his wife, Dorothy, had adopted a nine-year-old child with disabilities, Charles, after reading that the boy had said he wanted a mother and father for Christmas.  The man Biden was denouncing had actually been the one who had done the most for someone with a disability.

This was actually my favorite political story of 2018.  But only one outlet (of any noted reach) covered it: The News & Observer, the newspaper serving Raleigh-Durham.  There were no New York Times stories.  It wasn't broadcast hour after hour on cable.  It was a story with a much-needed message for our times; it was aspirational; it was about trying to understand someone who, at first glance, might be an adversary; it was about looking beyond where someone happens to stand "on the issues."  Upon reflection, in a presidential primary where the strategy, as always, is to gang-up on the front-runner, I wouldn't be surprised if that story -- had it received more coverage -- were weaponized against Biden.

But the fact of the matter is that there are countless moments of agreement, compromise and understanding, which are underreported in favor of the disagreement of the day -- the daily dose of what former President Barack Obama called "phony outrage."  God forbid Biden had said that he didn't like Michelle Obama during that same speech; every reporter in the country would have descended on central North Carolina.

"We can't label everyone who is disturbed by migration as racist," former President Obama said in Berlin in April, as he urged European leaders to be more open-minded to those who opposed liberal migration policies.  Where were the cameras?  House Freedom Caucus member Jody Hice, one of the most conservative members of Congress, and former Congressional Black Caucus Chairman Elijah Cummings, recently teamed up to work on the Presidential Allowance Modernization Act, an effort for greater fiscal responsibility.  Where are the headlines?  Back in the 1990s, North Carolina Republican Sue Myrick collaborated with the Clinton Administration on "Kristen's Act," which supported increased funding for missing persons, and the VA Mission Act for veterans' healthcare passed the Senate 92-5 in an overwhelmingly bi-partisan effort last year.

Not all bipartisanship is desirable and ought not to be synonymous with "good."  Only two Senators, to that effect, voted against The Gulf of Tonkin Resolution.  But the point remains: from President Trump and Senate Minority Leader Schumer sharing similar views on Israel to veterans' issues and missing persons, there are many moments of agreement that are significantly lacking in airtime.

Now, it is worth noting that many of these stories are indeed covered.  As I've mentioned elsewhere, they might appear on a nondescript page of The New York Times the day they happen, but this is not what's broadcast time and again -- it's not what's emphasized.  Paul Ryan had declared to a watching world after Steve Scalise was shot that "an attack on one of us is an attack on all of us," but it wasn't long after that the news coverage returned to the controversial and bombastic.

A point from Amash's op-ed in the Washington Post, though it was written to apply to the political parties, might be just as true for the media companies.  Amash describes how, as the parties become more and more insular and hardline, they begin to cater to harder and harder core activists and ideologues.  Like unstacking a Russian nesting doll, at each layer an ever-larger share of more moderate Republicans or Democrats peels off until all that is left are the most radical of partisans.  Might it be similar for media?  As more and more Americans come to realize that there's as much agreement as there is disagreement on many issues, they might begin to take notice of outlets that cover things a bit more even-handedly.  All the while, as publications continue to double down on the divisive, perhaps only the hardest-nosed followers of discord will bunker in while the rest of us, like voters tiring of gladiator-like partisanship, decide to look for something a bit bigger.