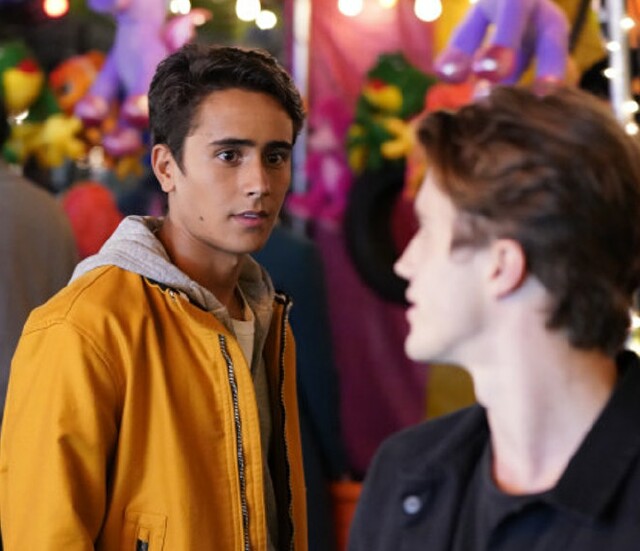 Disney recently moved its upcoming teen drama series Love, Victor -- a new series from the writers of the 2018 film Love, Simon -- from Disney+ to Hulu.  According to industry trades, sources shared that Disney+ executives saw a cut of the completed ten-episode season and felt that certain themes, including underage alcohol use and sexual exploration, did not fit the streaming platform’s definition of “family friendly” programming.  That’s a bit hard to swallow considering how many Star Wars and Marvel movies available via Disney+ are rated PG-13 due to intense violence and frightening imagery, including but not limited to limbs being cut off by lightsabers and Thanos massacring half the universe in Avengers: Infinity War.

While it’s refreshing to hear that the showrunners are taking a more realistic approach to high school culture, which isn’t as naive, innocent and squeaky-clean as some TV shows suggest, it feels rather disingenuous that Disney execs suddenly want to keep audiences thinking it is.  After all, it was Disney-owned ABC Family (now Freeform) that gave us The Secret Life of the American Teenagerover ten years ago, a hugely successful drama that took about as deep a dive into teen sexuality as any ad-supported series ever.  I’m confused as to how a show centered around a young man’s coming out journey was expected not to center on sexual exploration.

I certainly hope that the move wasn’t made to appease any of the more conservative Disney+ users who may be against the Love, Victor story, and I’m surprised that such content concerns weren’t discussed before production on its first season had wrapped.  Of course, I’m happy that Victor has a home at Hulu, where it will have much greater creative freedom, but it is nevertheless concerning to me that a show about a gay teenager isn’t considered fit for family consumption.  It’s not like we’re talking about HBO’s ultra-graphic, sex-drenched teen series Euphoria, which has its place on television but in my opinion should be kept a safe distance from younger Disney audiences.

Millions of families have gay teenagers in them.  Anything that can be done to make them feel more comfortable with themselves at that age should be encouraged.  And anything that can encourage parents who may be uncomfortable with the fact that their child may be gay to chill has great value, too.  These simple truths powered the messages of the sweet and sensitive 2018 movie Love, Simon, which was and remains enormously popular with queer and straight kids alike.  Love, Victor is said to take place in the same world as Love, Simon – in fact, Nick Robinson, who played Simon in the movie, is an executive producer of Victor and even narrates the series!  So, what’s the problem?

There was quite an outcry on Twitter when the news was announced.  Disappointed fans, including young gay people and their allies, felt the reason given was a bit of a cop out.  Did the execs who forced the platform move even watch Love, Simon, they asked?  It was realistic and heartwarming, and the characters got themselves into the same sloppy situations most kids find themselves in at one time or another.  In one memorable scene Simon, who had been drinking, stumbled into a room at a house party and caught his crush making out with a girl.  Later, when Simon and his best friend tried to sneak back into his house, they were caught by his parents and they had to play it cool.  His mom and dad lovingly played it cool, too, trying their best to be “great” parents.

Looked at from yet another angle – one that is especially important to me and very relevant right now – Victor, the gay teenager at the center of the show, is Latino.  (Michael Cimino, who plays Victor, is pictured at top.)  Having a family friendly, family focused series on Disney+ about a gay Latino teen might have helped bring about changes in the machismo-driven culture that stems from Latin America and so many other ethnic cultures.  Trust me, I’ve lived through it.  It’s not good.

If Victorhad to move, then Hulu is likely the best place for it to be, as it has several young adult series like PEN15, Marvel’s Runaways and the recently released High Fidelity, which was also originally set to premiere on Disney+ before it was moved.  I’m relieved it was not a straight cancellation and just a relocation, but I’m still not happy about the mixed signals this sent out.  Younger audiences want to be seen, heard and represented in what they watch, wherever they watch it.  So that’s one thumb down for Disney for putting out the idea that a series about a gay teenager is not “family friendly” enough for Disney+, and one thumb up for keeping it in the, erm, family over on Hulu.

Regardless, I do look forward to watching Love, Victor, on its new home.  I certainly wish I had a series like it when I was a growing up.