By Simon Applebaum January 05, 2017 Tomorrow Will Be Televised Archives 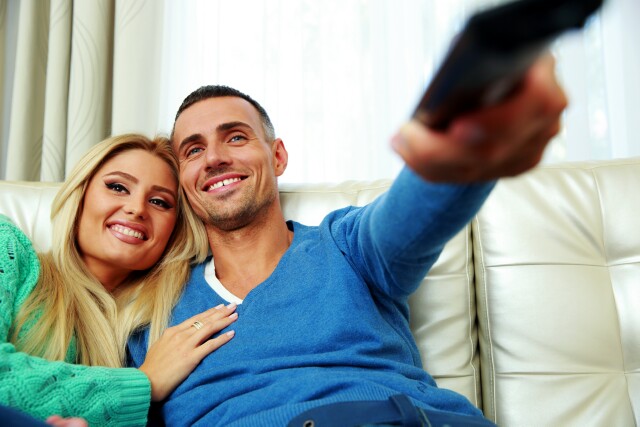 How do you surpass 2016?  A year ending with more than half the American public owning a smart TV set or smart-making TV device. A year ending with more than 450 original scripted series running on broadcast, cable, multicast and next-generation services like Hulu, Netflix and Amazon.  A year scripted and non-scripted TV became more cinematic, harder to classify and deeper in quality as well as quantity.  A year during which Apple TV went from about 1,000 applications to nearly 9,000, incorporating several thousand games, ordering pizza from Papa John's, sports/entertainment tickets from StubHub, services like AirBnB and Zillow and, near the end, any product supplied by Amazon.com.  A year with more ventures organized to expand the output of content created by people of color and women of color.  A year when talent out of nowhere could use equity crowdfunding for the first time to finance their TV content or technology ventures.

We'll all start learning this month, the opening month of 2017. We may get our first clues from CES in Las Vegas, which will draw approximately 165,000 people or better the first week of this New Year. For sure, we'll get more this month from the Winter Television Critics Association Tour in Pasadena; the annual Sundance film festival in Utah (which will offer more time and showcases for TV projects than ever before) and NATPE in Miami.

Here are some questions and developments to help us decide if we will end 2017 with a TV environment greater, lesser or just about equal to the last 12 months.

What new capabilities will smart TV set and device makers deploy throughout 2017?  Let's watch how the app developers react to these capabilities and try to make them universally available no matter what sets or devices households use.  Let's see if Touchjet develops a following for Wave, its device that allows any smartphone or tablet app to be manipulated by someone's fingers on the TV set -- and if they do, how fast their approach is copied by others.

Will virtual reality become a TV attraction, working as an alternative to headgear and mobile devices? Apple TV has carried Littlestar for over a year, with that app able to present 360-degree videos on the set and viewers able to move the picture in any direction with their remote control or Siri command. So far, no one has followed or improved on Littlestar's lead. Let's explore who does. We know from a conference in New York last fall that Google wants to adapt Chromecast to put VR, and maybe augmented reality, on the set -- watchable without headgear or a mobile product.

As Netflix expands the number of original scripted series that are produced per year, how much of its competition will attempt to keep up?  Keep your eyes on what Amazon, Hulu, Crackle and other next-generation services produce, as well as how fast and far broadcast and cable networks step up. Time Warner looks like they will try, no matter how the company's merger with AT&T works out, if behavior at HBO, TBS, TNT and truTV is any guide. Check out the activity of Lionsgate, post-Starz takeover, the introduction of originals on CBS All Access and the launch of other next-gen channels (think Fullscreen and Seeso) for more clues.

Will any of the diversity projects that started last year deliver their first TV series this year? Given the number and sourcing of these projects (We For She, We Did It Together, Project Her, Presenting Women, The Alice Institute, Women in Film's collaboration with The Blacklist, etc.), one naturally expects something to come forward.  It would be a big disappointment otherwise.  Let's see if the many television festivals now in business around the country (New York, Series Fest from Denver, ITVF, ATX in Austin, Texas, Atlanta, etc.) become a platform for these projects.  (Extend this idea to Sundance, Tribeca and other major film festivals.)

Are any broadcast station owners willing to join Sinclair as original programming players? This is unclear as 2017 begins. Tegna (formerly Gannett) made a small advance self-syndicating the T.D. Jakes daytime talk show (with a second early evening run on Oprah Winfrey Network).  Nexstar, second to Sinclair in number of TV stations owned, is a possibility.  Also, look at Scripps and Raycom Media, which launched a few daytime programs in syndication during the last decade (The List, Right This Minute and America Now among them.)

Which companies should be watched on the technology front?  LeEco, Eko (formerly Interlude), Hisense and Layer3 TV

Other questions, in no particular order:Can Viacom get its programming mojo back in a big way? What new directions will Univision take in its original programming, whether or not an IPO or Televisa takeover happens? Is anyone going to create or expand a national network reaching Asian Americans? How deep will Apple get into original content? Will any of the multicast rerun channels take a stab at original content? How will a Federal Communications Commission under Donald Trump impact all this?

One last thought about 2016, regarding A&E's controversial Generation KKK.  If A&E had taken the time last month to do a press conference or conference call with reporters to discuss this series -- and involve both the producers and the Anti-Defamation League in that discussion -- the social media outcry which opened the path to this series being cancelled over the Christmas/Chanukah holiday weekend might have been muted.  Instead, A&E just let a press release do the talking, and despite clear language in that release over the intent of Generation KKK, social media went on a misguided tear.  Also, if the producers were upfront in public about how they obtained access to the KKK, instead of remaining silent, A&E's motivation for dropping the series (scheduled to begin January 10) might not have been in question.  People who have seen this series call it an eye-opener.  We'll see if another channel is willing to open a time period for it.