Why Advertisers Should be Watching FX's “Feud” 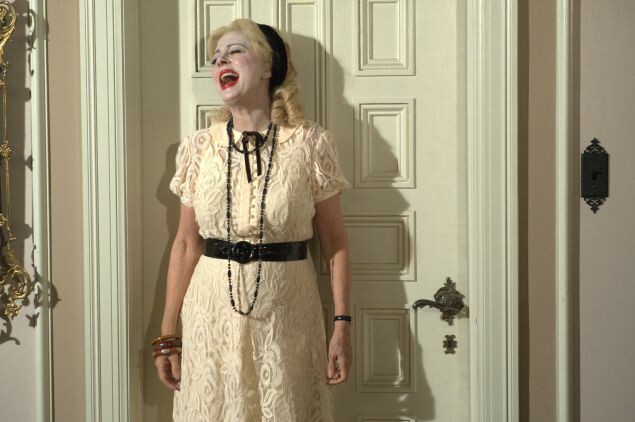 On Sunday, we reached the midpoint of producer Ryan Murphy’s FX limited series Feud: Bette & Joan, which Ed Martin dubbed “Program of the Year” back when the year had barely begun. I agree thatFeud is definitely on track to be the best of 2017 and I am already dreading Sunday nights once the series concludes its eight-week run.

I was looking forward to Feud even before Ed’s rave. I’ve logged a lot of hours with Turner Classic Movies and have long been fascinated with the careers of Joan Crawford and especially Bette Davis. Rivals Crawford and Davis serve as the rich subjects in this first season of Murphy’s latest anthology series. They are played to perfection by Jessica Lange (below, right) and Susan Sarandon (at top and below, left), respectively. 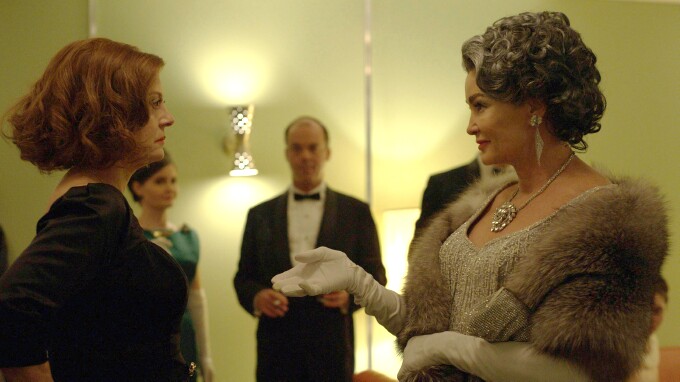 Crawford may be best known to some of my contemporaries for Faye Dunaway’s macabre portrayal of her in 1981’s Mommie Dearest while Davis may be best remembered as the inspiration behind a 1981 karaoke favorite.  So it is exciting that Feud: Bette & Joanhas generated fresh buzz around these Hollywood icons and their work.  I hope it encourages viewers of all ages to seek out their films.  I would recommend 1938’s Jezebel, for which Davis was honored with her second Academy Award, and 1950’s All About Eve, which should have won her a third. (You hear a bit about thatin Feud.)

What I had not expected from Feud is the sheer brilliance in the way it tackles the commoditization of celebrity.  Feudis important viewing for advertisers, as it is fundamentally a show about selling products -- Bette, Joan and their 1962 film, Whatever Happened to Baby Jane?

The show employs a telling metaphor to make this point.  As the widow of an indebted PepsiCo executive, Joan Crawford is named to its board and becomes a de facto Pepsi spokesperson.  Davis mocks Crawford for her pandering of the product and spitefully gifts a Coca-Cola cooler to the crew of Whatever Happened to Baby Jane?  This was the Cola wars before there were Cola wars.

Feud takes a hard look at what happens to major Hollywood brands that have reached their sell-by dates.  In that regard, Lange and Sarandon give multi-dimensional, nuanced performances worth analysis (and Emmys).

For Crawford, the pain of aging out of Hollywood is manifest in her nighttime beauty rituals and sad attempts to seduce Whatever Happened to Baby Jane? director Robert Aldrich (Alfred Molina) and studio boss Jack Warner (Stanley Tucci). Their repudiations of the one-time vamp make Crawford the more pathetic of the two stars.

For Davis, the pain is less cosmetic.  Sarandon conveys with great credibility just how deeply and profoundly Davis loved her craft.  This may be why she connected with middling yet pie-in-the-sky director Aldrich on a more emotional level.  Davis is the consummate professional unable to get the respect or acknowledgement she deserves.

As actress Olivia de Havilland (played by Catherine Zeta-Jones) explains inFeud’s first episode, “Feuds aren’t about hate, they’re about pain.” (De Havilland should know a thing or two about feuds.  She and her own sister, the actress Joan Fontaine, feuded for years over Oscars and men, among other things.)

The greatest setback for Crawford and Davis is that they are women attempting to stage a comeback in a Hollywood run by chauvinist men. The only place where Feud falls short is when it tries to make that point too clearly.  A conversation on female buying power between Crawford’s right hand woman Mamacita (Jackie Hoffman) and Aldrich’s ambitious assistant Pauline Jameson (Alison Wright) seems especially contrived.

Feud’s greatest strength is its ability to deftly draw the complicated relationships between brand and personal identities.  What if Coke and Pepsi were real people with real feelings?

Louis B. Mayer, legendary boss of MGM (to which Crawford was signed for eighteen years), famously said, “A star is created, carefully, and cold-bloodily, built up from nothing, from nobody. Age, beauty, talent -- least of all talent -- has nothing to do with it.”

In the fourth episode, when Crawford dismisses Pauline’s script and directorial ambitions, it is not because she is a woman but because she is a “nobody,” harking back to Mayer’s aphorism and the problem with Hollywood -- you are only as powerful as your commercial appeal.

As Davis tells gossip columnist Hedda Hopper (expertly portrayed by Judy Davis), “This isn’t real life.  This is Hollywood … it’s all fake, from the manicured lawns in the desert to your manufactured concern.”  It is such a winning quotation and so evocative of the nature of show business and advertising.

In Feud,Crawford and Davis, former stars of the studio era, reconcile with their growing insignificance.  Just imagine the day that the Kardashians become irrelevant!