Why Automakers (and Dealers) Need to Optimize Their Sites for Smartphones 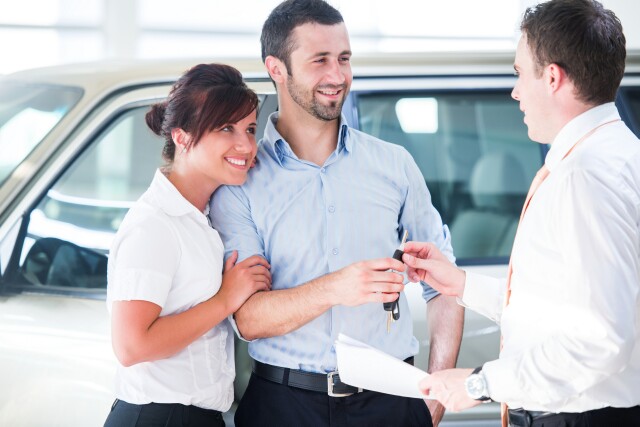 Is car advertising spend going to the right platforms?  A TVB and Futures Company study confirmed what most people in the industry already know -- that television is still the industry’s top target.  But that’s only the first step in reeling consumers in.  The critical steps are taken online and mostly on smartphones.

TVB/Futures found that TV ads work at getting potential buyers into the “consider” phase but from there, they go online and to their phones to do more research.  Now, get this: A Google study found that 71 percent of all digital interactions were made on handheld devices.  It’s a top auto trend for 2019.  Buyers were asked which medium they used to get car information and 58 percent said they only used their phones.

What’s more, those searches need to work well with voice commands -- an estimated 50 percent of searches will be voice-based by 2020, according to Jayson DeMersin Forbes last year. That makes it critical that automakers simplify their websites and optimize them for phones.  Too often, auto sites prioritize fancy graphics and gorgeous photography over the simple information that consumers want -- on-sale dates, model availability, prices, features and options.  To get the basic information I need as a journalist, for example, I’m forced to ignore the automakers’ own web presence and go to third-party offerings, such as Edmunds, Kelley Blue Book and U.S. News and World Report.

The best websites for mobile are from Audi and Honda.  The latter is particularly good, giving surfers the right data with finger swipes.  Just entering “Audi” in Google got me to the local dealer, which shows they’ve got my location data, but in the early stages, I’d rather see the national website.

Dealer websites aren’t much better than company sites; in fact, they’re worse.  Some dealers offer deluxe concierge services to get more customers in for service -- which is where they make half of their profits.  But do you think the dealers feature those services (some of them outlandish, including cafés, massage and movie theaters) on their websites?  These luxuries should be featured on the homepage but, instead, consumers have to dig down into the service category, if they’re listed there at all.

Dealer websites tend to look generic because they’re churned out by advertising agencies -- which don’t give them much distinctive flair.  (The photos are good, though.)  Even auto publicists aren’t all that helpful.  “All our information is on the web,” they say, instead of doing what they used to do -- handing out detailed press kits.  On the web, the information is often hard to find and costs valuable time.  Speaking of time, that’s just what consumers don’t have much of these days.  When they look at cars on their phones, they just want to comparison shop with the same ease they look at YouTube videos.

An estimated 53 percent of respondents in an AdColony Car Buying survey say it’s “very important” or “important” to have their smartphones aboard when they car shop.  And nearly 60 percent say they’re likely to visit a dealership after seeing what’s available online with pricing and incentives.  An even bigger number, 70 percent, say they’d like to interact with video on their mobile devices to check out the different models.

But very few online videos are designed to perform that basic function.