Why Feminism Turns Off Millennials, and How Emma Watson is Bridging the Gap – Connor Zickgraf 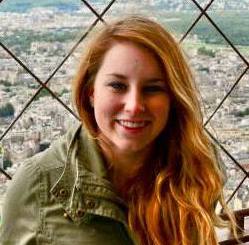 With her powerful UN speech about gender equality and her upcoming appearance in Elle UK’s “Feminism Issue,” Emma Watson has been commanding headlines lately -- and for a good reason. In her interview with Elle, the “Harry Potter” star, who admits she hasn’t been all that comfortable with fame, said she’s found a way to use it. “I have found a way to channel it towards something else, which makes it so much more manageable for me. And this is something I really believe in.”

Well Emma, it’s working, at least for me. I’ve never identified myself as a feminist and, admittedly, have never wanted to. Like many young women I know, I’ve had a big issue with the word “feminism” and the label “feminist” for a long time. It is certainly not because the idea of gender equality is in any way inadequate or misinformed, but rather because of the often-negative associations that accompany the word. In short, the word “feminism” has a brand problem.

Emma hit this problem on the mark in her UN speech. “Apparently I am among the ranks of women whose expressions are seen as too strong, too aggressive, isolating, anti-men and unattractive,” she said. She went on to describe the notion of “man-hating” that has too often been attributed to feminist efforts. Recent anti-movements, such as Women Against Feminism, use these common misperceptions as the basis of their campaigns.

Women Against Feminism’s Tumblr page is comprised of women holding signs declaring, “I hate feminism because …” Some of the answers on the site include:

“I am a strong, independent human being.”

“I am not a delusional, disgusting, hypocritical man-hater!”

“Men, as a whole, aren’t womanizers.”

“I love my boyfriend and respect him. I make my own decisions without being pressured. I enjoy makeup and like feeling pretty.”

“I refuse to stand alongside women who preach about ‘equality’ but act like certain standards and/or situations don’t apply to men.”

While it is easy to pick apart these remarks, they speak to a broader issue. Many of us don’t understand what feminism is -- and that is a problem. In a 2013 HuffPost/YouGov poll, only 23% of women and 16% of men identified as feminists, yet 82% believed “men and women should be social, political and economic equals.” Isn’t that feminism at its core?

No matter the public perception, feminism is not a movement set out to elevate women over men, blame men or promote “man-hating”; it is a movement about choices and demanding respect for those choices, no matter your gender. This means putting an end to the “us vs. them” mentality and including men in the fight. Discussing her new HeForShe campaign at the UN, Emma put it this way: “It is time that we all see gender as a spectrum instead of two sets of opposing ideals. We should stop defining each other by what we are not and start defining ourselves by who we are. We can all be freer and this is what HeForShe is about. It’s about freedom.”

She explained further in Elle, "Feminism is not here to dictate to you. It's not prescriptive, it's not dogmatic. All we are here to do is give you a choice. If you want to run for President, you can. If you don't, that's wonderful, too."

I am not ashamed to admit that I love Emma Watson because I have grown up with the “Harry Potter” series. Yes, I listened to her speech because she was Hermione Granger, and this is the first time I gave a long, hard look to feminism. But, what’s wrong with that? Frankly, there’s no one better to seek millennial support than Emma and, in the midst of some bad PR, feminism needs it. In a world where women can vote and work, millennials especially need to be reminded of the reasons why the cause is still important.

Feminism is an uncomfortable word, and it shouldn’t be. We have to remember what it has given us, and what we still have to accomplish. As of 2010, women still only make 77 cents to every man’s dollar. Targeted female celebrities have had personal photos stolen and strewn across the Internet. Feminist issues are real issues, and we can’t dismiss them because we have a problem with the word. Thank you, Emma, for reminding us of that.

Connor Zickgraf is a senior at New York University pursuing a major in Media, Culture and Communication. She is Marketing Coordinator at MyersBizNet, assisting in community development and event management. Connor can be reached at cgz207@nyu.edu.