Why I Wrote "The Future of Men" 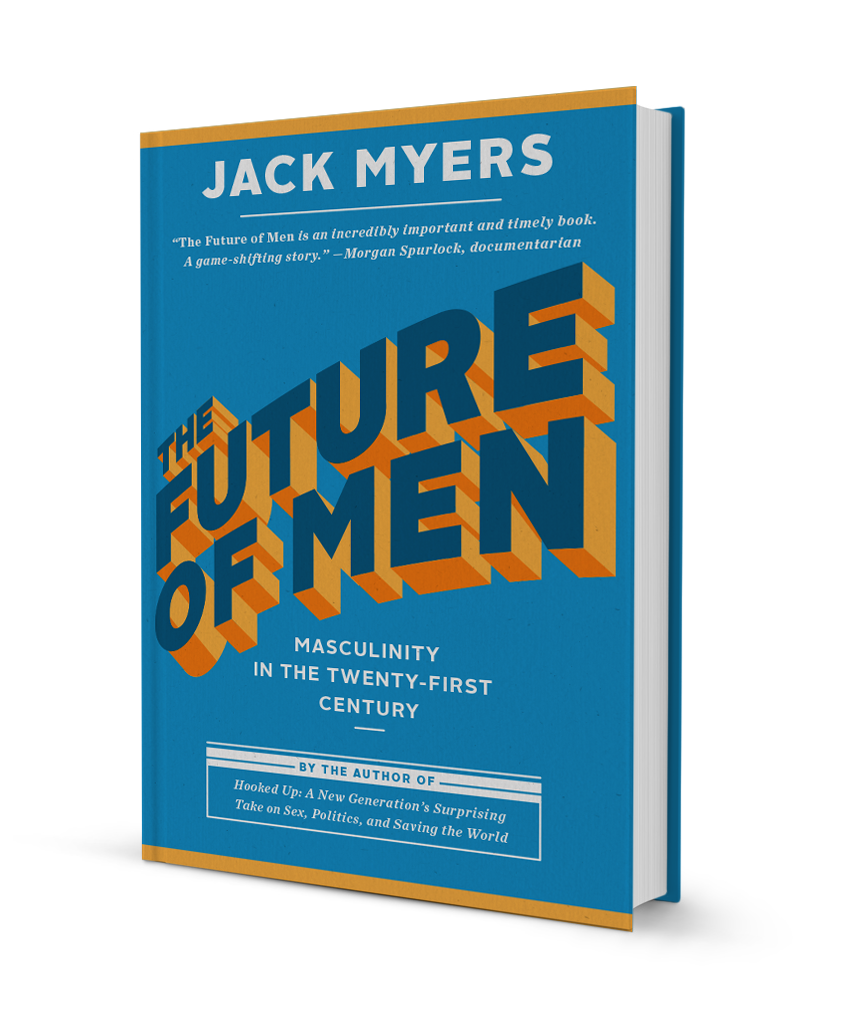 Many of my regular readers have ordered and will soon be receiving my new book "The Future of Men: Masculinity in the Twenty-First Century." It's been my passion for the past three years and many of you have asked me why I've dedicated myself to this topic.

Yes, several chapters focus on gender dynamics in media, advertising and marketing.  Our industry has played an important role in communicating both the reality of and shift away from men's inborn sense of power and dominance over women that has existed since the caveman. But the story of The Future of Men is not just a media story; there is compelling evidence, presented in detail in the book, that the shift toward female power is far more pervasive than we realize and that male dominance is quickly fading. It's becoming very apparent that the future of men will be increasingly defined, dominated, and controlled by women. My goal in writing the book is to share perspectives on how men are impacted and responding as women emerge from centuries-old cocoons and, like butterflies, soar to new heights.

Throughout 2012 and 2013, I toured the country speaking about the first generation of students to grow up with the Internet, born between 1990 and 1996—the millennial "bridge" generation I discerned and researched for my book Hooked Up: A New Generation's Surprising Take on Sex, Politics and Saving the World. When I shared the statistics on female versus male college enrollment (60 percent vs. 40 percent) and explained why these young Internet natives, especially women, were a powerful and positive force to be reckoned with, the most common audience question was, "What's happening to men?"

This question led me to a much deeper exploration into the emerging female power class and into the major trends and influences affecting men—how they are reflected in society, culture, business, politics, media, and advertising—and the implications for both men and women as this shift in control and dominance transforms roles and relationships.

In that context, advertising today reflects a culture obsessed with objectifying both women and men as sexual robots while at the same time celebrating women's intelligence and leadership and denigrating men. In addition to ads that objectify young, virile men, there are more that feature dumb, bumbling, clueless, helpless, childlike men than at any other time in television history. Whether an advertisement is about ordering a pizza or buying a new car, TV is rife with incompetent men who cannot even make a decision about which analgesic to take without consulting their wives. Is it possible that men, having lost their earning power (a topic I explore in detail in the book), have also lost their role as decision maker in almost every possible purchase decision? Looking at marketing messages today tells us male values are more defined by sex and misogyny than by hard work and determination. Little by little, contemporary advertising is using the shift in gender roles to reshape and rebrand traditional male ideologies.

The last generation of "traditional" males is now in their late twenties. The first wave of Internet natives is just entering adult years, heralding a new age of gender relationships that have different role models, a history born with the Internet, and new guidelines for behavior. This generation of Internet-raised young people is dismissing customary gender definitions as irrelevant; conventional male/female roles are shifting. The first generation of "future men" is a more evolved species (though still in its formative stages). The future man recognizes, respects, and relates to the growing dominance of women in many areas of society, culture, relationships, family, and business. Yet these young men are also confused by the conflicting realities that put them in the crosshairs between traditional definitions of masculinity and emerging behavioral expectations. It will take decades, but we are in the midst of an irreversible transformation: women are gaining power and influence as traditional roles and expectations disappear and new gender norms evolve. It has become apparent that as society appropriately focuses growing attention on women's equality and issues, young men also need an advocate and support as they navigate the challenging and confusing new world that the growing success of the women's movement is creating.

I'm very aware of and sensitive to the controversial realities of focusing on men's issues. As founder of WomenAdvancing and a long-time vocal advocate of women's career opportunities in the media and advertising business, I believe my voice as a leader in an emerging movement to engender greater understanding of and respect for men will be respected and valued. It's appropriate to ask what is the future of relationships and sex, business, politics, education, media, and marketing; to explore where are we heading as a society and how can we help men, especially young men and boys, find a path toward healthier relationships and self-awareness and, ultimately, become more functional and happy. In sharing this brief overview, I hope to explain my mission and purpose, knowing that it will provoke many responses, which I encourage you to share with me at jack@myersbiznet.com. I also realize that these few paragraphs cannot do justice to the extensive, detailed and well-researched story of The Future of Men, which I hope you will order through Amazon, BN.com or your local bookstore. Yes, of course I'd appreciate and welcome your support for my book and for me. More importantly, the future of men is at a critical juncture. There are few books that can truly make a difference in their lives. I believe mine is one of them and it's a work I'm extremely proud to have created.