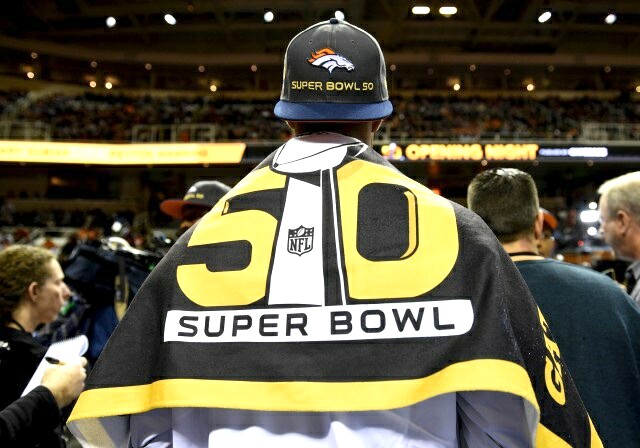 I have never been excited about the Super Bowl. I’m not a football fan. I neither enjoy nor understand it. The ads, which I do enjoy, are either released before the game or available immediately afterwards. I rarely care about the half-time performance. I do not like beer, buffalo wings, plain potato chips or really most go-to Super Bowl party refreshments. I do not like Sunday night engagements, as they conflict with “Downton Abbey.” Lest anyone rescind my invitation to their Super Bowl party, I am pleased to say that this year I am extremely excited about the big game. Why? Two words: Fantasy football.

Last fall, I joined my friend’s ladies-only fantasy football league. Fiercely competitive but with zero experience in the field of fantasy football, I did my research. I took notes on ideal strategies, sought the advice of my cousin (a sports radio host in Phoenix) and enlisted in a practice fantasy draft.  I arrived at my league’s draft convinced that I was overly prepared, a force to be reckoned with. How wrong I was. My fellow players’ pages and pages of printed cheat sheets made my scribbled notes look pathetic. By round five, I was in a state of utter panic; I had no QB, conflicting bye weeks and a cheat sheet that only covered the top ten players for each position. Somehow, I pulled through and at the end of the draft I was involved in a seriously complicated four-way trade. Through this trade, in exchange for the St. Louis Rams, I received the Denver Broncos for defense.

I am happy to report that last week, I placed third in the league with my total winnings amounting to a whopping $10. I owe it all to the Denver Broncos.  The Broncos carried my team to victory (well, third place) after my wide receiver was injured, my quarterback underperformed and my competition played a fierce game.

Writing for New York Magazine last month, Will Leitch surmised that the ways we watch sports make hometown allegiances less important. “Everything else in our world is a la carte. Why would our fandom not be the same way?” A native New Yorker can root for the Broncos just as much as a Denver local can root for the Giants. It is much like the television landscape itself, where affinities attach to the shows themselves and less so to the networks that telecast them.

If my experience with fantasy football proves its efficacy as a platform for fan conversion, why have the media and entertainment industries not caught on? While sports may have a stronghold, the fantasy universe seems primed for innovation, adaptable for any number of verticals. Fantasy film could start in early October with players “drafting” critically acclaimed movies, amassing points based on box office success and/or awards season wins. Fantasy network could follow a similar model, with players picking up shows during pilot season and winning points according to C3 ratings success. I am obviously oversimplifying these instructions and have given zero thought to any legal concerns, so make of it what you will. Perhaps it is all just a fantasy.

There is a lesson to be had here. Fantasy sports taps into the sense of being invested in something. I am invested in the success of the Denver Broncos; therefore, I am a fan of the Denver Broncos. Is there a way for the media and entertainment industries to mirror similar success stories and cultivate fans in a creative way? Because if the Broncos were not playing in Super Bowl 50 this Sunday, I’d likely be watching “Downton Abbey.”