Why Tesla Fanaticism Is Ultimately Bad for the Brand 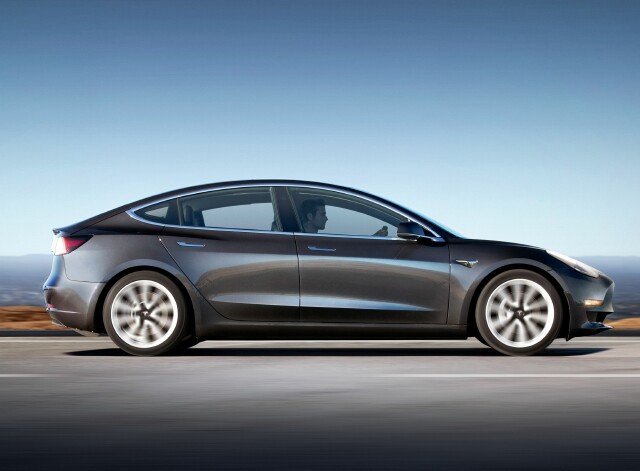 I recently looked over a friend’s new Tesla Model 3 (pictured at top) and pointed out a couple of flaws.  The trunk was misaligned and the paint had visible “orange peel” (textured like the skin of an orange).  But my friend is one of several people I know who are fanatics for the brand; who counted down the days until their Tesla was delivered and thrilled to its charms.  Which are considerable, I agree.  I drove that Model 3, and it was huge fun, totally exhilarating.  But c’mon, it’s a car, not a mythical chariot.  Tesla builds the full-sized Model S sedan, the Model X SUV and the compact Model 3, all battery electric cars.  Its vehicles have flaws -- Tesla is hardly unique there -- but sometimes there are too many to be ignored.

In general, car owners don’t hesitate to get on the horn to their dealers, and/or car companies themselves, to report and demand satisfaction about the problems -- and just plain bad designs -- they’ve encountered.  But not Tesla owners, especially those who own the Model S (pictured below), whose Consumer Reports owner satisfaction rating at the end of 2017 was the highest in the industry -- 90 percent!  (Porsche was in second place at 85 percent, and it also has a lot of fanatic buyers who believe the brand can do no wrong.)  For the Model S as a whole, satisfaction is five out of five, but at the same time the car’s predicted reliability rating is only two out of five.  Model S reliability is up in 2018, but the 2017 model year got a dismal one out of five.  The Model 3’s ratings are similarly high. 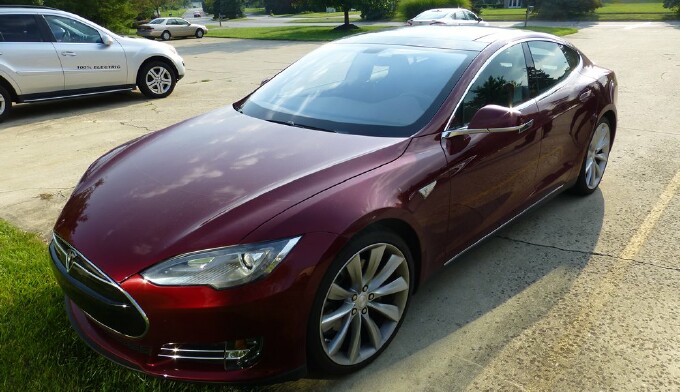 A new owner said on Tesla’s Model 3 forum, as his car reached 10,000 miles:  “It is by far the best (and most fun) vehicle I have ever driven.  I still get excited when I sit in the car and of course when I punch that accelerator.  I’m looking forward to the next 90,000+ miles.”  To be fair, Tesla owners tend to be tech geeks, and they do bring up issues with the cars, but the concerns don’t shake those stellar owner satisfaction levels.

My point is that the owners’ level of model adulation is bad for the brand.  “If the fanatics love the car despite its flaws, it doesn’t give the manufacturer motivation to fix the flaws,” agreed Jack Nerad, author of The Complete Idiot's Guide to Buying or Leasing a Car, and the former executive editorial director of Kelley Blue Book.

Early adopters are the most devoted to the brand, so the worst effects of this may not show up until normal consumers buy the cars.  “When the market gets beyond the fanboys, Tesla’s job could become harder because the quality of the product doesn’t live up to the hype,” Nerad said.

Also consider that Teslas will hit the used car market in fair numbers, and if the resale value is low -- because of myriad known flaws -- it will eventually pull down the reputation of the entire brand.  It has happened with companies like Mercedes-Benz and Cadillac.  That’s why “quality is job one” has become the clichéd mantra of many an automaker.

Here’s Tesla owner Bruce Becker, a Connecticut green architect who owns both a Model S and a Model 3.  “Tesla owners are more satisfied than those of any other brand,” he said, “perhaps because Tesla comes to your home to fix most issues and other items are fixed while you wait with no charge at very low costs.  And many [problems] that might show up as a ‘reliability issues’ are fixed with over-the-air software updates and [sometimes concern] features that don’t even exist for other brands.  Is it really a consumer satisfaction issue or complaint if the “summon” command [which can bring the car out of a garage on auto pilot] is not 100 percent reliable?  I think not.”

Becker is right that Tesla’s personal service has helped the company’s reputation.  In fact, it’s been widely imitated in the industry.  But Tesla is just starting out as a volume manufacturer, so it’s not surprising it doesn’t get everything right.  And the bugs aren’t small.  The car was originally not recommended by Consumer Reports because of long braking distances, but Tesla fixed that, and now CR gives it a thumbs-up.  But, of course, it’s evidence that squeaking wheels get greased – and dissatisfied customers give rise to positive changes.

Model 3 owner Scott Thompson, an engineer and devoted green car advocate, admits he’s cutting Tesla some slack.  “I have noticed a few little quirks about the Model 3,” he said.  “But rather than running in for service, I am just kind of riding it out.  It’s not just wanting to see Tesla succeed, but it’s also that I know there is a good chance the quirk will get fixed in the next software update.”

Some of the quirks are bigger than others.  Sandy Munro of Munro and Associates, a consulting firm to automakers, said on YouTube that the Model 3 panel gaps “could be seen from Mars.”  Looking at the trunk, he said that on one side “I can barely get my fingernail in” and on the other, “I can almost put my thumb in.

Writing in Green Car Reports, then-editor John Voelcker said the fit and finish of the Model 3 is “appalling.”  He added, “The build quality was the worst we have seen on any new car from any maker over the last 10 years.”

He described defects that affected the car’s functioning -- a bad touchscreen, creaks and groans from the console or dash, a loud buzz from the door pillar and a steering vibration -- and those that were just annoying, such as misaligned body panels, uneven panel gaps, incorrectly mounted headlights, poorly placed gloveboxes and chrome trim that’s all over the place.

Voelcker’s conclusion:  “We suspect early Model 3 buyers, and Tesla’s devoted fans and acolytes, will likely be willing to overlook flaws that don't affect the car's functioning.”  Exactly, and that’s the problem, and why non-critical love is ultimately bad for the brand.  Even if it’s fun to bask in the praise.