April 19th marked GLSEN's 18th Annual Day of Silence. Students in thousands of middle and high schools across the country and around the world took a vow of silence to draw attention to anti-LGBT (lesbian, gay, bisexual and transgender) harassment and discrimination in schools.

Here are some facts behind why so many organize and participate in the event:

• Four out of five LGBT students reported being harassed at school in the past year. • Six out of ten LGBT students said they felt unsafe at school. • Nearly one in three LGBT students miss school every month because they feel unsafe or uncomfortable.

Students typically participate in the Day of Silence by taking a vow of silence throughout the school day, unless asked to participate in class. The event is designed to illustrate the silencing effect of anti-LGBT harassment and discrimination.

This year, we wanted to put a face to the voiceless. We asked Day of Silence participants to take part in our "Selfies for Silence" photo campaign. Individuals were encouraged to snap a photo with a printable Day of Silence sign asking them to share what they are doing to end the silence around anti-LGBT harassment and discrimination.

As a result, GLSEN has been collecting and sharing hundreds of selfies from students and adults across the country.

There are a few who grossly mischaracterize the Day of Silence. On April 4 and 10, Mission: America's Linda Harvey made a series of false, sensationalized claims about the student-led event. GLSEN produced a video to correct the inaccuracies and underscore the significance of the day.

The video attracted considerable attention online with more than 32,000 views and coverage found onUpworthy,BuzzFeed and The Huffington Post.

The Day of Silence continues to be one the largest student-led actions in the country. And support for the day can also be found outside of schools.

Plus, Rep. Eliot Engel (D-NY) introduced a resolution in the U.S. House of Representatives. And others like Rep. Sam Farr (D-CA) vocalized their support for the Day of Silence. 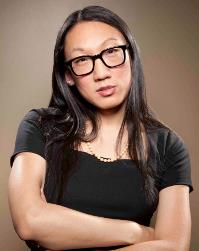 (GLSEN). Previously Andy served as Co-Director Nodutdol for Korean Community Development and Senior Media Strategist for the Gay & Lesbian Alliance Against Defamation (GLAAD). She has also served on boards and advisory councils for the Human Rights Campaign, the National Center for Transgender Equality, the Funding Exchange, Chinese for Affirmative Action, the National Campaign to End the Korean War and the New York Association for Gender Rights Advocacy.

Andy has been honored by the White House for her contributions to the LGBT community and was profiled in The Advocate's "Forty Under 40." She is the past recipient of the GLSEN Pathfinder Award, the National Gay & Lesbian Task Force Creating Change Award and the Colin Higgins Foundation Courage Award and was honored by the City of New York for her work in the community. You can follow Andy on Twitter at @Andy_Marra.