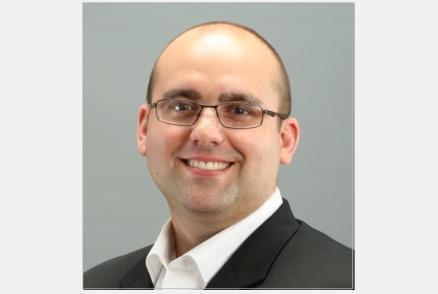 Digital Content Resale – According to a WorldPay survey, over half of US and UK consumers want options to resell their digital content and about 15% believe it is legal to do so. The survey suggests there could be demand for disruptive digital resale markets. The study notes that the current legal boundaries are blurry and need to be clarified and possibly modified in order to give consumers the control they are accustomed to with physical products. When it comes to video games, an NPD study still shows that physical games are still preferred by 62% of consumers, although this is down from 65% in 2012.

YouTube Transition and Competition – GOOG's YouTube is investing an incremental $100 million in premium content channels, which it will promote with a $200 million advertising campaign. YouTube draws more than one billion unique visitors that are watching more than six billion hours of videos a month, up from about four billion hours a month last year. However, according to some ad-agency executives, rising competition from YHOO, MSFT, AOL, and Hulu may be driving ad prices lower. This could be a contributing factor to reports of YouTube launching a subscription based model for some content. Meanwhile, ZNGA, which is facing pressure in its core business, is seeking to leverage its position in mobile to drive mobile video advertising. These offerings will all compete for 45 million US monthly viewers (estimated by IAB) that watch original professional online video.

MVPD Debate – Despite persistent discussion of cord-cutting, it is likely to grow at a slow pace, according to a report by Digital TV Research. However, the report notes that penetration will remain flat and that most of the recent losses were analog subs that were less willing to pay more for digital packages. The report foresees satellite taking share, overtaking cable to become the largest pay TV platform by 2017. They believe ARPU is likely to decline as operators try to take share from each other in an otherwise saturated marketplace, but MSOs and telcos are expected to offset this move through bundling more services. If true, these moves would imply significant margin compression for video, as we expect programming costs will continue to rise. However, we generally disagree with this forecast, as we see Cable benefiting from potential exclusive access to high demand smart TV services/boxes.

Digital Syndication Windows – Cable and Broadcast networks are jumping into the fray with on-demand streaming platforms. Earlier this year FX announced an app (FX Now) that will have exclusive access to content in a window. This could become the new normal as networks demand exclusivity when they pick up new shows and movies. Separately, over half of TV broadcasters believe that revenue from OTT services will grow by 50%, according to a survey by MPP Global Solutions. While we agree that more content will be monetized using OTT distribution, it may also increase the cannibalization of ratings and advertising, which currently represent the vast majority of broadcaster revenues.

Social Media Advertising – LNKD is moving to broaden its ad revenue to continue to drive more predictable recurring revenues. An important part of this is Sponsored Updates ad units (akin to Twitter's Promoted Tweets), where companies pay to market their posts in users' feeds. Twitter is also targeting more ad revenue and is now opening up its self-service ad platform to all users. Twitter has been improving its targeting abilities, adding keyword, new interest, device, and gender targeting to its self-service ad platform. FB also gives marketers the ability to refine targeting. These improvements should increase ad buyer ROI and pricing for the publishing sites.