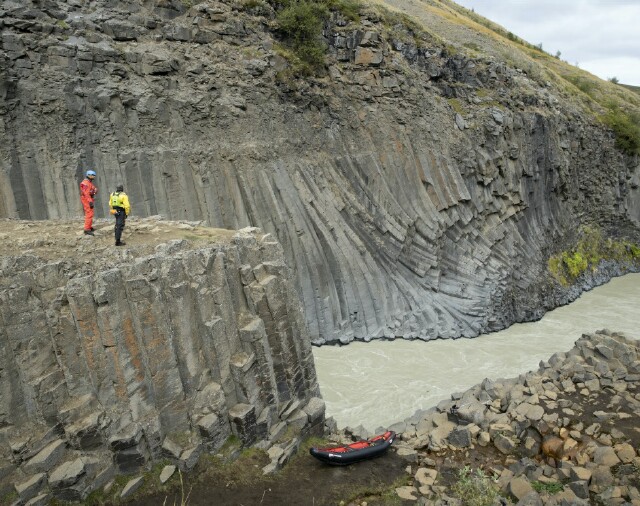 Unless you dabble in a rich fantasy life, you probably don't imagine yourself as Will Smith. However, that unusual transference happens in National Geographic's Welcome to Earth, streaming on Disney+, beginning December 8.

The exquisitely shot series is from the executive producers who created the highly acclaimed docuseries One Strange Rock three years ago -- Protozoa Pictures' Darren Aronofsky and Ari Handel, and Nutopia's Jane Root and Peter Lovering. In One Strange Rock, Smith was a traditional host. This time, he explores exotic locales and stands in for the audience. He asks what we would do were we at the bottom of the sea or the top of a volcano.

"It's a ridiculous thing to say in some ways, but he's an everyman," Lovering explained. "He comes in like one of us would, with a level of curiosity and passion, but he isn't an expert. And being able to use him as a vehicle to get into this storytelling was a huge opportunity for us to showcase the amazing work of the explorers." 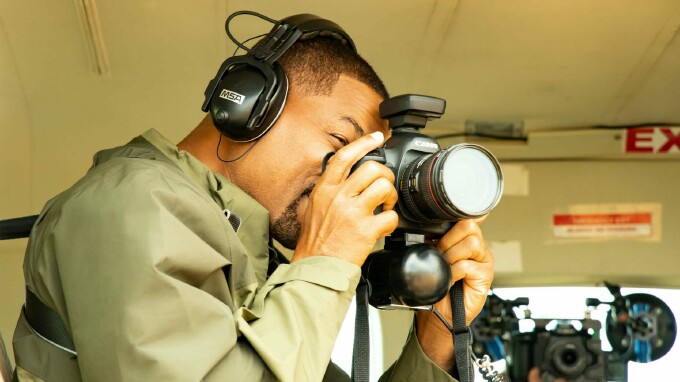 Smith is often hesitant; he's fearful in the water and has to be persuaded to rappel down a crevasse or hang from a rope over a gorge (teeming with alligators, no less). His trepidation likely does not strike anyone with a healthy will to survive as unreasonable. Yet how can you not go when such adventure beckons?

"My grandmother used to say all the best things in life lived on the other side of fear," Smith says on camera. "I sure hope Gigi was right."

Curiosity gets the best of the movie star, and he confronts his fears by traversing the extremes of the globe, testing his grandmother's theory.

"After the first show, [Will] said, 'Why am I talking about it? Why am I not doing it?'" Handel recently told MediaVillage.

In addition to exploring the far-flung locales, Smith is also producing this through his company, Westbrook. He hangs off cliffs and ropes a shark (to painlessly tag it for tracking purposes) -- the sort of antics stuntmen usually do for him.

The series begins with The Silent Roar, where Smith and blind mountaineer Erik Weihenmayer travel to Mount Yasur, a volcano on Tanna Island, Vanuatu, in the South Pacific. Fiery rocks spew forth, and as they stand there, it appears they're the last two men on Earth before Hell consumes them. With the guidance of a volcanologist, they carefully head down, using ropes, as chunks of boiling lava explode up.

As dangerous as this is, the producers stressed that Disney has excellent risk management. (Plus, had one of the world's most popular movie stars died or been injured during this production, you would have heard about it by now.)

Incidentally, if the title of the six-part series rings a bell, it's a line that Smith delivered after knocking out an alien in the 1996 film Independence Day. Executive producer Root noted that it was simply too perfect not to use.

The complicated shoot with 700 crew members covering over two million miles in 34 countries of course reveals the obvious parts of Earth -- oceans and glaciers. The hidden parts prove even more captivating. Sure, you never expected to discuss over dinner how fascinating slime mold is when it moves -- yet it is, and you will. Similarly, watching a desert chameleon's telescopic tongue capture a beetle is cool, though perhaps not for the beetle. That happens so quickly in the episode Speed of Life that the human eye can't perceive it. 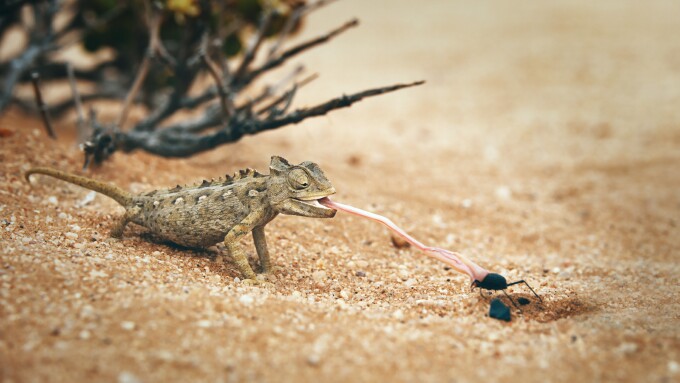 Explorer, technologist, scientist, amputee, philosopher and storyteller Albert Lin is Smith's guide in this episode. The two enjoy a friendly competition. Lin is one of those rare people who does not see obstacles, only challenges he can work around given enough tech and duct tape. Simply because we're incapable of seeing the sands of the desert move does not alter the reality that they shift considerably, as sped up cameras prove.

"We are trying to show the invisible and the visible," Handel explained. "The watchword of the show is wonder mixed with fear."

"I wish I could be afraid with the same charisma," added Matt Renner, Vice President Production, National Geographic Partners.

Renner, who also worked on One Strange Rock,said a motivating factor for this series was: "How can we share a story that can compel someone to get outside and immerse themselves into nature? I felt we completed the task. I never could have imagined a more diverse cast of explorers to help guide us."

Indeed, this breaks the stereotype of only white, older men translating Earth's wonders. There are women explorers, Latinas, a Black man, an Asian man, and explorers with physical disabilities. When Smith is teamed with marine biologist and conservationist Cristina Mittermeier, he marvels that she casually jumps in the water to photograph tiger sharks, which are known to eat other sharks.

"Nothing reminds you of how small and fragile humans are than being in the water with a tiger shark," Mittermeier says on camera. "It's not for the faint of heart."

Like fellow marine biologist Diva Amon, Mittermeier is thrilled to swim with the sharks. For them, it's not just describing cut-throat operators at work; swimming with sharks is their work.

Amon stresses how more people have been to space than to the bottom of the ocean, which is where she and Smith go, in a submersible he likens to the Death Star. Some 3,000 feet deep, they watch one of the most spectacular shows on the planet, as aquatic creatures light up with bioluminescence in the utter darkness of the deep sea. Smith forgets his fears as he watches, mesmerized. 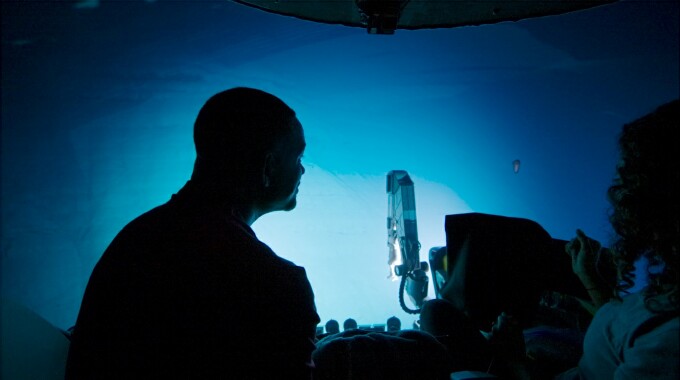 While some of this is, naturally, scripted, the best moments are spontaneous. Since 99 percent of the ocean floor remains uncharted, no one knew they would encounter a giant cliff in the Bahamas at the bottom of the sea. Employing the explorers' rule of naming a discovery, Smith instantly dubs it "The Fresh Peak."

"We threw [Smith] in a volcano, dropped him onto a glacier, plunged him 3,000 feet below the sea," said Alan Eyres, Senior Vice President, Production and Development, National Geographic Unscripted Series. "And I never saw him more miserable than when he was having a COVID test."

As involved as crafting a series of this scope was, making a third of it during the pandemic forced new levels of innovation.

"We found literally the most isolated glacier in Iceland," Eyres says of the spot where Smith and Arctic adventurer Dwayne Fields explore.

Even after making television for over 20 years, Eyres said, "I cannot believe we were allowed to make [this]. You look at it and think no one has ever done this before on TV. Looking at the world through Will Smith's eyes is transformative. He is such a sponge for awe and wonder, and whatever you feel, he magnifies it."