Will the Real Apple TV Really Stand Up? 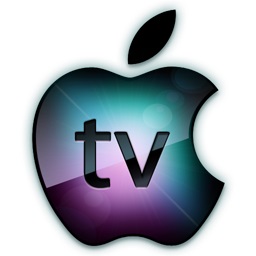 Here's the definition I use for a smart TV device: A set-top, stick or plug-in which gives you the ability to watch (and listen to) much more than your favorite programs/channels, including Internet content (not just Web videos), audio services, video games played without a console like Playstation or Xbox, and a variety of original interactive applications.

Now consider these milestones. Ten million people deploy Roku in some fashion -- stick, set-top and lately, TV set. Google Chromecast, in the marketplace since mid-2013, has chalked up more than one billion views. Amazon Fire TV will celebrate one year of existence next week, and while company executives keep the size of their consumer universe to themselves, they remark that sales and usage of their product in set-top or stick form has exceeded expectations. Intel's Compute Stick, allowing Windows 8 and its apps on the TV set, will premiere any day, and Shield, the device from computer chip king Nvidia, is scheduled to debut in May.

Notice what's not in this bunch? Apple TV! Why not? Because it doesn't do what Roku, Chromecast, etc. do right now.

Ever since Apple Computer launched this set-top eight years ago, this product has basically been another program delivery mechanism. Beginning and end of story. However -- and despite consistent downplay from inside and outside of Apple over the years, including Steve Jobs’ widely-quoted description of Apple TV as a "hobby" -- there are 25 million units worldwide in operation.

Until now, the big disappointment of Apple TV has been that it is nothing more than a program delivery vehicle. All along, it's had the opportunity to be more if the hundreds of thousands of application developers contributing their creations to the iPhone and iPad could further unleash their imaginations. That hasn't happened, even with Apple TV's last upgrade three years ago this month.

The era of disappointment may be only weeks away from over, replaced by the era of Apple TV reaching and perhaps surpassing its previously understood limits and leading the smart TV device world into its next creative era. Buzzfeed reports that when Apple holds its next Worldwide Developers Conference in Silicon Valley, Apple TV will be the core of activity there. Thanks to a bold technology upgrade of capability and capacity, developers will get the blessing to ramp up -- and ramp fast -- Apple TV apps, both original and adapted from smartphone/tablet apps now in play. What's more, the new Apple TV will have advanced voice controls (think super-duper Siri) and the ability to monitor or adjust room temperature, lights, appliances and more via Apple's new HomeKit venture.

That developer conference, attended by thousands every year, usually happens in early June. Apple has yet to date its 2015 event, and per usual policy about rumors and speculation, isn't confirming the Buzzfeed details.

However, current Apple CEO Tim Cook is on record suggesting something big is up with Apple TV. When the company's introduced the Apple Watch earlier this month, it surprised the media world with the news that HBO Now, HBO's alternate distribution effort, will be available via Apple TV next month. Cook ended that news bit by teasing that this was "only the beginning" for Apple TV.

If this report becomes a reality in upcoming weeks, super-duper Apple TV begins with two huge advantages the other smart TV device entrants didn't have -- 25 million units already in operation and hundreds of thousands of developers supercharged to be involved.

You also can kiss that on-again, off-again idea of Apple doing its own smart TV set goodbye. Forever. That will free up investment and technology analysts fueling that idea the last half-decade or so to turn their attention elsewhere.

When Apple sets a date for that worldwide gathering of developers, the clock starts ticking to the moment when the real Apple TV, operating at full steam beyond program delivery, stands up. Advice to everyone else playing the smart TV card: Stand up, pay attention and examine your options. Consider this your warning. And a note here to consumers: Your current TV's IQ may soon take a Grand Canyon-sized leap -- and you'll reap the benefits.

New observations from the passing parade:

AMC, whose Upfront event last year was one of the most immersive and outstanding of all, will not go forward with one this spring. National Geographic Channels is on deck for April. So is Revolt. Still to be heard from: FX/FXX/FXM.

American Black Film Festival, back in New York for the second year this June, will launch a two-day multicultural television expo for the public at the NY Hilton. ABFF expects more than 7,000 attendees for this showcase of the growing diversity landscape on TV. For TV networks, production companies and entrepreneurs looking to break in, this might end up being a must-go.