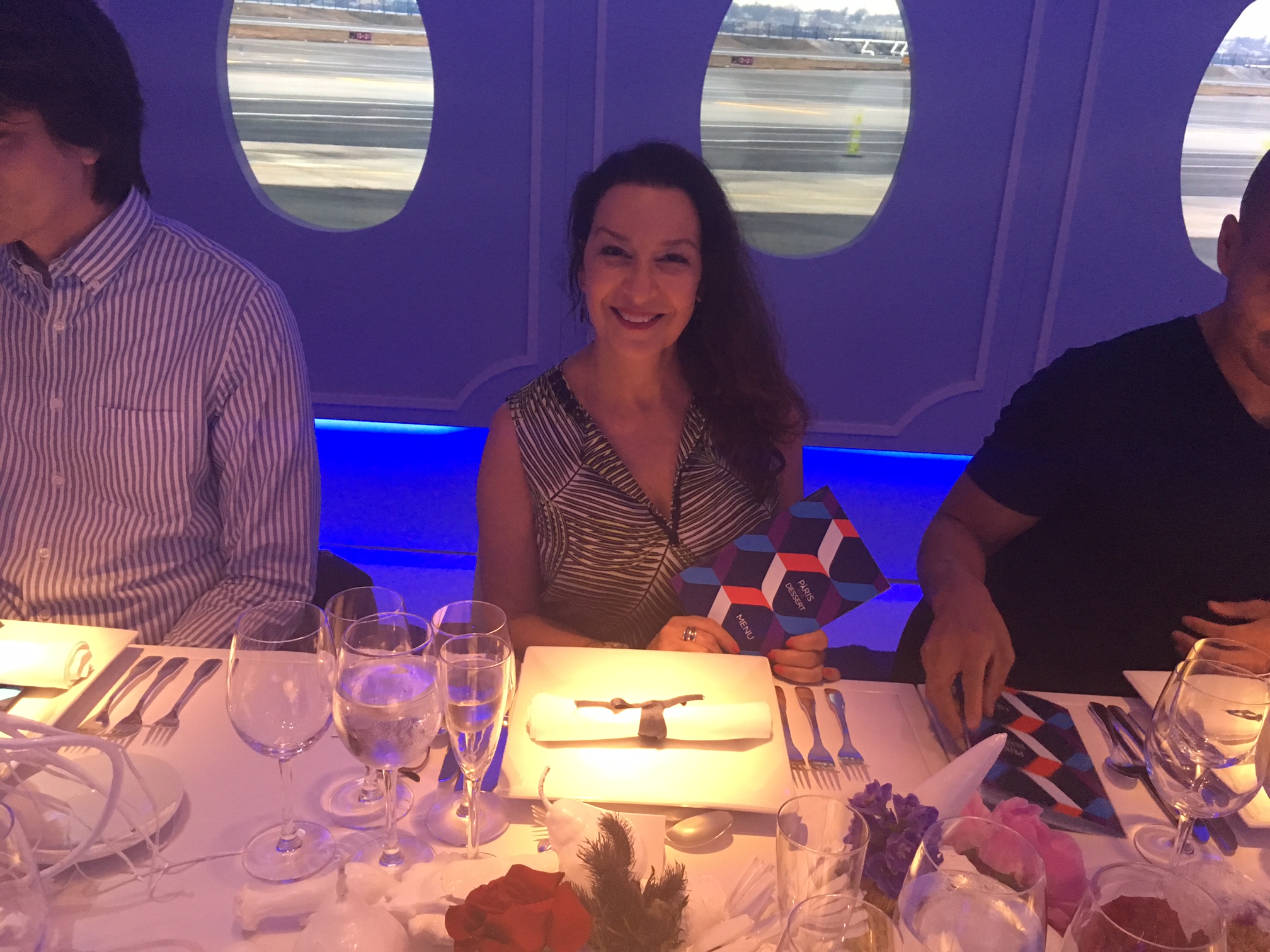 I had a pretty good chance of winging my way to Paris this week for two luxurious nights and an haute cuisine dinner, but I turned it down.  I couldn't afford the free trip.

I have created some exciting sponsored promotions in my career, from a sweepstakes for Gallo wine and Food Network that sent a winner to a pro stadium for a game of catch and private barbecue with NFL players, to giving a winner a trip to the Classic Rock Awards and a Gibson guitar autographed by every rock legend imaginable.  I learned the value of brand lift generated by the excitement associated with great prizes and, after working with promotion law experts like those at Manatt, the imperative for scrupulous legal and compliant copy.  But this time I was on the receiving end of the excitement: I was a finalist in an Air France-sponsored sweepstakes to promote its chef-created cuisine … and forgot my brand lessons until it was almost too late.

Last week a friend and I came across a pop-up photo display in New York City collecting entries (and data, of course) of those who posed for then socially shared a very cool panoramic superimposing the entrant in Paris, France.  As a Francophile, she begged me to stop and enter (not just "enter to win," by the way, but as a promotion lawyer would advise, "enter for a chance to win").  It required jumping through many social media hoops to enter, but I agreed, if only because I would enjoy the guaranteed prize of a free macaron after entering.  The grand prize?  An invitation to a gourmet dinner in New York the following weekend where one attendee would get whisked away that very same night for a business class flight on Air France to "Paris for Dessert."  It was a brief two-night stay, but at a luxury hotel and a meal at a Michelin-rated restaurant.

One can dream, right?  But I actually woke up to an Instagram DM from the producer that I was a finalist!  Then I had just a few hours to quickly identify my "plus one" and include both of our passport expiration dates on the eligibility form.  Hands shaking, I of course quickly called my good friend the Francophile to see if she wanted to be my guest for the prize she so desperately had wanted to win ... only to discover her passport was expired!  With the clock ticking I had to find someone flexible enough to drop everything for a Saturday dinner and the chance they might not be home again until Tuesday.  (I trusted I could spring this news on my understanding MediaVillage.com bosses and work very remotely for a couple of days, but that apparently is not the norm for my sister, beau, nephew or bffs.)  Finally, a plucky pal agreed, the form was sent and I was confirmed for dinner at a Mulberry Street location.

And then it dawned on me in my distracted excitement as a finalist (or, in promotionally compliant language "potential winner") that even the savvy promotion marketer I am hadn't read more than the brief rules at the entry point!  But where were the complete rules?  Hmmm.  Let the marketing reminders begin:

Confused yet?  Me, too.  As a result, I decided to avoid a tax liability and opted to just attend the dinner.  Fourteen other finalists practically too excited to eat showed up with suitcases and passports in tow, ready to be the one whisked away if their Paris number was up, lucky (?) stiff. Momentarily envious, I focused instead on an amazingly well-produced evening of caviar, champagne and an exquisite Daniel Boulud-created menu all in a wonderfully recreated luxury flight, complete with virtual reality videos of sky and cityscape from the "portholes."  I knew I'd be sleeping in my own bed instead of a reclining plane seat that night, so I relaxed over a flight of expensive wine accompanying my four-course meal.

So, brand promoters, for sweet success in sweepstakes activations, do your diligence.  For me, Paris can wait, as there is no such thing as a completely free dessert.