With "I'm Listening," Audacy Shines a Light on Mental Health 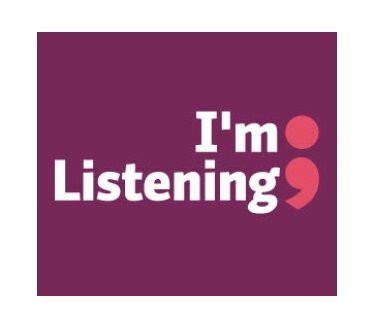 Audio has always been a powerful megaphone to raise awareness for important causes, and industry leader Audacy is leveraging its AM/FM stations and digital assets to promote mental health, suicide prevention and self-care. In honor of May's Mental Health Awareness Month, the company is shining a light on mental health with "I'm Listening," a yearlong mental health initiative.

With daily audio public service announcements, online resources and an annual live show, "I'm Listening" taps well-known artists, athletes and celebrities -- from Alicia Keys to Ariana Grande to Dak Prescott -- to speak out about their own struggles. By sharing these stories and sharing support services, Audacy's Senior Vice President of Programming Dave Richards said, "I'm Listening" is both raising awareness and reducing stigma.

Few topics are as personal as mental health and suicide prevention, and audio is a reliable way for listeners to access information and build community. As one of the country's largest radio station owners and a leader in digital streaming, Audacy is uniquely positioned to advance this cause. Audio is delivered directly to earbuds, in cars or at home, allowing audiences to make intimate connections with the hosts or celebrities on air, streaming or on podcasts, noted Sarah Harris, Audacy's Vice President of Social Impact.

"As an audio platform, we're creating space for people to talk, to elevate their voice and be heard," she said. "We are using our greatest strength, the power of talk, to end stigma of talking about mental health."

Audacy, formerly known as Entercom Communications, first launched "I'm Listening" in September 2017 on World Suicide Prevention Day. Following the deaths of a number of well-known artists, including Nirvana's Kurt Cobain and Soundgarden's Chris Cornell, Richards said the company wanted to take action. Radio stations often respond to a crisis by using their airwaves to raise funds, but Richards said the company wanted to do more.

"At a certain point, you're saying, 'What can we do to help?'" said Richards, who was then head of programming for venerable rock station KISW-FM in Seattle, an epicenter of music where these and other deaths resonated deeply. "We wanted to help voice people's emotions, how they feel, and what's inside of them."

In response, KISW-FM hosted a two-hour live show featuring personal stories from artists and celebrities, as well as mental health experts. At first, Richards said it was difficult to find celebrities willing to go on-air to discuss the topic or share their experiences. More recently, as public awareness and openness have exponentially grown, Richards said more celebs and influencers are coming forward to share their struggles. Now, a who's-who of music, entertainment and sports participate in "I'm Listening," and Audacy runs "I'm Listening" content throughout the year, with extra emphasis in September and May.

Since the COVID-19 pandemic erupted in spring 2020, the "I'm Listening" public service campaign has taken on increased importance. Americans have endured more than a year of stress, isolation and anxiety, as well as concerns about their health, family and work. Mental health and self-care have never been more important, and corporate America is prioritizing the emotional needs of employees and customers.

Within their own ranks, Audacy is walking the walk, encouraging employees to take advantage of medical benefits, including counseling, and paid time off. They are also promoting public discourse with messages from senior leadership and company-wide conversations around mental health. A recent town hall focused on mental health and wellness, with experts on hand to answer questions. Once again, the idea is to remove stigma and promote wellness.

"We're creating space in the workplace to say, 'It's okay to not be okay,'" Harris said. "We're here to support you and connect you with resources that help move you from languishing to flourishing."

This year, Audacy is expanding "I'm Listening" content with daily audio capsules featuring its talent, celebrities and influencers sharing experiences and discussing mental health. Also, several of Audacy's podcasts are devoting episodes to the topics, and the company is in early talks with a partner to create branded podcasts based on the topic.

A special section of Audacy's website curates important resources, including contact information for a number of mental health organizations, as well as links to Audacy partners the American Foundation for Suicide Prevention (AFSP) and the Mental Health Action Day Coalition that directly connect listeners to resources.

In a new partnership, Audacy is teaming up with Genomind, a medical technology company that provides mental health insights based on DNA testing. The company's genetic mapping technology can help users understand predispositions to mental health needs, and sheds light on how genetic composition can influence mental health wellness. Genomind is sponsoring the daily capsules, as well as the upcoming 2021 "I'm Listening" event, slated for September. Also, some of Audacy's hosts and influencers are participating in the testing and sharing how their results are informing behavior changes for wellness. Audacy employees also have access to the Mental Health Map at discounted rates.

As "I'm Listening" continues to grow, Richards noted that the goal remains the same: To help listeners recognize their needs and find support. Hearing celebrities share their stories can be motivating and consoling. "When you hear the darkness that people may be in, and that the show, the capsules, or the initiative has helped them get to a better place and find the help they need, then we've done our job," he said.