With Mario Andretti, Bridgestone Takes on Michelin in the Tire Marketing Wars 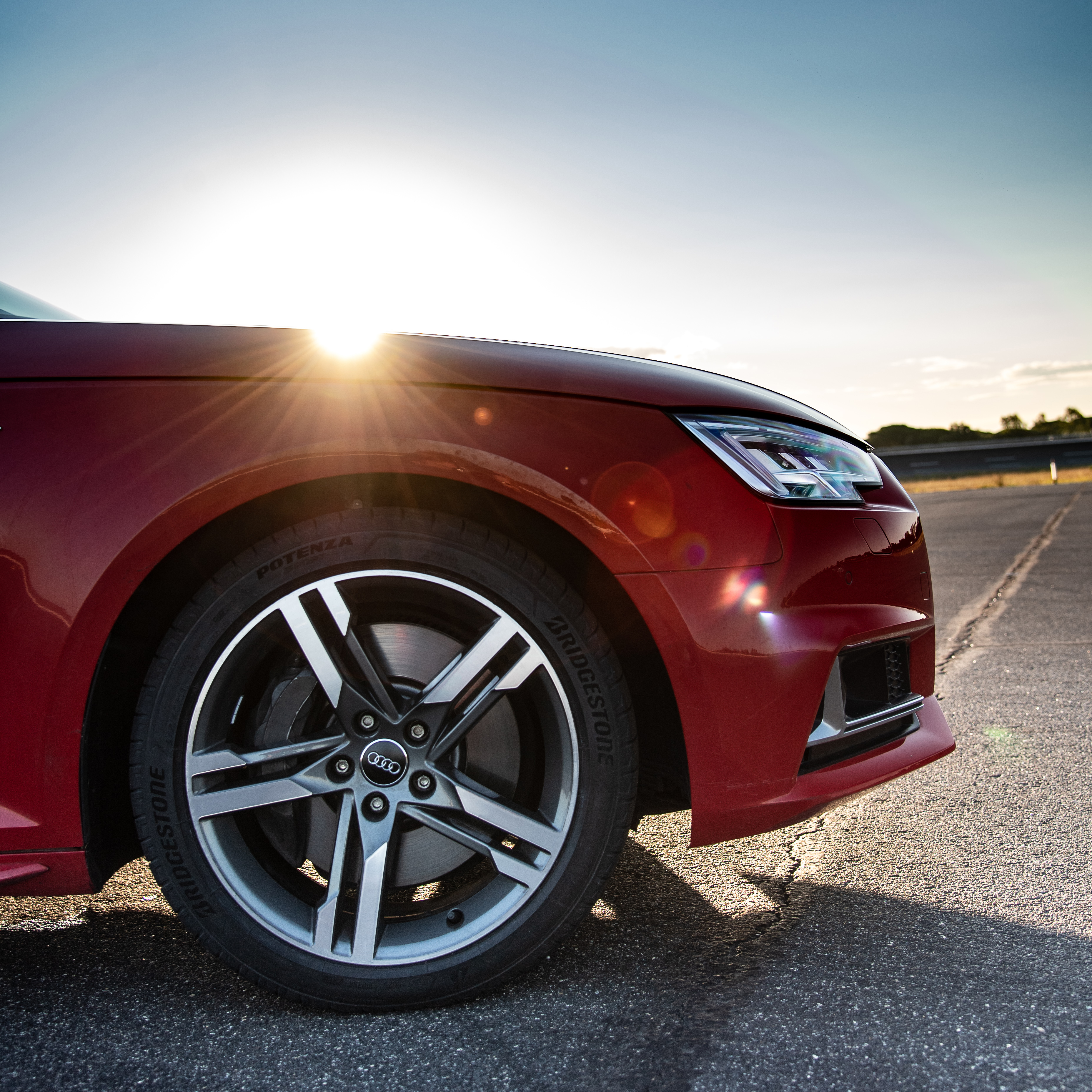 I didn't realize that tire marketing was a contact sport. That's the conclusion I came to while watching a video presentation as Bridgestone introduced two ultra-high-performance tires, the upgraded Potenza Sport and Potenza RE980AS+. The company took on its direct competitor -- Michelin, maker of the Pilot Sport 4S -- and found it wanting.

It's unusual to directly criticize the other guys in the auto marketing space. But this is a high-stakes game. The Pilot Sport 4S costs $379 each from Tire Rack. The older version of the Potenza Sport is $250 there. Clearly, Bridgestone wants some of Michelin's performance tire business, and is willing to get aggressive about it. The company's current generation Potenza Sports are original equipment on such high-end cars as the Lamborghini Huracán STO and Maserati MC20.

Automakers and suppliers will sometimes say their product is "superior to leading brands," but they commonly leave it up to consumers to decide which ones are under discussion.

The presentation I saw was aimed at tire dealers and the media. Why this approach now? "The Michelin Sport 4S is a top competitor in the luxury performance space," says Will Robbins, Director of Consumer Product Strategy at Bridgestone Americas. "We are confident that the Bridgestone Potenza Sport has what it takes to go head-to-head with some of the best in the category, and we wanted to showcase that comparison directly to consumers."

It's a demanding field. "The ultra-high performance (UHP) category is very unforgiving," said Jeff Cook, Bridgestone Americas' Director of Portfolio Planning. "It's about precision and control." Dale Harrigle, chief engineer for replacement tires, said that the key to the new tires' grip in wet and high-speed conditions is their ultra-high silica compound. Tire nerds can get excited about "3D sipe technology" and "a new hybrid crown reinforcement."

But then the rubber hit the road. Driver Burt Frisselle took out a BMW with the Potenzas, going in circles on a wet road and gradually increasing the speed, until they lost traction at 31 mph. Then, with the same car on Michelins, he started to lose it at 28 or 29 mph. "When it's raining, the Potenzas have a bit more threshold grip," he concluded. "With the Michelins, you're struggling more. The Potenza Sport gave me the confidence to go faster."

This kind of thing matters to performance car owners, who will choose one car over the other based on their ability to go two-tenths of a second faster to 60 mph. Tires for these car enthusiasts is a growing business. According to Mordor Intelligence (MI), the compound annual growth rate (CAGR) for the high-performance tire market is projected at 6.5 percent from 2020 to 2025. "The growing popularity of various types of automotive racing around the world has helped boost the growth of the market to a significant extent," MI said.

Acceleration times are a prime marketing factor, and automakers keep ratcheting up the art of the possible. The very fastest cars are electric, by the way. The Tesla Model S Plaid Edition reaches 60 mph in less than two seconds, as does the Rimac C_2 (1.85 seconds).

In part, Bridgestone is after replacement tire business, with speed-obsessed drivers looking for the extra edge. Bridgestone driver Lea Croteau was all smiles at a track down in Alabama. "These tires have me all hot and bothered," she said of the Potenzas. "I love it." Her smile turned upside down with the Michelins. "It's not the same story with this tire at all," she said. "There's a lot less lateral grip. It just slides all over the place."

Bringing out Mario Andretti, one of the most awarded race drivers ever, certainly reinforced the case they were making. He is one of only two drivers to have won in Formula One, IndyCar, NASCAR and the World Sportscar Championship. (Dan Gurney is the other one.) He even won in midget and sprint cars.

Andretti got in the BMW with Frisselle, who after a few laps concluded, "I think we both know what tire we prefer."

"With the Potenzas, the grip level is amazing, you have control, and when you reach the limit, they bring you back," Andretti said. "[With the Michelins] you just don't have that margin. It's huge."

Back in the studio, Bridgestone's Merritt Gilbert concluded that the Bridgestone Potenza Sport has "three percent better grip than the competition," i.e., Michelin. And she added that it comes in 65 sizes to fit 81 percent of sports cars and sedans. Bridgestone's press release says that the new Sports "with upgraded wet acceleration and handling achieve three percent faster lap times than competitors on a wet track." A footnote says that's the result of "internal testing" against another UHP tire, the Continental ExtremeContact.

In the video, there was a brief segment featuring the tires in winter testing with a Tire Rack team, but the conclusions had fewer superlatives and were more along the lines of the Potenza Sports being competitive with other brands.

I was curious what Michelin thinks about all this. But the company isn't talking. "We will not be able to participate in this one," said passenger tire spokesman Phil Watson.