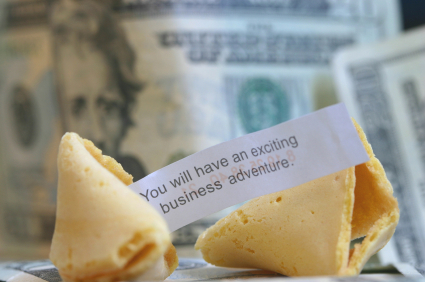 The holidays came early to investors as the markets ramped up into December. The last five trading days have pushed the S&P 500 up over 7%, although Friday's closing suggested the potential for a downward adjustment this week. Media firms also participated in the rally, with the group rising by a similar amount.

Smartphone developer Research in Motion's (RIMM) stock continues to struggle, hitting a 5-year low this week even as the market rallied. The jury is out whether the firm will remake itself as the next PALM (not necessarily a good thing) but it's becoming increasingly clear that Apple's iPhone and Google's Android platform are eating RIM's lunch. RIM has just not been able to capitalize on the popularity of its instant messaging platform among young people.

While much of Wall Street has soured on the previously high-flying RIM, they sing a different tune when it comes to Internet radio pioneer and recent IPO, Pandora Media (P). The darling of most media analysts has seemed to almost get a free pass from the industry, according to EVP/Radio Analysis and Insights for Katz Radio Group, Mary Beth Garber.

In an article published on Radio Ink this week, Garber questioned the motivation of the media's love fest with Pandora. "It would make a great project for a Social Sciences class—how various press and bloggers, with rare exception, have simply accepted Pandora's claims, skepticism-free, and then proceeded to exaggerate them even further," she wrote. Pandora's stock hasn't reflected the media's approach, though -- it's down 40% from its first day of trading.

Black Friday has Internet media players seeing green, as all kinds of records were set on the first day of shopping for the 2011-2012 holiday season. According to the National Retail Federation, a record 226 million shoppers hit the stores and websites over Black Friday weekend, with the average shopper spending 9.3% more to about $400 and pushing the total spending to a record $52.4 billion.

Online retailing giant Amazon.com (AMZN) definitely had its hand in these record volumes, experiencing strong demand of its new tablet, the Kindle Fire. Barclays analyst, Anthony DiClemente wrote to clients this week that he believes the tablet's success is based off its "strong value proposition for consumers...in an underserved market looking for a quality tablet at a low price point."

Amazon reported that its Kindle family of devices sold 4x what it did last Black Friday, with the new Fire tablet topping its bestselling list on its website. Brick and mortar retailers also saw good sell through -- as Best Buy and Target reported strong sales of the devices. Some industry analysts believe that Amazon has already sold over 2 million Fire tablets.

Basketball fans had reason to cheer over Thanksgiving as the NBA and the players' union reached an agreement to terminate the league's lockout after 149 days. The league is set to play an abbreviated season, tipping off on Christmas Day. Barclays Anthony DiClemente sees the new deal as "a small positive for Time Warner (TWX) and likely neutral for Disney (DIS)", lifting any overhang on both stocks caused by the lockout. Close to $800 million in ad revenues were at stake, small in comparison to the $3 billion spent on football but not insignificant for the networks. Barclays believes that the networks may also see a pro-rata refund for the games not played or rights on additional games given as compensation for the shortened-season.

Wall Street was almost as excited for Disney's (DIS) dividend increase this week as they were for the firm's new installment of The Muppets, which opened to $40 million in its first five days of release. The media conglomerate boosted its dividend by 50%, prompting Lazard Capital's Barton Crockett to read through positive signs to a general economic rebound in the media sector. "The dividend news allows investors to draw a broader conclusion about the economic outlook. We take that as a clear sign that Disney sees a healthy business and no double dip on the horizon," he said this week.

Bloomberg broke the story that Yahoo might see a buyout bid from an investor group led by Chinese Internet firm, Alibaba. This deal would see all of Yahoo change hands, as opposed to previously announced deals for just pieces of the firm. If this deal is consummated, Blackstone and Bain would take control of the U.S. operations of the firm while Alibaba would buy back the stake in its own company that Yahoo already owns. Japan's Softbank would also participate, buying a stake in Yahoo Japan. Yahoo's stock rose almost 5% on the news. Many investors are skeptical that Yahoo will succeed in selling itself. The off-again-on-again process has hurt the company as the core business continues to erode. Even more unclear is who the actual winning suitor might be.

Regardless, most analysts agree that there is value to be unlocked through a deal for Yahoo. Ken Sena, an analyst at Evercore Partners Inc., estimates Yahoo's worth $18 a share, with $5 coming from the U.S. Internet business. The so-called off-balance-sheet assets -- including the Asian investments -- are worth $11 a share, plus $2 in cash, he said.

Media investors will get an inside glimpse of the future of the industry next week as the "longest running show on Wall Street" -- the UBS Global Media and Communications conference -- kicks off. Top executives from leading media firms like Netflix (NFLX), Discovery Communications (DISCA), and Viacom (VIA) will present on the current state of the industry. "What are the important trends in video consumption, distribution and monetization?" will also be a recurring theme, according to UBS' Aryeh Bourkoff.