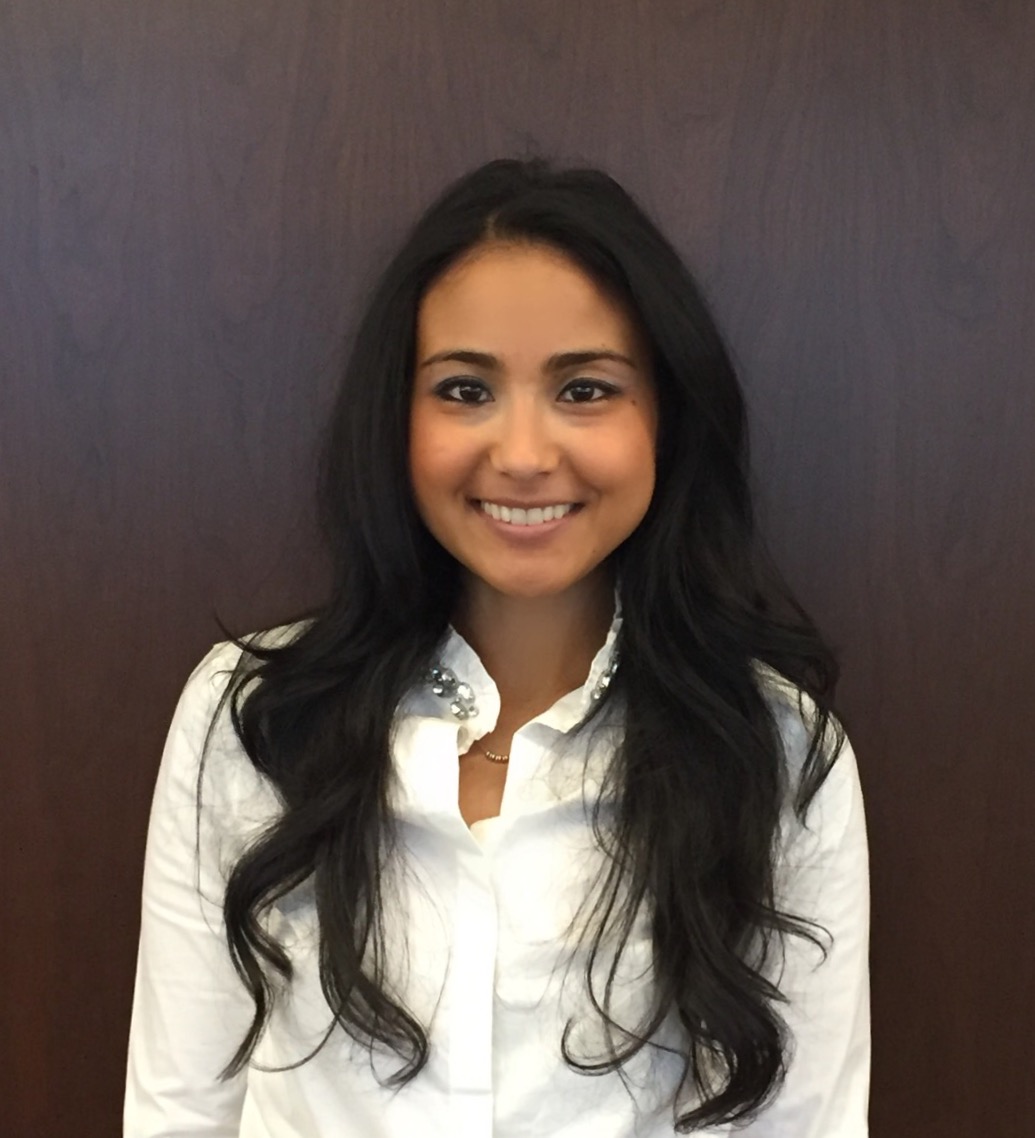 The advertising and marketing industries are in the midst of a technological revolution that constantly reveals new and different ways to reach consumers. Yasmin Elgibali of Hilton Worldwide welcomes such changes and has been eager to explore opportunities that allow her to grow and evolve right along with the latest innovations in her business. 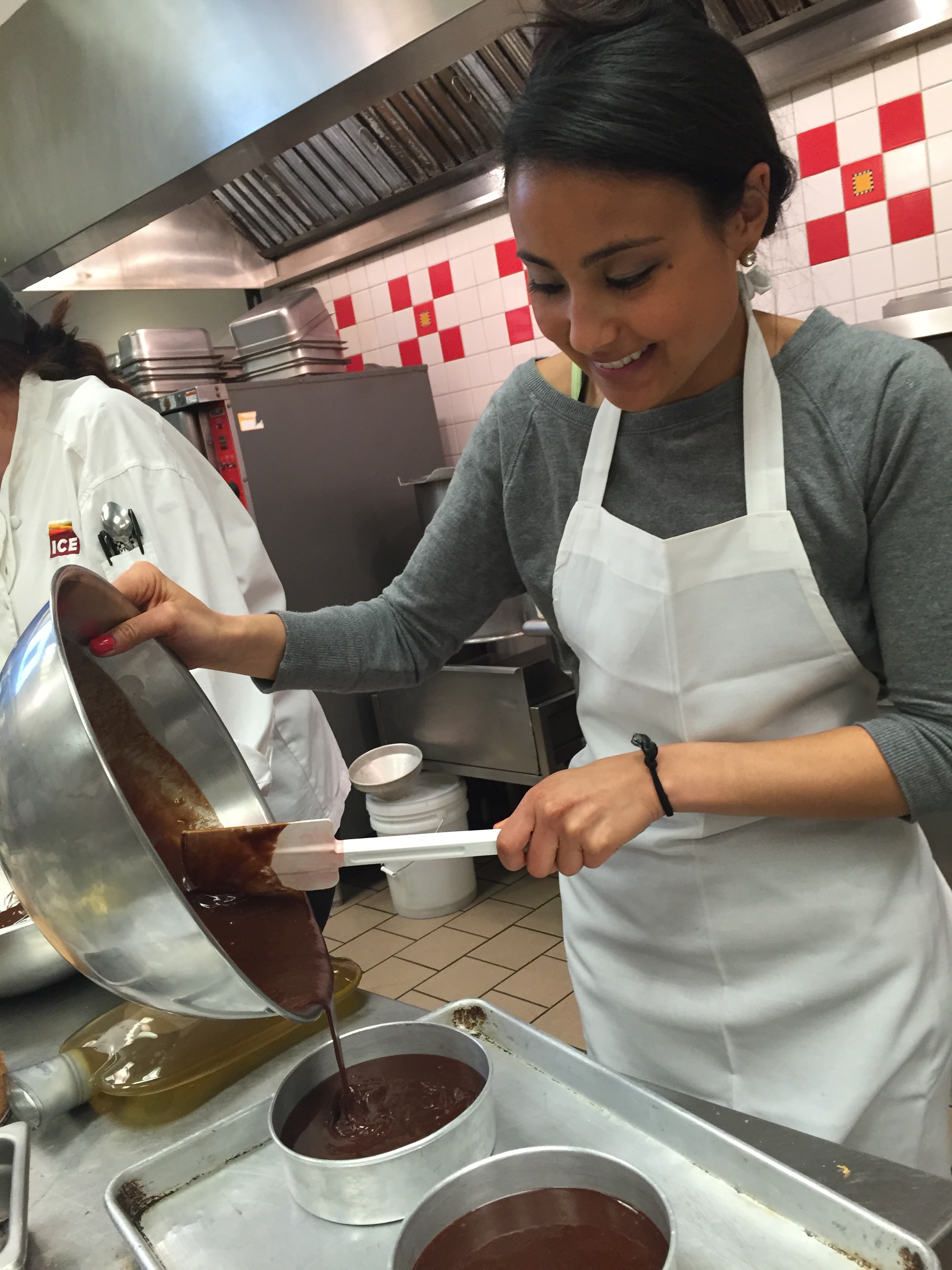 A northern Virginia native, Yasmin is the youngest child of two immigrant parents. Throughout her young adulthood she was always surrounded by business and entrepreneurship. Yasmin's father, from Egypt, established and ran his own international grocery store in addition to teaching Arabic at the Foreign Service Institute and at the University of Maryland. Her mother, from South Korea, worked as an accountant for what is now Exxon Mobil and ran a boutique jewelry business. Also proud James Madison alumni, Yasmin's older brother and sister studied Marketing and International Business, respectively. She says her older siblings set the bar high and credits her entire family for both encouraging her and offering her the support she's needed throughout her career.

Yasmin followed in her family's footsteps in high school, as she was actively involved with DECA, a business and entrepreneurship organization. She traveled to state and national competitions to pitch business ideas and became the org's president by her senior year. "My father's drive as an entrepreneur has always inspired me, and I knew DECA would provide me the skills to supplement my determination to succeed as a business owner," she says. "It was truly an enriching experience."

While the rest of Yasmin's high school days were filled with basketball, field hockey, community service with Key Club, and her favorite pastime, cooking and baking, her attraction to business and marketing persisted in college. Early on she became a Marketing Assistant with James Madison's recreation center.

"I used my background in marketing and the experiences I had working at the gym to help build my resume and highlight my skills," she says, which was similar to how she landed her first job out of college. Yasmin did her research and began her career as an eCommerce Marketing Assistant in the hospitality industry with hotel management company Crescent Hotels & Resorts. "I learned how to navigate the digital world and be resourceful," she explains. "There's only so much training I could get in school. The rest had to be real world experience."

Yasmin's can-do attitude earned her a promotion to the role of eCommerce Specialist while with Crescent, but after two years, she had an itch to try something new. Motivated by being selected for a feature in Cosmopolitan Magazine on "Dream Jobs" (see image below), she took active steps toward her dream job of owning her own bakery, including taking a Baking & Pastry course at the Institute of Culinary Education as well as taking on a baking apprenticeship on weekends. While she didn't go all the way with her business venture, she strongly believes that one experience lends itself to the next, noting that "it was a once and a lifetime opportunity and you don't have anything to lose by giving something a shot." You never know when hidden talents may be handy, and this appears to be a trend for Yasmin as her previous experiences have continued to be assets throughout her career.

Another transition was ahead for Yasmin as she made the move to New York City for a job opportunity on the agency side with Womenkind. After seeing them go head to head with male-centric agency DIGO on AMC's The Pitch, she was sold. "Womenkind rocked it!" she says. "I was so impressed by them. They did such a fantastic job and if they were hiring, I had to work for them." Yasmin started with Womenkind as an Account Coordinator, where she worked with clients such as Citibank, Post Foods and Mutual Omaha. After Womenkind, she headed to mid-sized agency DeVito/Verdi as an Account Director where she worked on a portfolio of clients including Tribe Hummus, Gold Toe, Gildan and 7-Eleven. As a liaison, she learned how to think creatively and juggle the needs of many clients.

Now with Hilton Worldwide, Yasmin expresses her love for the brand side. "I was excited to be able to focus in on one thing that I'm passionate about," she says. "I've always loved travel and hospitality and my team is amazing. I get to work on exciting global campaigns. I get to work with agencies. It's really full circle!"

Yasmin worked on Hilton's largest campaign ever, "Stop Clicking Around," that emphasizes how customers don't need to worry about sorting through a dizzying array of websites to find the best deal. She's clearly excited about the growth and evolution of the industry. "I want to continue to contribute and make a positive impact," she says. 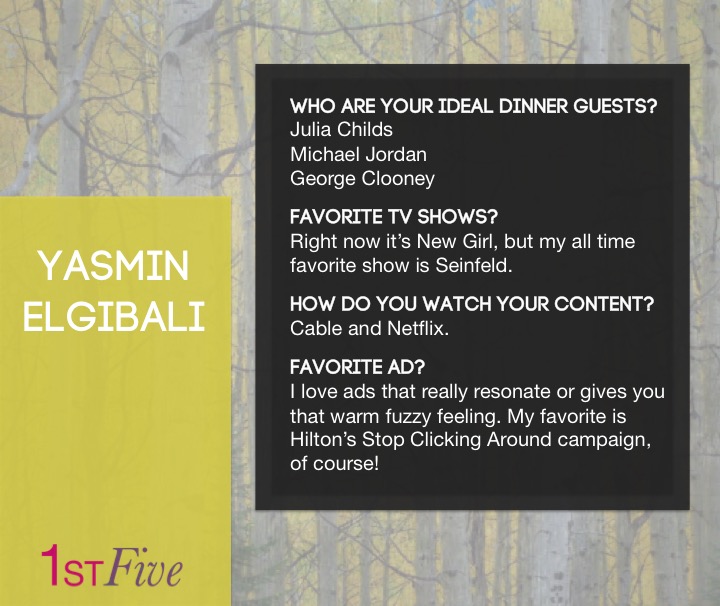 Asked what advice she would offer to her younger self, Yasmin replies, "Work hard and do your best, but be open to different opportunities that come your way." It's great to have a plan, she adds, but not to hold yourself to it. "I don't think I would have done half the things I've done if I wasn't adaptable," she says.