Yes, This Should be a Podcast with Radio Industry Legend Erica Farber. But It's a Legends & Leaders Video. 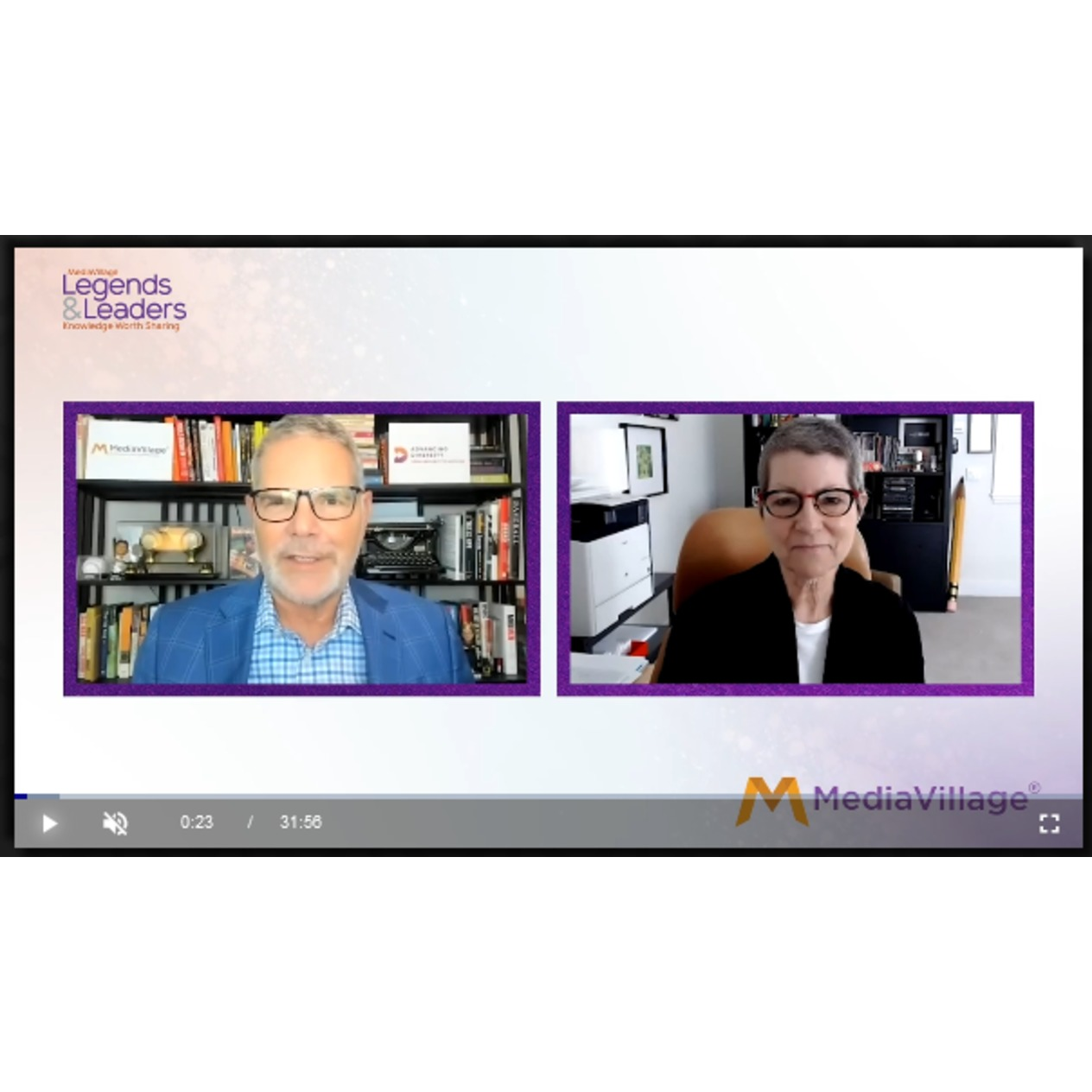 As we head into 2022, the radio industry celebrates a decade of Erica Farber's leadership as President and CEO of the Radio Advertising Bureau. On October 28th, Erica is being inducted into the Radio Hall of Fame, a well-deserved recognition. Erica and I met when she was General Manager of RKO's flagship New York FM station 99X and I was competing as a sales manager at ABC-FM's WPLJ. While I moved into TV and then to my own business, Erica has been steadfast in her dedication to radio and is legendary as the radio industry's most visible and vocal leader. In 2000, Erica received an American Broadcast Pioneer Award from the Broadcasters' Foundation and has consistently been voted one of The Most Influential Women in Radio. (View my Legends & Leaders conversation with Erica above.)

In 2009 she was awarded the inaugural Trailblazer award by the Mentoring & Inspiring Women in Radio Group, a group she was a founding member of in 1999. In 2012 she was named one of the Giants of Broadcasting by the Library of American Broadcasting. In 2020, she received the National Service Award from NABOB, the National Association of Black Owned Broadcasters for her leadership and dedication to promoting diversity, equity and inclusion in the radio industry. And now her Radio Hall of Fame induction.

As a standard bearer for the radio industry, Erica's insights, guidance and energy continue to drive the business forward. In my Legends & Leaders conversation with her, we explore her path over the past years and how it intersects with and reflects the path of radio and audio advertising. Erica acknowledges "like every industry, radio has continued to reinvent itself and change. The definition of the word radio itself has changed dramatically. Multiple brands are spending more in radio now than they have in years, and if it wasn't working and they weren't developing a great ROI they wouldn't be there, so I cannot think of any better case study than that."

For Erica's inspirational story and perspective on the future of the radio and audio medium, view my complete Legends & Leaders conversation here.