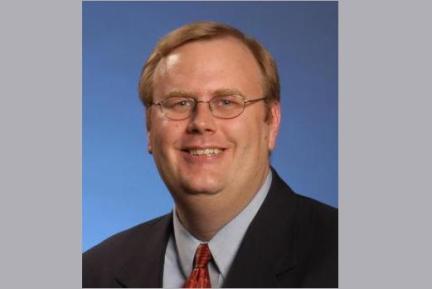 The transformation in our media landscape is breathtaking no matter who you are, but it holds special import for the so-called "Internet Natives" who are consumers young enough to have no memory of a life without web browsing, cell phones, texting, and high-definition video.

This digital generation, born during the last two decades, was the subject of this month's panel discussion at the iMedia Video Summit organized by Jack Myers , author of Hooked Up: A New Generation's Take on Sex, Politics, and Saving the World . Jack's book provided the premise for the discussion, describing this generation as "the small band of impatient, empowered, multi-tasking, curious, confident, confused, sexually liberated, sometimes binge-drinking and often fragile kids who were the first to be born into the Internet Age."

In preparing for the discussion, I spent some time digging into my own firm's database of consumer brand conversations to understand how today's 13- to 22-year-old consumers—all born since 1990—differ from the older core of the primetime viewing audience, ages 30 to 49. Here's some of what I found and shared: 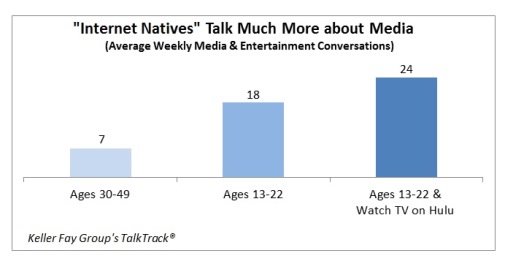 - Brand-Oriented: Across all consumer categories, brands are a conversation currency. They talk about brands 120 times per week compared to 70 times per week for their older peers. This brand engagement helps to make them more influential in spreading recommendations, and makes them an attractive target for advertisers.

- Engaged with Advertising: When the Internet Natives talk about brands they are much more likely to refer to something they've seen in the media—whether that message has been paid, earned, or owned. Two-thirds of their conversations refer to media, compared to half of the time for older consumers.

- All Media Are Social: Yes, digital media (25%) drives more conversation content for this generation than TV (19%), or magazines (8%), but for virtually every form of media – both new and old -- the younger consumers out-perform their older peers in leveraging content for conversation. In fact they are nearly twice as likely as their older peers to refer to content from magazines, radio, and direct mail when talking about advertiser brands.

- Face-to-Face: As one might expect, Internet Natives have twice the proportion of conversations online as the older group (14% vs. 7%). But the surprise is that face-to-face still dominates as their preferred mode of conversation, in three-quarters of conversation, similar to that of their older peers. Rather than stealing from face-to-face, digital tends to steal share away from an older technology: talking on the telephone.

When one takes all these results together, we see a "lean forward" generation, who views media as a participatory activity rather than as a passive one. The sharing of ideas and information has become instinctive for these consumers. Using digital media to seek out additional information in response to marketing is second nature. Technology is an enabler, but this is a generation that lives as comfortably in the real world as they do in the digital world.

In the 1960s, the communications guru Marshall McLuhan described media as "an extension of ourselves." With their active use and sharing of media in all its forms, the Internet Natives are proving how right McLuhan really was.

Brad Fay is COO of the Keller Fay Group, a research company, and with Ed Keller, he is co-author of The Face-to-Face Book.

Read all Brad and Ed’s MediaBizBloggers commentaries at WOM Matters.

Brad Fay is the Chief Operating Officer of the Keller Fay Group, Chairman of the Word of Mouth Marketing Association (WOMMA), and President of the Market Research Council. He is also the co-author, with Ed Keller, of the Face-to-Face Book: Why Real Relations…