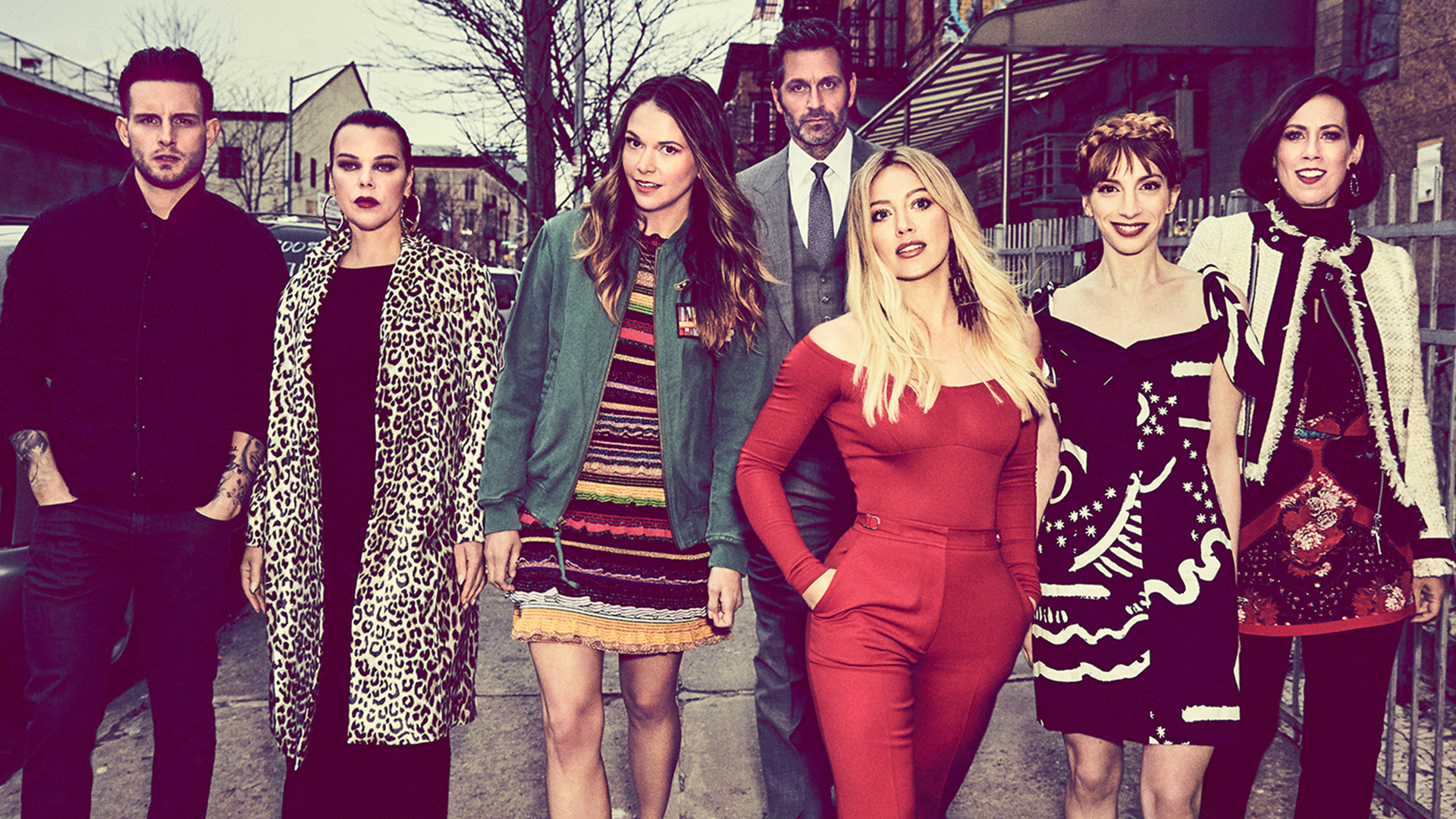 A few years ago, TV Land interrupted its Facebook feed of clips from Gunsmokeand The Andy Griffith Showwith a post mentioning a particular part of the female anatomy to promote the premiere of Younger.  More than a few followers of the network -- then known for a lineup of family-friendly reruns -- weren't happy.  Oh, how times have changed.  It's those racy posts that Younger fans count on and share with friends now, and they tune in religiously to follow Liza (Sutton Foster), a 40-something who lied about being a Millennial to land a job in the Manhattan publishing world.  The fib got Liza the gig and a group of uber-attractive friends and lovers.  Social media got Younger success.

Clips, memes and games with the cast are released every few days via Younger's social handles and the actors' accounts.  They're packaged as snackable, user-friendly bites meant to be shared.  In the early days, the strategy helped boost the show's audience by 65 percent from Season 1 to 2 among viewers age 25-54.  Back then, executives felt they had a hit on their hands that wasn't reaching its full potential.  "While there's no data that organic social engagement leads to immediate Nielsen gains, it does increase sentiment, buzz, catch-up and advocacy in a way that is both a long-term ratings play and a short-term earned media impression play," says Red Fabbri, Vice President, Fan Engagement and Editorial at Paramount Network and TV Land.  "We have social as an integral part of Younger because if it's done right, it's an unrivaled net positive to every part of the show and our marketing.  It builds fandom in a way nothing else can."

The average age of Younger's audience in Season 4 was 49 -- nearly a decade younger than TV Land's average primetime viewer.  "This is the show we used to help change the perception of TV Land," says Ona Weber, Director, Social for TV Land.  "When doing that, you have to actively seek that new audience and continuously engage them."

The series has an always-on social strategy that keeps fans invested in the lives of its cast and characters year-round.  "We are programming [social] for 12 months," says Weber.  "We're trying to create an experience to extend the life of the show."

When the show's off the air, Younger'ssocial team posts original content across all of its social platforms.  Weber also provides the cast with content to share on their personal feeds.  The fare tends to be quirky games with the cast, such as asking them to decipher cryptic emoji phrases or whether a string of wordsis a sex position or an indie band.  They also keep fans connected with the cast via content like quick questions (asking the male cast members whether they wear boxers or briefs, for example) and inspirational messages, such as interviewing Hilary Duff on motherhood.

Leading up to each Youngerseason premiere, TV Land releases a first look trailer on Facebook and YouTube.  It captures the cast seeing each other for the first time at their table read, their reactions to reading the episode and commentary from Darren Star, the executive producer, discussing what's in store for the season.  So far, the Season 5 video has been viewed 270K times on Facebook and YouTube.

Another cut of the table read, featuring a 360-degree video, announced the new season's June 5 premiere date.  Viewers could see the episode being read by the cast at the table and then scan over to enter the set of Josh's apartment where a mounted TV showed the finished clip of that same scene.  The premiere date was hidden throughout the set and table, and fans were encouraged to post in the Facebook comments section where they saw it.  Not only did fans write about the numerous places they spotted the date, they also tagged friends in their comments and wrote them messages.  One fan posted: "You should watch this show so we can have a wine night when the new season premieres."  Another: "This is the show I was telling you about."  And another: "IT'S BACK!! I'll bring the wine, you make the snacks, and we're having girls' night every Tuesday."

The video has received 160K views and nearly 10K reactions, shares and comments on Facebook and YouTube.

This is precisely the result Weber and Laura Kane, Vice President and Creative Director, Paramount Network and TV Land, want when they post. "We like to put content out there that's highly shareable," says Weber.  "The show is highly relatable, and we lean into that."

Interactive, social content also enables Younger's vocal fans to extend their viewing experience.  A live hosted show, Getting Younger, ran on Facebook after each episode last season, giving fans (whose top query on social media is "Why can't the show be longer than 22 minutes?") the chance to have the cast and crew answer their questions.  Getting Youngerwill run as a live pre-show this season.

Leading up to Season 1, Weber and Kane kept the Younger fan profile in mind with everything they created.  She was an affluent, 40-year-old urban/suburban mom.  They knew a show that featured a 40-year-old who couldn't get hired after raising her daughter would resonate with that audience.  (Younger's first season 35-54 audience had an average income of $82,400.  It jumped to $91,500 by Season 4.)

They searched for that demographic on Pinterest and created a social campaign with original art and quotes from the show.  They expanded to Instagram and Facebook with themes of careers and friendship.  With its Darren Star credit, sexy/soapy storylines and aspirational fashion, many of the posts included phrases like: This is your new Sex and the City.  The creative, marketing and social teams tapped into those hooks.

"We built this audience by being very connected to fans," says Weber.  "We're looking at what they're sharing and how they talk about the show. Then we lean into it and provide more content they can share.  It's a lot of girlfriends telling each other and their family members about the show via social media."

Adding to the Season 5 buzz is the real-life release of Marriage Vacation, a fictional novel mentioned in Season 4 of the show by Simon & Schuster. The book reveals the backstory of one their favorite characters, Charles Brooks, including a steamy love scene on the infamous "page 58".  The book gives fans yet another way to be a part of the characters' lives -- scandal and banter included.

Tara Weiss is Editor-at-Large at V by Viacom. She is a longtime journalist, who covered the careers and workplace beat at Forbes.com and media and pop culture for The Hartford Courant.