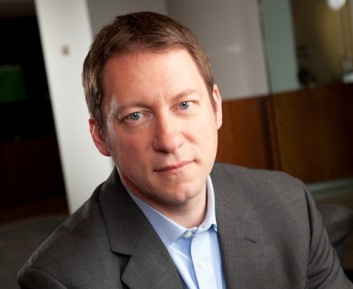 So this seems very interesting. YouTube, the website synonymous with any online video, is looking to evolve. They know the facts – according to the latest numbers from Nielsen's Cross-Platform Report, people only watch 52 minutes of online video per week versus 32 hours of television.

If you're the biggest player in a limited market, what do you do? Well, you expand out. For YouTube, you explore the idea of building a new channel portfolio, one that has such high quality and unique content that you're able to charge a subscription fee for it.

But in YouTube's case, they're probably better off staying where they are. We already have a subscriber paid niche player with limited vertical draw across thousands of different lightly viewed channels.

We call that cable.

On the surface, there are many similarities between the two. For every "Gangnam Style", there's Jerseylicious. For "Call Me Maybe", there's Date My Ex. And the "Charlie Bit Me" kid, meet Honey Boo Boo.

Actually, Psy was able to deliver a billion hits to YouTube with "Gangnam". Jerseyliciousviewers are measured in the thousands. Of course, it's hard to tell just how well YouTube will be able to monetize their lifeblood – those viral hits. That might not be exactly the content that YouTube is planning on charging for, but up until now, it's certainly been their bread and butter in establishing themselves.

No, the content that YouTube is considering is the professional content that's being distributed there. 29 of the top 30 videos viewed on YouTube come from current musical heavyweights such as Justin Bieber, Lady Gaga, Katy Perry and One Direction. Can't you hear the digital refrain now? "I want my YouTube MTV!"

YouTube's CEO essentially equates it to addressing a failed distribution model, that the second and third-tier cable channels can't deliver critical mass worthy of their high subscription fees within cable packages. His site would create a more direct route from the "premium" content to the end-user, that is, should the content that YouTube would deliver prove to be worth paying for in the first place.

Again, the most predictable success that YouTube has had in generating scalable views is by running videos from current pop stars. Perhaps the executives at YouTube have a point, that there is a demand for this sort of content. But realistically, the target to whom those videos appeal are largely going to need their parents' permission to subscribe to anything. So the demand for content across other genres is unproven, even by a digital titan like YouTube.

Interestingly, that's exactly the point where the cable argument begins to fall apart. The vertical niches that most define the platform are its undoing, as the audience deliveries generated by the niche channels are so individually small they are hardly an asset for advertisers. Just how many eyeballs does Chiller, MTV Jams, or Destination America add to a media plan?

If YouTube wants to align its future with a system that calls for charging people for hyper-niche content with limited audience deliveries - no matter how "direct to consumer" it may be - so be it.

If nothing else, it will give cable something to legitimately beat up on - for now.

One more thing – it's pretty clear that YouTube has had identity issues all along. Just take a look at its brand identity, as the colloquial term for television is right there in the name: YouTube. This Digital Age medium launched its brand with a term that is beyond passé for the medium it's trying to emulate. You're about as likely to find someone who owns a tube-based TV as you are in finding someone who owns an icebox instead of a refrigerator. But it sure tells you how much they really want to be TV.

So welcome to the bigger stage, YouTube. Cable, enjoy playing your version of the Washington Generals. Just try not to run up the score. You know how that feels.