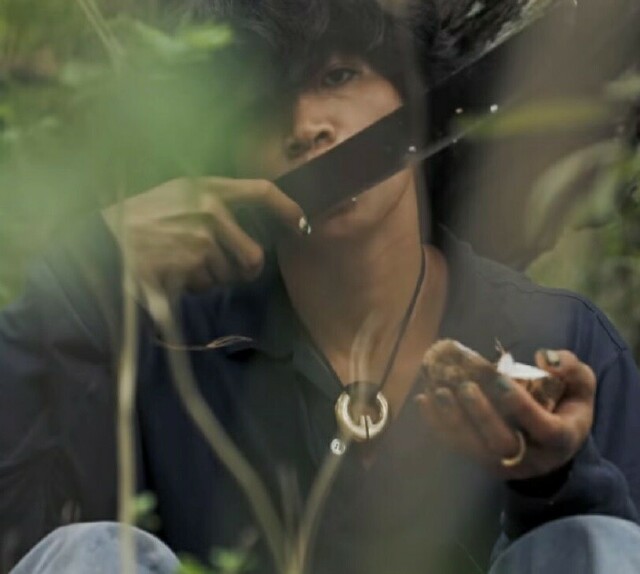 Last November, YouTube Originals announced an exciting new venture in its unscripted content catalogue: 30 Days With, an ongoing docuseries franchise consisting of four episodes per subject that spans 30 days in the lives of some of the biggest names in pop culture, sports, entertainment and, of course, YouTube. The series debuted in December 2020 with American boy band Why Don't We, followed by professional lightweight boxer Ryan Garcia and Japanese YouTube creator duo Hanao and Dengan, known mononymously as Hanaodengan. The latest installment in the ongoing series follows Filipino beauty influencer and social media personality Bretman Rock as he leaves his glamorous Hawaiian home behind for a week of solidarity in the jungle. No cell phone reception, no social media and no facial cleanser. Pack your bags, kiddos.

While his friends and younger sister have their doubts that Bretman will be able to survive on his own for an entire week with few personal belongings and only 24 hours of bootcamp in preparation, he's determined to take this break from his non-stop content creation and social media engagement. "Through this whole experience, I hope that I find myself, to reconnect with Bret," he says in the show. "I feel like I've been 'Bretman Rock' for so long. I've been taking care of my family for so long that it makes me question, am I even taking care of myself?"

Born in the Philippines, Bretman moved to Hawaii with his family at age seven and started creating comedic videos and memes on platforms like Vine (remember that?) and eventually YouTube. He later shifted his content to vlogs and makeup tutorials, which launched him into the spotlight when his videos started going viral in 2016. He continued to break barriers as one of the few male Asian beauty influencers to go mainstream, winning accolades like Beauty Influencer of the Year at the E! People's Choice Awards in 2019 and in 2021 starring in his own MTV reality series. To date, Bretman has amassed over 17 million Instagram followers and over eight million YouTube subscribers.

Bretman has a penchant for glamour, fashion and allure, all of which is shed on this week-long sabbatical from the modern world. He goes on to explain that the reason for this seemingly out-of-character journey is not just to reconnect with himself, but to also find some closure after the tragic death of his father, who passed away in 2019 after being in a coma for some time. "I wanted to make peace with my dad," Bretman shared in the first episode, which premiered June 30th. "I didn't get to really make peace before he passed away and so I'm hoping to connect to him spiritually. I feel like he's always guiding me. I feel like if I'm alone in the jungle, I'll feel him more. I am so much of who I am because of my dad."

After 21 days of preparing for his isolation in the Hawaiian wilderness, Bretman packs multiple suitcases and trunks with his "essentials," including fashionable boots, multiple outfits and makeup. His expectations are brought to an abrupt halt when he meets "jungle king" Kap, a survivalist expert from Samoa, who tells Bretman he can only bring a backpack full of supplies. The beauty influencer, who, since COVID-19 broke out, built an elaborate home gym and got into peak physical condition, took on the physically taxing challenges with some ease.

Despite his glamorous lifestyle and obsession with designer clothing and makeup, Bretman learned to build a shelter several feet off the ground to avoid wild boars, vigorously rubbed dried branches together to start fires and learned to climb trees to retrieve coconuts for food and water.

Once his day-long survivalist bootcamp was done, Kap handed Bretman a map and compass, telling him he had to reach three basecamps throughout his journey and had to implement what he had learned at each location. "Bear Grylls, you'll never see that bitch building three shelters!" he exclaimed of the Man vs. Wild host. Once Kap bid himself farewell, Bretman packed up his belongings, tied it to the end of a branch and began his multi-mile trek to his first base camp.

Once he got there, he quickly realized the base camp was not surrounded by bamboo stalks that provided him a foundation to build a shelter like the one he shared with Kap. Then, unexpected rainfall ruined any chance of building a fire. At one point, he was so hungry and tired he found a centipede on a branch and hilariously pondered, "What if it's a gay centipede and it relates to me?" He then decided against roasting it. "I better eat a coconut," he said. "I can't eat this gay centipede."

Upon being alone with his thoughts and journaling on a makeshift mattress of soft pine needles, Bretman shared, "I keep saying that I'm doing this for my dad but I'm not gonna lie to you and say, 'I've been thinking about my dad this whole time.' Maybe it is my dad that's forcing me to think about myself. 'Stop thinking about me. Think about yourself now.' That's the true spiritual awakening for me. It's just being alone in my own thoughts."

An off-camera producer asks, "Do you think when people watch this, they'll be surprised?"

"Hopefully," he says through tears. "There's a version of me the internet hasn't met yet. Bretman Rock is the person who filters out what the world can see. But there's a Bret as well."

You can color me impressed that Bretman persevered the way he did when faced with the physical and emotional challenges that came his way. Never did I think that I could relate to a multi-millionaire beauty influencer while he was on a week-long journey of isolation from society in the lush jungles of Hawaii. He sheds layers of glitz and glamour, shows a much more vulnerable side of himself, then picks himself up and carries on to the next step in his expedition.

What started as an inspired way to mourn a loss became a small but significant journey of self-discovery. I think this series shows viewers that being internet famous isn't necessarily all it is cracked up to be; that it's exhausting and one can lose one's own identity when having to constantly be "on" and displaying this highlight reel of life on social media. Bretman may have felt underestimated for some time but I think 30 Days With: Bretman Rock makes clear to the world that he isn't to be trifled with.

All four chapters of 30 Days With: Bretman Rock are available to stream on YouTube.