By Simon Applebaum May 08, 2017 Upfronts/NewFronts Archives 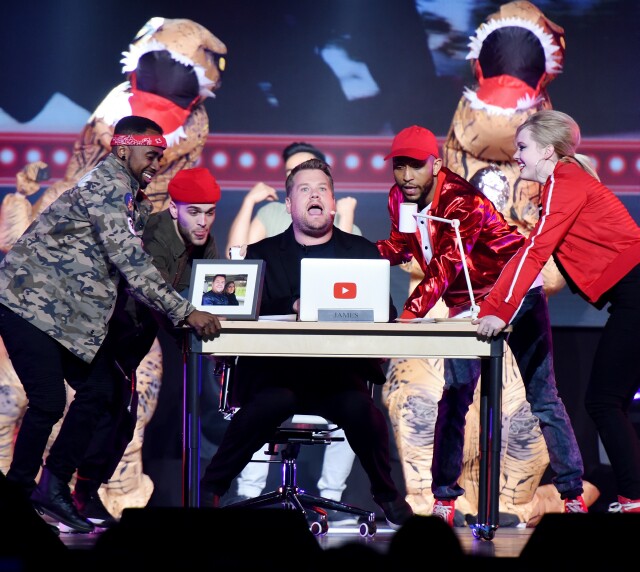 The pre-buzz surrounding YouTube's 2017 NewFront event, also known as Brandcast, coalesced around two questions.  First, would Google's worldwide service do a public mea culpa for scheduling commercials within videos stocked with objectionable language and subject matter?  Second, does YouTube have a new, original direction up its sleeve?  Sure enough, the answers came through last Thursday night.

Venue:  Javitz Center North Hall across from W. 39th St.  Unlike any other NewFront or many Upfronts here in New York, going here is like going to a Hollywood awards ceremony.  Outside, guests are among thousands of spectators as they walk down a wide red carpet, witnessing hundreds of fans on the side ready to cheer their favorite YouTube creators and personalities.  Everything is tailored down to the last piece of carpet fiber.  The hall itself splits in two -- half for the presentation, the other half for the food and drink fest afterward.  This time the party also featured a diner-shaped food truck, ready to serve grilled hot dogs on cue.  When attendees arrived at their seats, they were entertained by widescreen graphics on the stage, framed on either side by three-dimensional diamonds.  Grade: 4.5 Jacks 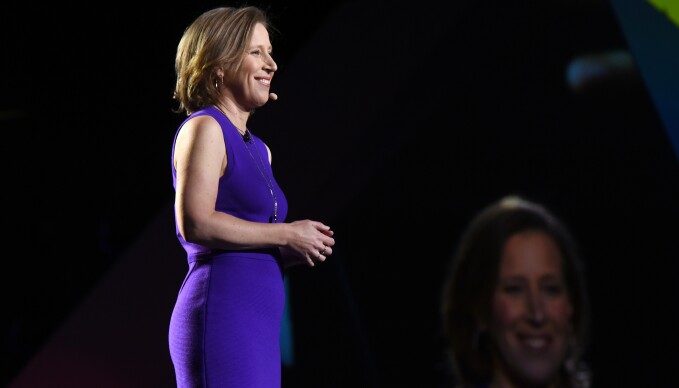 Presentation:  From the start, YouTube has marched to a different drummer than any other media player because of its commitment to diversity of content, creators and creativity.  That's the formula for success, and don't expect that formula to be tampered with, YouTube CEO Susan Wojcicki (pictured above) asserted.  "YouTube is not TV and never will be,” she said.  “We're something bigger ... one of the most dynamic, creative and inspiring communities in history."  After acknowledging the advertising community for their role in reaching that status, Wojcicki shifted into mea culpa gear.  "With the creativity and openness comes responsibility," she said, followed by a quick recap of the controversy.  "We've taken your ad placement feedback to heart.  We apologize for letting some of you down, and we promise to put more resources in place to alleviate these issues. Thank you for helping us be a stronger, better platform." She followed up with another acknowledgment: While most people continue to see YouTube via smartphones, "our fastest growing device is the one in the living room," she noted.  However, it was left to YouTube personality Jackie Aina to deliver one of the most forceful moments of any Upfront or NewFront this year.  She went beyond inviting the ad community to participate in her channel or YT at large and urged advertisers to get deeply involved with women of color.  "Beauty is about how the world sees you, acknowledges you, respects you," she declared.  "Are you making products for women of color -- and (if you are) are you marketing to them?" Grade: 5 Jacks 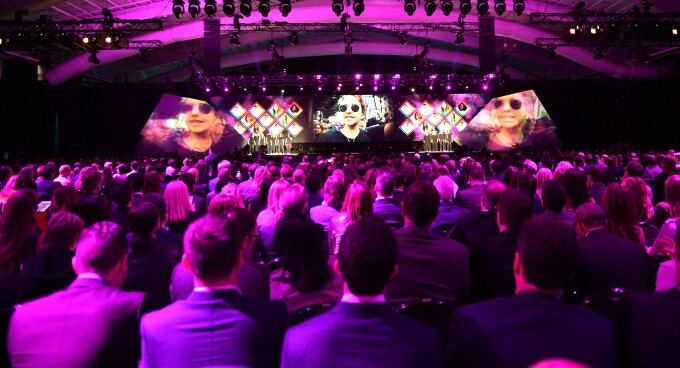 News:  Original series and specials, unscripted or variety in nature at first, will be rolled out exclusively on YouTube over the next few months and beyond, all ad-supported (as compared with original series and movies for commercial-free service YouTube Red).  Celebrities and YT-grown talent alike will contribute to this venture.  Six series are in the first batch:  Best.Cover.Ever (Ryan Seacrest-produced talent search, hosted by Ludacris and featuring Katy Perry), What the Fit (Kevin Hart, pictured below, puts the funny in fitness as part of his new Laugh Out Loud YT channel), Ellen's Show Me More Show (further Ellen DeGeneres talk show exploits), The Super Slow Show (inventive adventures captured in slow-motion video), Good Mythical Morning (off-center morning program) and I Am ... Demi Lovato (on the road with the popular pop/former Disney Channel superstar). Perry also will do a live "listen along" multi-hour special connected to the release of her latest album.  No word on whether scripted series or movies will be part of this initiative.  Grade: 4.5 Jacks 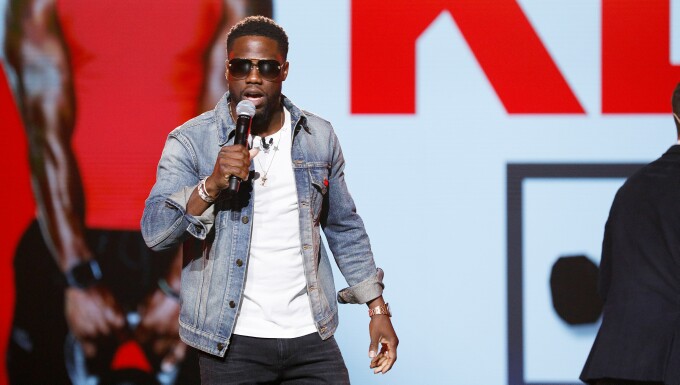 Host:  In a stunning surprise, the event was hosted by James Corden (pictured at top, center) of CBS’ The Late, Late Show (which has 10 million YT subscribers and more than 2.1 billion views over the last two years).  Besides offering funny observations on YT's impact on the world (“Every YouTube video is a how-to video, including How to Forget Donald Trump Was the President”) or his nightly series ("I'm one step away from CBS This Morning), he headlined his own Broadway production number, complete with dancers and revolving sets.  Could YT the Musical be around the bend?  Grade: 5 Jacks

Star Turn: This event has built a rep over the years for outstanding performances and last week's event was no exception -- and exceptional. Acapella producer/performer Mike Hopkins did a song accompanied by people projected on a video wall (edited to the last note) and an on-stage chorus.  Then came Corden's showstopper, and for a close to the formal presentation traveling pianist Dotan Negrin, whose Piano Around the World videos are taking off, worked his keyboard to various songs, each highlighting a famous U.S. or world landmark.  Musicians and dancers joined in, with a New York-based brass band marching down the aisles.  After an hour of eat and drink, Katy Perry (below) performed past hits and tunes from her next album.  Grade: 5 Jacks 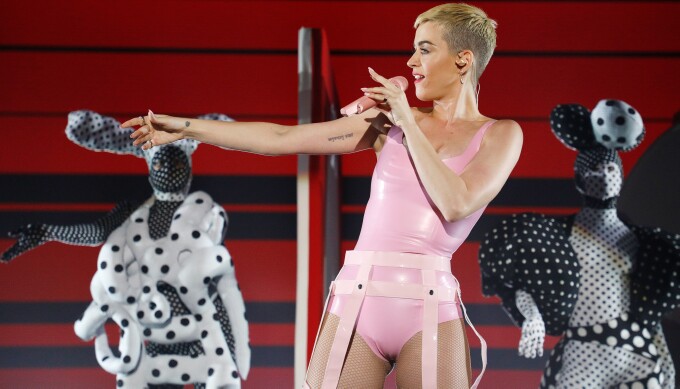 Data Insight:  Roughly 66 percent of all original TV series are ad-supported, compared to 85 percent five years ago.  Behind the drop: The boom of scripted series on Netflix and other commercial-free services, according to YouTube Chief Business Officer Robert Kyncl.  "With significantly more content coming to subscription services (including YouTube Red, whose status was mentioned briefly), that shift is accelerating," he continued.  "Our new series are a way for us to partner with you to buck this trend." Grade: 4 Jacks

Innovative Opportunity:  Produce branded individual videos and series, or be a full sponsor in YT's new series initiative. (Johnson & Johnson will sponsor Best.Cover.Ever.)  "Imagine what could happen in the next five years if we accelerate this movement," wondered Samsung Electronics America Chief Marketing Officer Marc Mathieu.  "We might create a more authentically-engaged society."  Grade: 3 Jacks