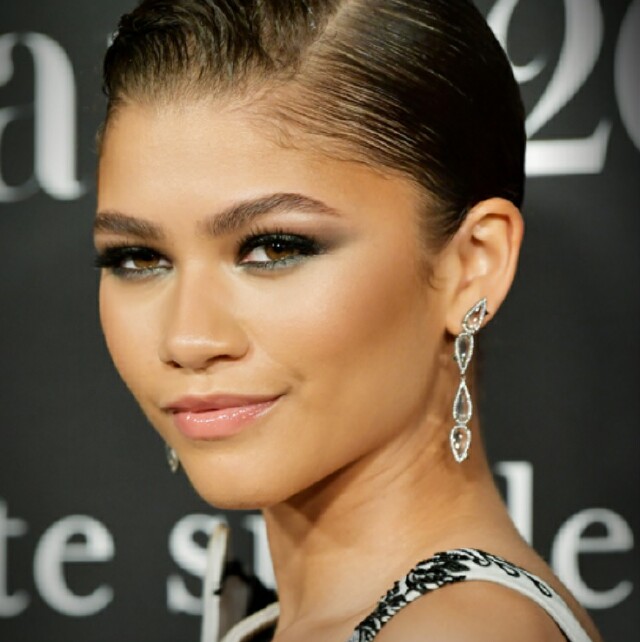 The Critics Choice Association announced this week that actress and activist Zendaya will receive the fifth annual SeeHer Award at the 26th annual Critics Choice Awards. The honor will be presented by her Malcolm & Marie co-star John David Washington during the live ceremony on Sunday, March 7, 2021 on The CW.

The SeeHer Award recognizes a woman who embodies the values set forth by the SeeHer movement to push boundaries, defy stereotypes and acknowledge the importance of authentic portrayals of women across the entertainment landscape. SeeHer is the leading global movement for accurate portrayals of women and girls in media. Led by the Association of National Advertisers (ANA), SeeHer is a collective of leading marketers, media organizations and industry influencers committed to creating advertising and media content that portrays women and girls as they truly are. Previous award recipients are Kristen Bell, Viola Davis, Claire Foy and Gal Gadot.

"We are so proud to be a part of the Critics Choice Awards, and celebrating our fifth SeeHer Award," said Nadine Karp McHugh, President, SeeHer. "We are delighted to be presenting the award to Zendaya, who is such a strong representation of what it means to be a woman in 2021. From being the youngest actress to win an Emmy for Outstanding Lead Actress in a Drama Series to using her platform to advocate for Black women in Hollywood, she is showing the next generation that you are never too young to use your voice to make a difference."

Zendaya launched her career as an actress on the Disney Channel. starring in the hit series Shake It Up for three seasons and Disney's K.C. Undercover for three seasons, which she also helped produce. She moved to the big screen in 2017, when she played the role of MJ in Marvel's Spider-Man: Homecoming and its 2019 sequel, Spider-Man: Far from Home. She recently starred in the HBO and A24 series Euphoria for which she won the 2020 Emmy Award for Outstanding Lead Actress in a Drama Series, and can currently be seen the Netflix movie Malcolm & Marie, for which she earned a Critics Choice Award nomination for Best Actress this year.

She can next be seen in Warner Bros. highly anticipated movie Dune, which will be released in October 2021. Zendaya is currently a beauty ambassador for Lancôme, as well as an ambassador for Bulgari and for Valentino.

The Critics Choice Awards are bestowed annually to honor the finest in cinematic and television achievement. In response to the COVID-19 pandemic, the 26th annual Critics Choice Awards show will be an in-person/virtual hybrid, with host Taye Diggs and some of the evening's presenters filming from a stage in Los Angeles, and nominees appearing remotely from various locations around the world.