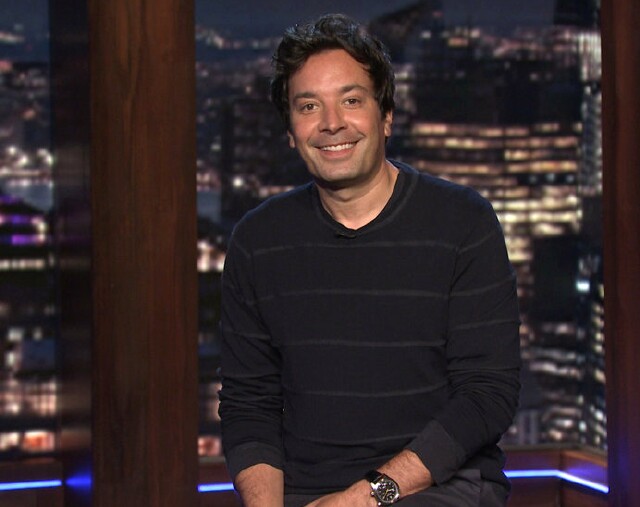 What was my viewing content of choice during the last 12 months? Given the hardships of 2020, it seems almost unfair to play favorites, because for much of the year television and video success were all about which company or individual had the most content in the can when life as we knew it unexpectedly and abruptly slammed to a stop. As a result, in most situations our viewing patterns and preferences were not the usual.

For tens of millions of people (in this country at least) television took on a greater and more critical role than ever before. Shut away at home during self-isolations, quarantines and lockdowns of varying lengths – many wisely still in place – I think it fair to note than more Americans than ever before have relied on television to occupy their time and provide much-needed information, entertainment and escapism. I can't imagine what the year would have been like without streaming services (and Netflix in particular, as you will see), but I have to give everyone in the industry credit for figuring things out and keeping their programs going during a time of uniquely unprecedented challenges.

Still, in the interest of maintaining a degree of normalcy wherever possible, I'm going to stick with tradition and identify my favorites. The first part of this two-part column lists my picks for the No. 11-No. 20 shows. The Top 10 will follow.

Why am I forgoing my annual Top 25, you ask? There are several reasons, but I'll go with this one: This change makes for a catchier headline. 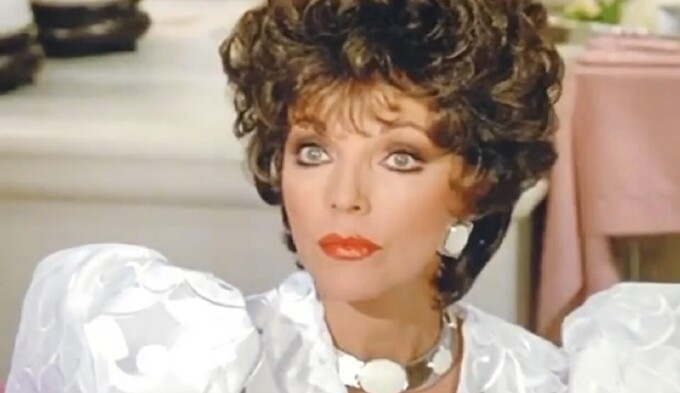 No. 20 -- Carrington_Colby (Instagram) Remember the '80s, when television was unapologetically fun? No programming genre epitomized that more than the primetime serials of the era, with Dynasty outshining them all. This Instagram feed is a cavalcade of fabulous clips (put in context with concise commentaries), mostly featuring Joan Collins as the legendary Alexis Morrell Carrington Colby Dexter Rowan engaged in conflicts of some kind with other female characters from the show's nine-season run: Nemesis Krystle, daughter Fallon, daughter-in-law Sammy Jo, sister-in-law Dominique, sister Caress and arguably the snappiest, snippiest of all, her cousin Sable. 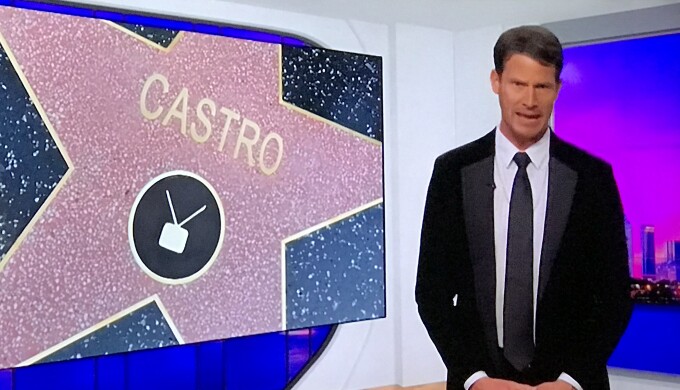 No. 19 -- Tosh.0 (Comedy Central) Daniel Tosh referred to the final episodes run of his long-running Comedy Central hit as the "Season of Mourning," not because the show was cancelled, or due to COVID, but because his beloved dog Castro died. Throughout, he hinted that his show (or a variation thereof) will live on elsewhere. Digits crossed. For many years this has been my go-to guilty pleasure, and I'm not ready to quit it. 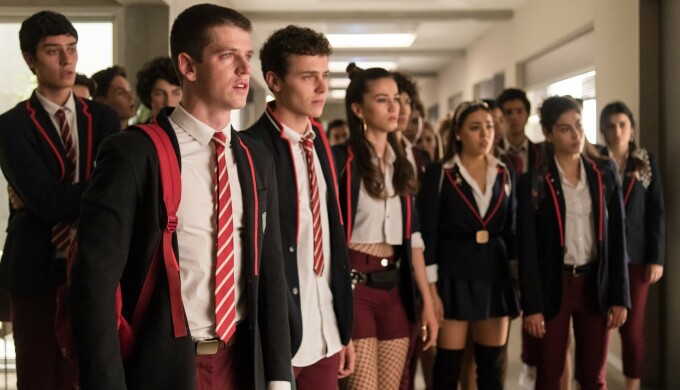 No. 18 -- Spanish-language series on Netflix. Like millions of people, I desperately needed frequent escapes from the madness of 2020. I found it in a smashingly entertaining batch of Spanish-language comedies and dramas on Netflix. At the top of the list: melodramatic youth ensemble drama Elite (pictured above), colorful comedic soap opera La Casa de las Flores and the twisty psychodrama El Desorden Que Dejas. These are not telenovelas; rather, they are the work of actors, writers and directors who are, in a word, fearless. (Bonus: Since I don't speak Spanish, I need to put down my phone when watching and pay full attention, because I need to read the subtitles. It's like TV viewing the way it used to be.) 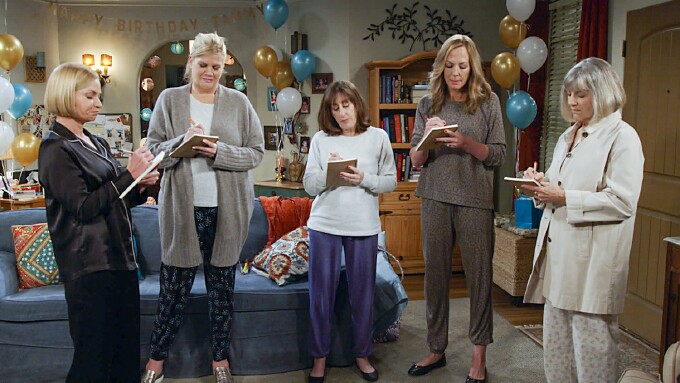 No. 17 -- Mom (CBS) Still the most consistently funny sitcom on television. It's so good, in fact, that even minor, one-shot characters with only one or two lines of dialogue are as riotously funny as series stars Allison Janney, Mimi Kennedy, Jaime Pressly, Beth Hall and recent standout Kristen Johnston. Oh, and the guy in the group, William Fichtner, is pretty great, too. Star Anna Faris left the show at the start of season eight, and while she's missed, it's rolling along just fine without her. 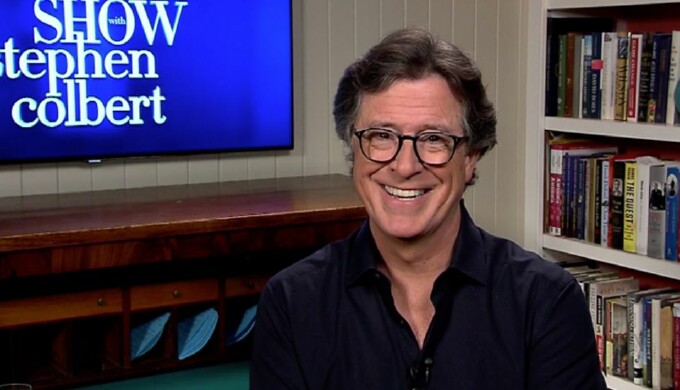 No. 16 -- Tonight Show Starring Jimmy Fallon(NBC)/ Late Show with Stephen Colbert(CBS) The late-night talk shows tried all kinds of ways to carry on during the pandemic and watching them experiment and fine-tune their content was an interesting experience. I wasn't wowed by Fallon's at-home shows, but the current, way more casual show he is doing with The Roots back in their studio is terrific. (Casual Fallon is pictured at top.) It doesn't even need a studio audience. It now seems more directed at viewers at home rather than the people who used to be in the seats. I hope it sticks. Conversely, I really enjoyed Colbert at home, where he looked very relaxed and engaged in long remote interviews that made even the most self-absorbed young celebrities sound interesting. (Relaxed Colbert is pictured above.) I miss that. Like Fallon, he is now back at his professional home (The Ed Sullivan Theater, though he is doing his show from an office upstairs). Stephen, go home. I mean that in the nicest way. 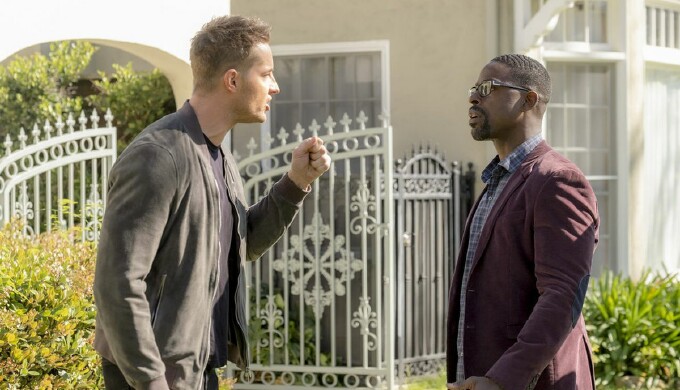 No. 15 -- This Is Us (NBC) Broadcast's best drama was getting a little tired by the end of season four, but then the world went to hell and the creative team behind this show quickly incorporated such current real-life crises as the pandemic and racial injustice into their already established, ongoing storylines. And just like that, the show is as compelling and essential as ever, and maybe more so. Every part of this show continues to invite different reactions, some stronger than others. But watching the loving relationship between brothers Randall and Kevin continue to crumble in all kinds of ways has been almost unbearable. That speaks to the outsize talent of the actors who continue to give them life (the marvelous Sterling K. Brown and the consistently surprising Justin Hartley, respectively). This show could easliy be retitled This Is Life. 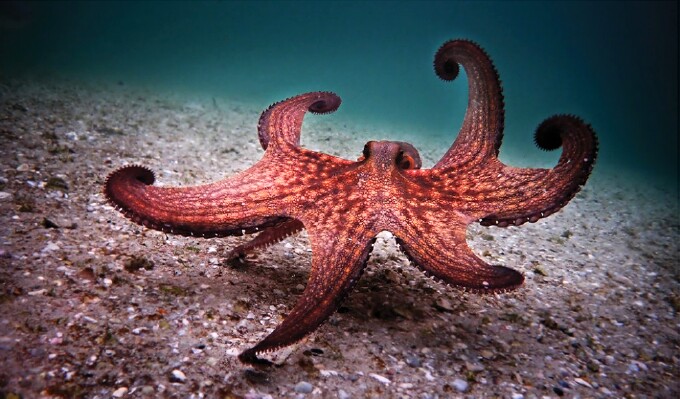 No. 14 -- My Octopus Teacher (Netflix) Octopuses (that's the correct plural) have always fascinated me. They can do so many things that no other creature on earth can do that I sometimes think an ancient octopus or two landed here from another planet many millennia ago and began populating. The dismantling magic of these mysterious creatures is on full display in this terrific documentary that reminds us life on this earth isn't exclusively about humans. (Indeed, that attitude is what brought on the pandemic in the first place and likely ensures more to come.) After watching My Octopus Teacher I suggest reading The Soul of an Octopus: A Surprising Exploration into the Wonder of Consciousness by Sy Montgomery. You're welcome. 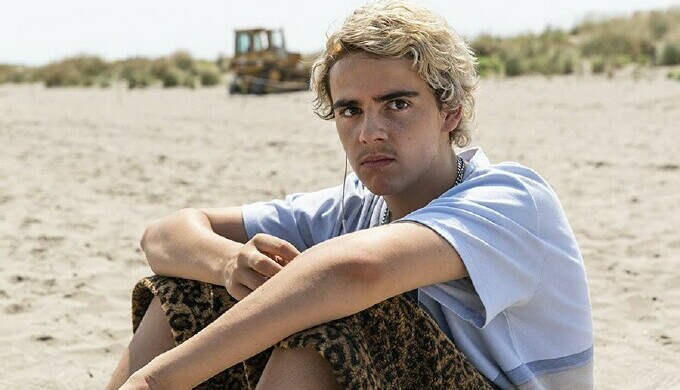 No. 13 -- We Are Who We Are (HBO) HBO's teen nightmare Euphoria got all the props for its exploration of Gen Z anxiety, despair and all-around effed-up behavior, but it just seemed like one long depressing slog to me. HBO's We Are Who We Are, on the other hand, thoughtfully explores the same subject matter in a setting that is uniquely foreign (a U.S. Army base in Chioggia, Italy), which somehow gives greater weight to the trials of these kids than just another drama about spoiled adolescents. Jack Dylan Grazer (pictured above) gives a profoundly internal performance as Fraser, the kid at the center of the narrative, who is completely and convincingly thrown by absolutely everything in his life (a culturally jarring move to another country; a rocky relationship with his Army commander mother and her wife; the challenge of making new friends with kids he has trouble relating to; his deep feelings for an older, hunky, flirtatious soldier; the sudden death of a friend, and much more). This gem is from Luca Guadagnino, co-writer and director of the acclaimed 2018 feature film Call Me by Your Name. The two productions are excellent companion pieces. 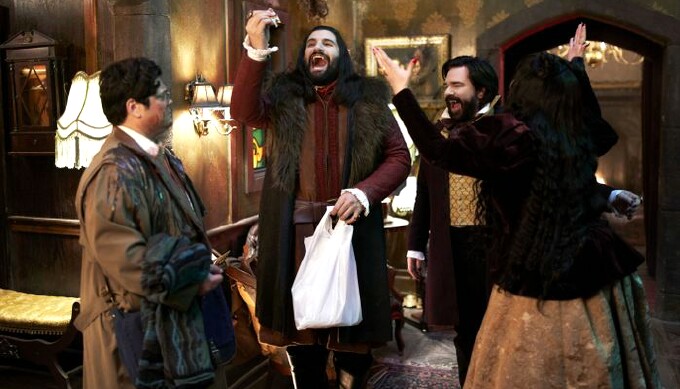 No. 12 -- What We Do in the Shadows (FX) Who could have predicted that a show about things that go bump in the night (or should I say vampires on Staten Island?) would appear out of the dark two years ago and remain one of the smartest, funniest things on TV? 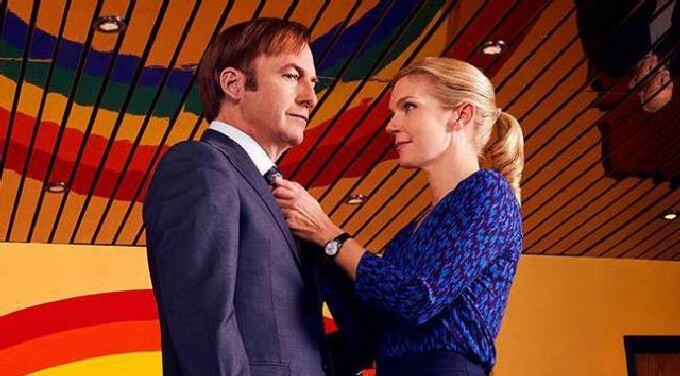 No. 11 -- Better Call Saul (AMC) There's a lot to wrap up in the coming sixth and final season of this sequel/prequel hybrid to Breaking Bad that is a chilling character study on its own. The storylines and characters in the prequel portion of the show have a long way to go before they are in full alignment with the beginning of Bad, though it can surely be done. But the fleeting sequel scenes that have started each season seemed over the previous five to be a riveting setup to … something, but what? Will Jimmy McGill continue his new life as paranoid Cinnabon employee Gene, or will his past finally catch up to him? Is there time to show us and satisfy us, too? And while I'm asking questions, can anyone explain to me why Bob Odenkirk and Rhea Seehorn were denied Emmy nominations for their career-best work in season five?