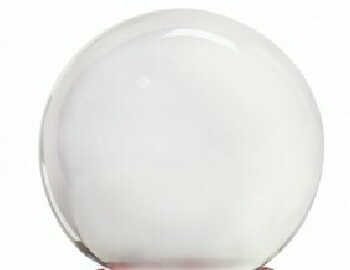 It’s the time of year for predictions. Every self-respecting blog, magazine and newspaper does them. Most are wrong and can easily be proved to be so – assuming, that is, you can be bothered to keep hold of them for 12 months. Many are self-serving (“online ads will increasingly be measured by their viewability” predicts a company selling a viewability metric). Maybe there should be a league table with promotions (to Ad Age) and relegations (to Metro), a time of reckoning every year which ranks forecasters by the accuracy of their predictions.

It does seem a bit “me-too” to produce a list (and a list can be checked far too easily a year hence) so here are some thoughts on what the year ahead might bring. Feel free, you old traditionalist you, to put these into a list format if that makes you happy.

I predict that this will be a year of not much happening. We’ll all get a bit better at using what we’ve got or at making what we make. So, no doubt Google Glasses will become easier to use and will do more things better for those people who don’t mind walking around in effect carrying a sign saying “Look at me; I’m the future.” Smart watches will become a useful gadget for those who find removing a smart-phone from a pocket too onerous a task. IPads and Galaxies will spawn cheaper versions.

Publicis and Omnicom will merge, and this time next year we’ll still be waiting to learn what benefits the merged business will bring to clients. There’ll be organizational fun and games as the music stops and everyone scrambles for the few chairs. For what it’s worth I’m backing the Omnicom guys to come out on top in the “who-has-the-biggest-media-office” stakes.

WPP and IPG won’t merge – it’s hard to see what exactly WPP would stand to gain. Analysts, who often have problems thinking beyond big is good and bigger is better, will continue to predict WPIP.

Independent agencies will flourish as the big super-groups lose some of their lustre and focus more on internal politics and rumoured mergers than on clients.

Planning will (should?) emerge as the key skill defining success for media agencies. There’s never been a greater need for planning that starts with the consumer as opposed to focusing on channels, formats or buys. Many claim to do what used to be called consumer-centric planning; some genuinely do it, few are paid for it. Of course what planning needs is a cool, digital name that ticks all the jargon boxes and confuses everyone. “Story-telling supported by programmatic tools” has a certain ring to it and uses the “S-T” phrase, which I’m pretty sure is a legal requirement in 2014.

Trading desks will stop being called trading desks and will become data analytic centers. More should team up with their sibling marketing science specialists (Vivaki with Ninah, Xaxis with OHAL) but internal wars will stop that happening. DAC’s (hurrah, a new acronym) will become more independent, both operationally and financially from the activities of their media agency parents.

The world will continue to turn, most real people will still turn to live TV on that large box in the corner for their entertainment, cod researchers will continue to tell us that TV is dead (I did enjoy watching the digital evangelists leap up and down when one researcher suggested last week that Facebook was “dead and buried”) and Mary Meeker will continue to peddle the falsehood that ad spend on a medium should be related to time spent with that medium.

2014. A year of getting better and smarter rather than getting newer and shinier. And…..breathe.