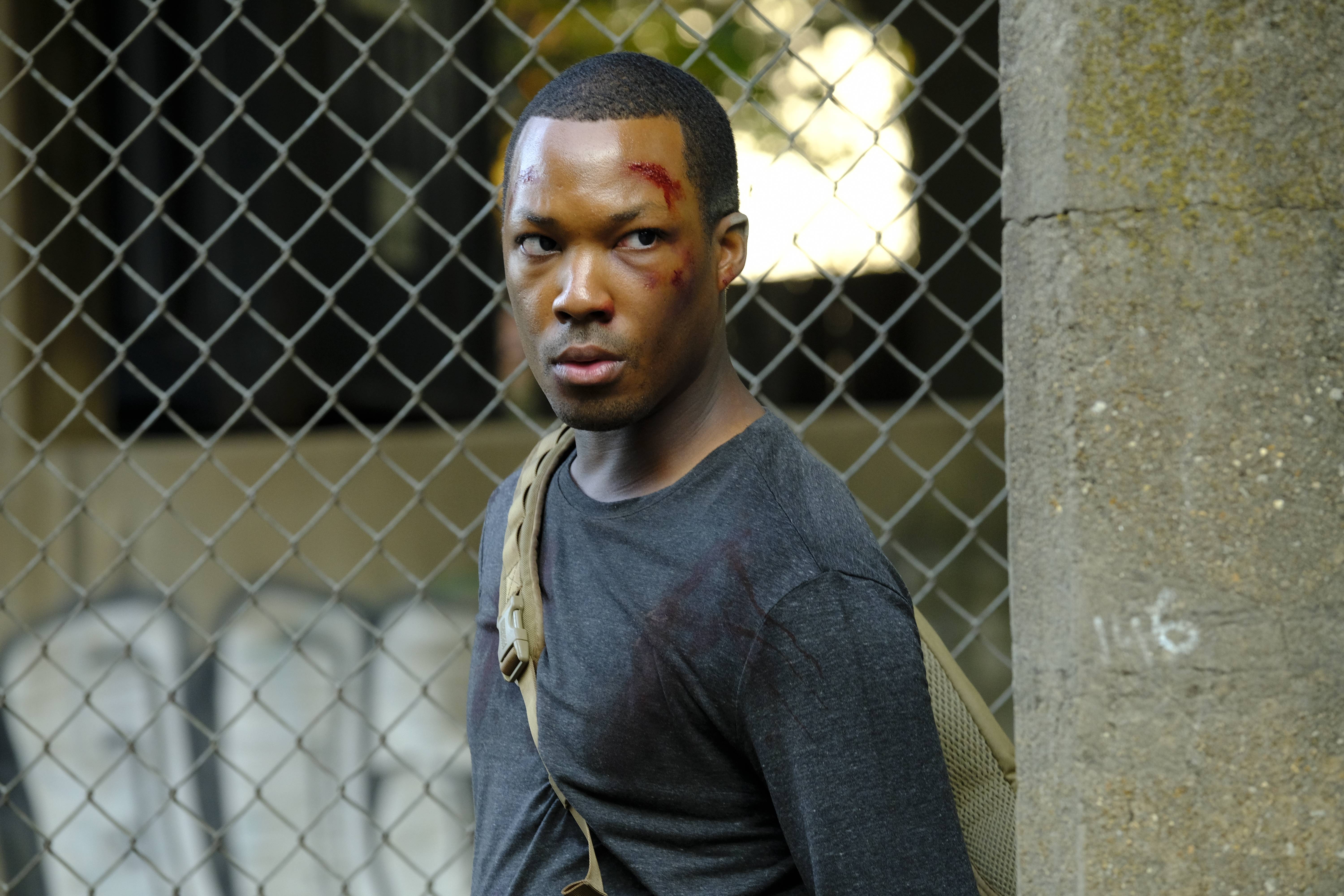 I have never seen the original 24.I know, it’s shocking; and yet, it’s true. So when screening the first episode of Fox’s new 24: Legacy -- a reboot of its beloved predecessor -- besides not knowing what to expect I also didn’t have any preconceived notions.

This Jack Bauer-less iteration of the series follows decorated Army Ranger Eric Carter, played by Corey Hawkins (pictured at top), six months after he returns home from a successful mission to kill terrorist leader Bin-Khalid.  In classic action-movie fashion, the reluctant hero is thrust directly into the path of an imminent terrorist threat.  Khalid’s guys have already killed Carter’s squad and stormed into his home, and after stashing his wife somewhere “safe” and barely escaping with his life, he seeks the help of the CTU, a move that sucks ex-agent Rebecca Ingram (Miranda Otto) back into the fray as well.

Even though I’ve never seen the original, certain aspects were still recognizable -- the most familiar being the concept of the show’s events passing in real time.  For the most part it seems accurate, but on occasion it feels like they play kind of fast and loose with it. See, I’ve driven cars before, and something as simple as going to a store a mile or two away can turn in a time-consuming ordeal.  So, either there’s never any traffic, or everything’s reallyclose in proximity to Carter’s crib.  However, I understand that watching a guy sit in traffic wouldn’t be entertaining, so they get a pass when they cut a small corner or two.

In one of the many parallel plotlines, the legendary Jimmy Smits plays Senator John Donovan who, besides running for president, is also Rebecca Ingram’s husband.  Gerald McRaney, whom I recognized from his role in the movie Focus (also House of Cards, Castle and This Is Us) plays Donovan’s father/political advisor. Both of these gentlemen bring some serious gravitas to the table, making their less action-packed segments a little easier to lock onto.

In another parallel plot, Carter’s brother Isaac (Ashley Thomas) is a drug dealer with whom he has a strained relationship that apparently stems from Isaac having been romantically involved with Carter’s wife prior to their marriage.  I could’ve done without the drug-dealer-from-the-hood aspect of his character, mainly because I’m sure there are plenty of other vocations he could’ve held while still having the same personality, but hey, the terrorists are still middle-eastern, so what’s another stereotype?  Something about the way the “hood” characters talk feels a bit off to me as well, but not enough to distract me -- just enough that I notice.

Initially, Hawkins’ Eric Carter came off a little generic to me.  It’s not his fault, he does a great job dotting all his i’s and killing all his terrorists, but we don’t get too much time with him before he’s thrown into hero mode.  Most of his backstory is shared through expositional dialogue, and the show’s format eliminates the prospect of a flashback, limiting what we know to what we see. This method works great for developing the stories of the present, but when the bulk of his time is spent running, or shooting, or driving, or yelling into a cellphone, it leaves something to be desired in the ways of character development.  I don’t root for Carter because he’s so damn cool and likeable. I root for him because I know he’s the good guy, and that’s a little too easy, right?  Hopefully Carter gains a little more personality over the season, because I believe Hawkins is more than able to deliver.

Overall the plot feels a little like someone said, “What if after Seal Team Six came home from killing Bin Laden almost all of them were killed by his stateside followers in a plot to retrieve and activate a list of terrorist sleeper cells that one of the Seals stole from his house? Just change Seal Team Six to Army Special Forces, change Bin Laden to Bin-Khalid, and add a clock. Voila!” On paper, that may seem uninspired, but its execution is really what brings it home. All of the simultaneous plotlines are absorbing enough that we don’t fall asleep when we’re not following Carter around, and with every twist and turn they reveal a stronger, more integral connection with the main plot.

Lastly, the production quality is pretty dope. I didn’t see a single effect that wasn’t believable, including the stunt work, the depicted technology and the muzzle flashes, smoke, etc.  Sure, every once in a while someone will say (or not say) something that leaves me questioning why they didn’t just make a different decision in that moment, but most of the time I succumb to the notion that the alternative just wouldn’t have been entertaining.  Couple that with the fact that the writers do seem to stick to the rules they’ve created (or inherited, in this case) for this world and the result is something pretty damn watchable.

24: Legacycombines elements of suspense, action and drama with a proven formula handed down from its various predecessors. The result is something that newbies to the franchise and longtime fans alike can jump right into with little to no preparation.  I may not know much about this Jack Bauer guy, but I’d definitely like to see how the rest of Eric Carter’s day goes.

24: Legacy will premiere on Sunday after Fox's telecast of Super Bowl LI before moving into its regular 8 p.m. time period the next night.