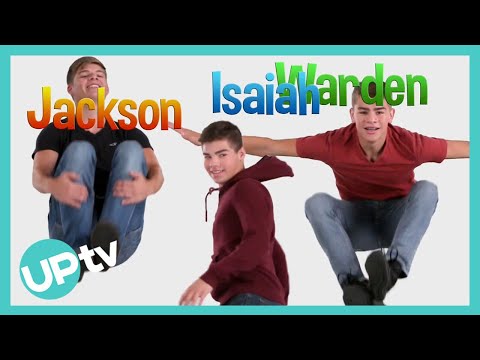 The Bates family keeps getting bigger and better. When UPtv's hit series Bringing Up Bates returns for its ninth season on Thursday, March 5, Kelly Jo and Gil Bates, their 19 children, seven sons-in-law, and 14 grandchildren (and one on the way) will welcome fans back with new romances, a budding family business, and all the craziness that comes with a supersized brood.

The show is pure family entertainment; fans and advertisers have responded enthusiastically. At a time when consumers are bombarded by negative headlines and celebrity scandals, the show offers refuge with its positive stories, notes Lisa Fischer, executive vice president of national advertising sales for UPtv and Aspire.

"There is a lot of dark programming out there. The Bates stay true to who they are, and the love comes across the screen. The show is fun, relatable, and authentic. The parents, Gil and Kelly, keep their family close, and they focus on love and relationships," Fischer says. "The positive entertainment, the family's various life stages, and the fan following create a halo effect for advertisers."

With a hit show on its hands, Fischer says the network has more interest from advertisers than the show can accommodate.

This season, 11 advertisers are returning to the show and they're joined by three new sponsors. They represent a broad range of categories, including food, insurance, retail, and telecommunications. "For advertisers, trust and brand safety are very important, and the Bates bring that trust," Fischer says. "You know what you'll get when you're watching."

The show has an unusual ability to gather families for co-viewing, notes executive producer Matthew Hightower. From toddlers to grandparents, Bates family members mirror a broad range of demographics and inspire storylines that appeal to different ages. "This is a program you can watch weekly with the entire family and you know everyone can engage; they'll find it entertaining, they'll laugh and probably cry," Hightower says.

As the show grows, the Bates have become more and more well-known. They've been featured multiple times in celebrity magazines, social media, and blogs; even People magazine devotes a page on its site to the family. Crossing into the "cultural zeitgeist" helps elevate UPtv's profile and its advertisers', Fischer points out. "We've had a lot of traction because of the appeal of the Bates family in popular culture," she says.

To keep things fresh, Hightower and his team find rich material in the family's adventures, jobs, and relationships. This season will follow several of the sisters, who have joined forces to open a clothing boutique, Bates Sisters Boutique, and now juggle the new business with the help of their families. Several of the children are in new relationships. Newly married Josie and Kelton welcome their first child, while Erin and Chad are making room for baby number four.

"People love watching their journeys," Hightower says. "They venture into new things and threads come out. It makes it relatable and exciting."

To expand the show's reach, UPtv activates its digital and social channels. Each week before a new episode debuts, the family hosts a Facebook Live at 8:45 p.m. ET that leads into the show.

This season the Bates will continue its popular web series, Bates Around the World. The family will taste test nine kinds of cheese and try to guess where they are from. Other webisodes were about baby food and cakes.

As you can imagine, a lot has changed in the family in the past five years. The show's original open captures all the personality and energy of this big Bates family, with all 21 of them jumping on a trampoline in turn. The new season will also include a brand new show open that re-creates that trampoline scene. The network released a preview of the new open and Fischer says fans and the media love seeing the update.

Over eight seasons viewers have enjoyed watching the Bates Family grow up. Bringing Up Bates 8th season on UPtv ranked as one of its best.

"Advertisers want to reach consumers who are going through various life stages," says Fischer. "Bringing Up Bates delivers this with a lot of love and laughter."

Don't stop now! Stay in the know on everything uplifting and entertaining at UPtv and Aspire with more from UPtv/Aspire InSites.