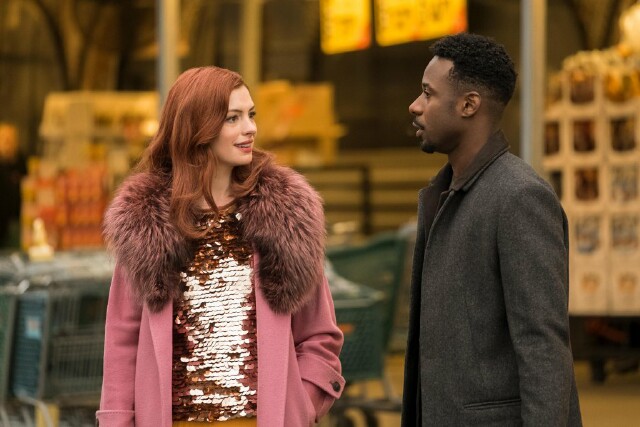 It's the time of year when TV critics begin to drill down and make their choices for the best programs of the previous 12 months.  I knew while I was watching it last weekend that Amazon Prime’s Modern Love was going to land in my top ten.  This surprises me in ways I hadn’t even thought about before I binged its eight half-hour episodes.  I’ve watched more than my share of love stories in decades of TV viewing, in primetime and daytime and on my own time, and while many of them were delightful and entertaining, I realize now that few (if any) really celebrated the intimacies and complexities of relationships the way this show has done.  It's full of hurt, but brimming with hope.  Above all, it has heart, a rare commodity these days.  Right from the first few minutes of the opening episode Love had a hold on me.

As ordinary as it sounds, this show strikes me as an extraordinary accomplishment, and one quite unlike anything I have watched on television before.  That cannot be true, can it?  The desire for and pursuit of love is the most common story in the history of storytelling, is it not?  And yet, here is something fresh.  At a time when uninspiring reboots are all the rage, how wonderful it is to see stories about a timeless topic told in ways that make it exciting and new.  I am reminded of my reaction to the first season of ABC’s Modern Family, which made me feel as though I had never watched a sitcom about a family.

I have never read the celebrated New York Times column (featuring true-life love stories written by real-life New Yorkers) from which series creator and executive producer John Carney drew his inspiration for this show, so I came to it completely unaware of what I was in for, save for previews and a session at the Summer Television Critics Association tour that seemed to emphasize the performance of Anne Hathaway (pictured at top with Gary Carr) in an episode about a single bi-polar woman struggling to overcome the outsize challenges she faces everyday and connect with someone – anyone – in a meaningful way.  The emphasis was not without merit.  Hathaway gives a performance that is simultaneously heartbreaking, chilling, thrilling and uplifting.  She deserves every award that every relevant organization has to offer, if only because she somehow stands out above a large cast of equally gifted actors doing equally fine work, among them Cristin Milotti, Dev Patel (below left), Catherine Keener (below right), John Gallagher Jr. and Jane Alexander. 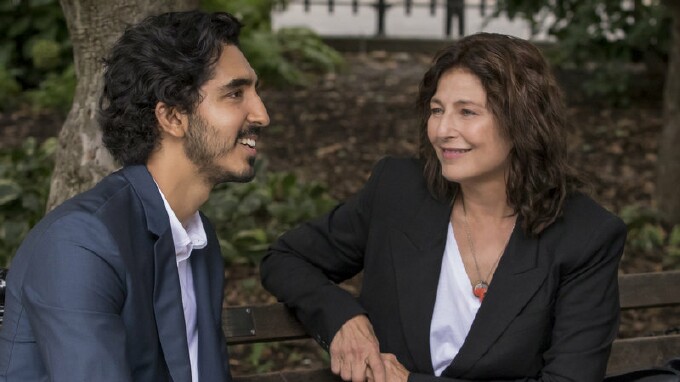 The idea of sitting through multiple Manhattan love stories was off-putting at first, even if they weren’t exclusively stories of romance.  (Love is all around, as the theme song to The Mary Tyler Moore Show once reminded us every Saturday night.)  Before watching, the only things that came to mind were (many of) the movies made by Woody Allen (at his best) and HBO’s Sex and the City.  Love may come from the most unexpected places and exist in many forms, but it can also make a mess.  For most people it doesn’t exist in an ordered, picture-perfect environment, devoid, for example, of the financial issues that impact everything that most people do every day.  Which reminds me; to date the most romantic relationship I have ever seen on series television was that of John and Olivia Walton on the classic family drama The Waltons.  Even in the midst of the Great Depression, with all the problems of the world weighing on them and all those kids to raise, their love and passion for each other was palpable every moment that they were on screen.

Separating the pursuit of love, family and friendship from financial hardship is a wonderful fantasy, but one that is largely unreal.  Yet for some reason, the best New York love stories tend to go that route.  Wisely, Love includes in its marvelous mix of memorable characters three homeless individuals (one pregnant, all three remarkably cheerful and sparkling) who remind us that not every New Yorker is economically blessed, and not all of them are self-obsessed, another common misconception in stories about upscale residents of the Big Apple.

Most of the characters in Love are doing just fine, thank you very much, at least where careers and housing are concerned, freeing them up to focus with near exclusivity on the relationships in their lives.  But, as with the romantic escapades of the lovers in Allen’s movies and the amorous adventures of Carrie Bradshaw and her friends, and as explored here, even when paved with privilege the road is generally long, bumpy and, for some, endless … even after people meet their special someones and settle down.

Putting aside practical matters, Love is above all a great escape, one that disarms as it charms and invites some daydreaming after it’s done.  The experience of binge-watching it is not unlike sitting through Annie Hall and then involuntarily putting together a plan to move to New York as soon as possible, if only to increase the odds of falling in love with someone fabulous.  It also provides a delightful opportunity to watch familiar faces take on new roles that make a maximum impact in minimal time.  (In addition to the names mentioned above, the cast includes Tina Fey, John Slattery, Julia Garner, Ed Sheeran, Olivia Cooke, Brandon Victor Dixon, Andy Garcia and Fleabag’s hot priest, Andrew Scott.)  Each episode delivers all the feels of a complete movie, even though it is only a half-hour.

Love, though, is more than a movie.  It’s another example of what TV can do that no other medium can.  Had it been conceived as a two-hour movie much would have been lost in the compression.  Had it been expanded into a 13-episode season it would have been a chore to sit through.  Had each episode been stretched to one hour the usual bloat that compromises so many streaming productions would have been unforgiving.

As it is, it is just perfect.  In tandem with Fleabag, another of Amazon’s high-class snackable treats, it is proof that in television as in life, less is sometimes much, much more.