Hearts and Science: What's In a Name? 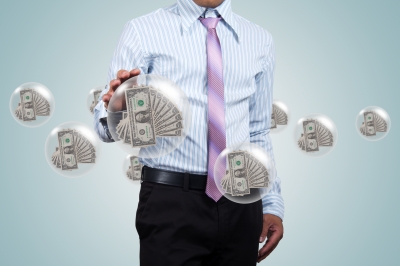 On the back of its Procter and Gamble win last year, earlier this month Omnicom Media Group announced that it is opening a third media agency to sit alongside OMD and PHD. The new network called Hearts and Science is headed by Scott Hagedorn, who was until recently Annalect’s CEO.

There are a few interesting things to say about this.

First, the name. This must be one of the first media agencies to pick a name that actually means something. I always thought it would at least be honest if one of the volume-obsessed media agencies were to be called VBM (Very Big Media) even if one or two may be able to think of a better word than "very."

Tempting though it is to name your new agency after the founders (like PHD), a color palate (Blue 499) or even the pub where your plans first saw the light of day (the7stars), there is something to be said for calling your new baby something you want it to aspire to be. H&S not only means something, it means something meaningful. It suggests that it will be all about mixing the softer, more creative, people bit with the harder, quantitative technology-driven bit.

Furthermore, it differentiates itself from what the average punter may perceive as the simply monolithic. The very name GroupM suggests size and a degree of uniformity, and even though Mindshare implies an association with the consequences of what it does, MEC, Maxus and MediaCom are at the end of the day just words beginning with "M."

Then there’s the choice of CEO. Hagedorn comes from the data world, having most recently run OMG’s data division, Annalect. In this Omnicom has followed GroupM, which is run in North America by Brian Lesser, the ex-CEO of Xaxis.

Certainly neither Omnicom nor WPP can be accused of not following their own advice. They’ve put an expertise in data at the heart of their media operations. No doubt they wish more of their clients would show the same commitment.

Other holding companies have been busy, too. Publicis and Aegis have in their own way decided on a degree of change away from the traditional media-only management past. Publicis Groupe Media in London has appointed a non-media agency person, Amanda Morrissey from WPP’s digital agency AKQA to head the UK operation; whilst Carat has hired its sister creative agency McGarrybowen’s boss Rick Hirst as its new UK CEO.

Publicis has tried to distance itself from the GroupM mini-holding company model by saying the center won’t contract with any client, although the notion of a "unifying chassis" on which the individual agencies are built doesn’t sound so different from the tried and tested GroupM formula.

It used to be said that all holding companies were much of a muchness, and their brands largely interchangeable.

That looks set to change.