Hispanic Ad Dollars are On the Rise, But Holdouts Remain 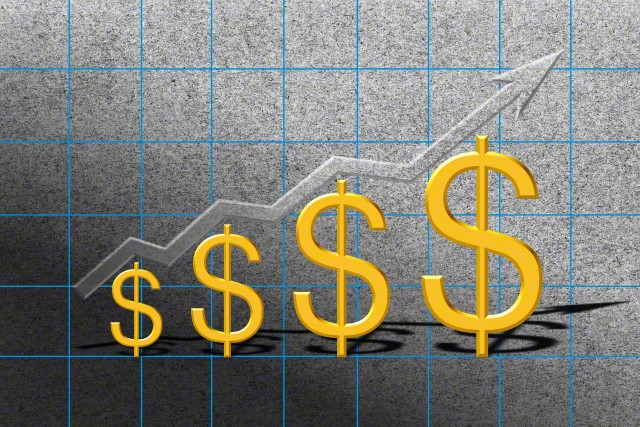 The outlook for advertising revenue among Spanish-language television networks this year looks quite solid. MyersBizNet predicts a 3.7 percent increase from 2015, crossing the $2.5 billion annual revenue threshold for the first time.

(Editor's Note: This is the third column in Simon's four-part series about the current and future state of Spanish-language TV. Read Part One here, Part Two here and Part Four here.)

Key executives from the top Spanish networks declare that MBN's outlook is on track to be realized.  First quarter 2016 sales "look like they will beat expectations, and the second quarter forecast looks good," says Keith Turner, Univision's President of Advertising Sales.

It's also a healthy current marketplace for Chris Czarkowski, Senior Vice President of Ad Sales for NBC Universal Telemundo Enterprises. "We finished 2015 with great strength in our ratings, leading to one of the best years ever," he says. "We're on track to gain year-over-year."

Nevertheless, both Turner and Czarkowski acknowledge another reality: Their advertising bottom lines -- and that of Spanish-language network TV as a whole -- would be far better and brighter if the multitude of advertisers not involved in their medium got involved. In every product category that comes to mind, for every sponsor putting their dollars nationally in Spanish, there's a bunch on the fence, more than four decades after Univision, under pioneer Rene Anselmo, launched the Latino TV era with the name Spanish International Network (SIN).

Take the insurance arena. Allstate and State Farm have advertised on Univision, Telemundo and other Spanish-language networks for decades. Repeat, decades. Liberty Mutual, Mass Mutual and Aflac also are active. Yet Geico, as opportunistic and prevalent a TV ad player as there is, hasn't spent a dime. Nor have (as far as this long-time chronicler of the scene knows) Pacific Life, Northwestern Mutual Life and many others.

Giant fast-food/restaurant chain players are more proactive. McDonald's, Burger King and Wendy's are big Spanish-language network spenders, as are Arby's, Outback Steakhouse and Applebee's. There have been initial buys from Red Lobster, Subway and TGI Fridays the last two years.

What about financial resources like TD Ameritrade, Charles Schwab or Scottrade? Not a peep. Why haven't they followed the lead of Fidelity Investments?

Samsung uses Spanish-language TV to highlight both smartphones and tablets. Microsoft and Apple also spend in the category, but many of their competitors have yet to follow suit. And to this point, Spanish networks haven't joined English-language channels in getting a flood of annual spending from the universe of Internet sites like Yahoo!, eBay, Priceline, Amazon, Google and E*Trade. The rare exception here: GoDaddy, a buyer on Fox Deportes' landmark live Super Bowl game presentation two years ago.

"That's the million dollar question out there," Czarkowski asserts. "Why don't they participate after all this time?"

In public, answers from the advertising world range from the way media buyers and agencies handle Latino TV spending to how individual clients perceive the Latino demographic and, fairly or unfairly, compare their buying power and product tastes with that of other demographics. No matter what the thinking is out there, both Turner and Czarkowski agree that from here on, if Spanish-language networks are to bust through the non-ad wall, they have to rise above selling their own ad time. "Our job is to sell the value of this television opportunity first, Univision and our other networks second," Turner believes.

"It's time for us to speak collectively as both an industry and as the key demographic in the growth of this nation," adds Czarkowski.

Turner is working on both goals through a business development unit formed early on in his Univision tenure that concentrates on first-time sponsors. More than 120 companies or brands have entered the scene since the unit's conception, 80-plus getting involved the last few quarters. In particular, the unit is scoring gains with auto manufacturers, auto parts chain stores such as Pep Boys and O'Reilly's, and buffet-minded Golden Corral among the restaurants.

At NBC Universal Telemundo Enterprises, a new campaign to win over new clients will get underway soon. "Culture First," will kick off with the release of an extensive study on Latino consumer habits and trends. Czarkowski and his colleagues want to get this study in the hands of chief marketing officers, who they see as the needle-moving people for this marketplace. "We need to evangelize them," he says.

Another possible needle-moving development is NBC Universal's decision last week to introduce programmatic TV buys this fall among a select group of advertisers. The NBCUX process, already up for digital buys, would give advertisers the ability to plan and execute automated buys, based on a mix of internal data, NBCU research and third-party data. Ad time on Telemundo and sister net NBC Universo would be up for programmatic sales, alongside NBC, USA Network, Syfy and the other NBCU services.

"We think this can be a new way to bring advertisers into the Spanish-language TV world," says Dan Lovinger, executive vice president of NBCU's entertainment ad sales group.

"It's an exciting innovation for us," Czarkowski adds. "We're just getting details about how this process will work, but from what we're learning, it's a natural extension of our business."

For Turner, programmatic is a work-in-progress, and he doesn't know when Univision and sister channels will adopt it. "The good thing is everybody's looking at what programmatic can do," he observes. "(But) everybody's trying to figure out how to use it."

Programmatic role up ahead or not, the push to push advertisers playing Humpty Dumpty over Spanish-language TV over their wall is on. Expect that push to get stronger when Upfront deal making begins mid-May.