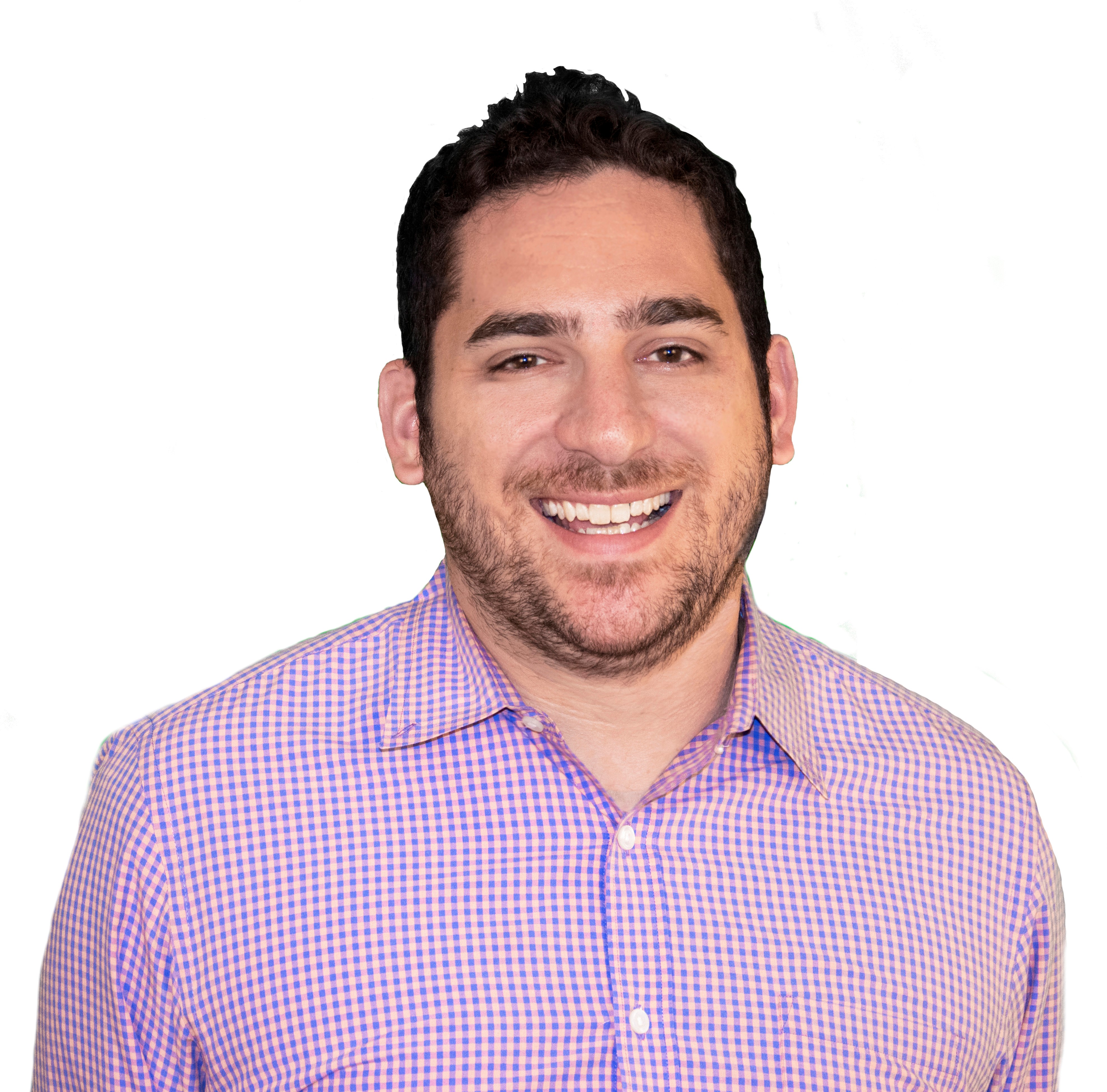 As media morphs and fragments, and as content creators become more adept at maximizing the reach of their content across platforms, the basic business model is changing for advertisers.  Mindshare has embarked on an ambitious and fascinating study on the emerging Media Multiverse and how consumer usage is impacting the major entertainment franchises.

According to Mindshare's press release, the Media Multiverse is “the industry shift towards franchises that live across a mosaic of platforms and away from linear storytelling on one channel."  The study examined 35 of the most popular properties to ascertain their power and their impact on brands.

Charlene Weisler:  Why do this study?

Joe Maceda:  We noticed that more and more franchises were building extensions across multiple channels and platforms and taking up more of consumers’ time.  We think that is indicative of the entertainment companies focusing more on audience depth rather than audience reach.  By depth we mean the ability to get a core group of fans so interested that they will follow your franchise wherever you take it in terms of channel and whatever format.  Recognizing that, we thought it was important for us to understand who those biggest players are that have the most power when it comes to cultivating those audiences and inviting them into those franchise extensions.

Weisler:  The study indicates that the biggest companies have the greatest resonance.

Maceda:  Yes.  Those who have managed to cultivate a brand in a way that is consistent, such as Pixar and Marvel; those who have an air of special-ness, especially those who are able to extend it from the theater to the TV format and eventually into more extensive digital formats.

Weisler:  What do you see as the future for advertisers in the Media Multiverse?

Maceda:  Advertisers need to think about the ecosystem of the major franchises.  If you have a core group of millions of fans who are engaging with a franchise in eight to twelve different formats over the course of time, there are implications as to how we message when there are advertising opportunities.  Further down the line, as it gets more ad-free, brands and advertisers might think about flipping the script entirely and becoming entities that help create and become partners to create more buy-side content and unique experiences to become an entry point into some of these franchises or revive previously dormant franchises.

Weisler:  How immersive do you see it all getting?

Maceda:  I like to think about immersive as less about the formats of the content itself (like whether it is AR or VR) and more in terms of how deeply a fan of that franchise can engage.  I think it will be fully immersive to the point that it might not be linear at all anymore.  For example, more and more movie releases are accompanied by real world experiences that partly promote the property itself but are also an extension of the property.

Weisler:  Were any of the results surprising to you?

Maceda:  We were somewhat surprised at how powerful Game of Thrones is given that its heritage is fairly deep in the fantasy genre.  To date, the existence of Game of Thrones is only on premium pay cable, so it is entirely behind a paywall.  But it is the franchise that most people want the most of (54% want to experience more GoT).  So we are seeing the birth of a mega-franchise here which we haven’t seen since Harry Potter 20 years ago.  If this follows, we would expect to see, in 10 or 15 years, multiple iterations or extensions of the story in terms of video content.  We can almost be certain that there will be theme park extensions and other real-world experiences as well as continuation in the written format and the emerging formats. 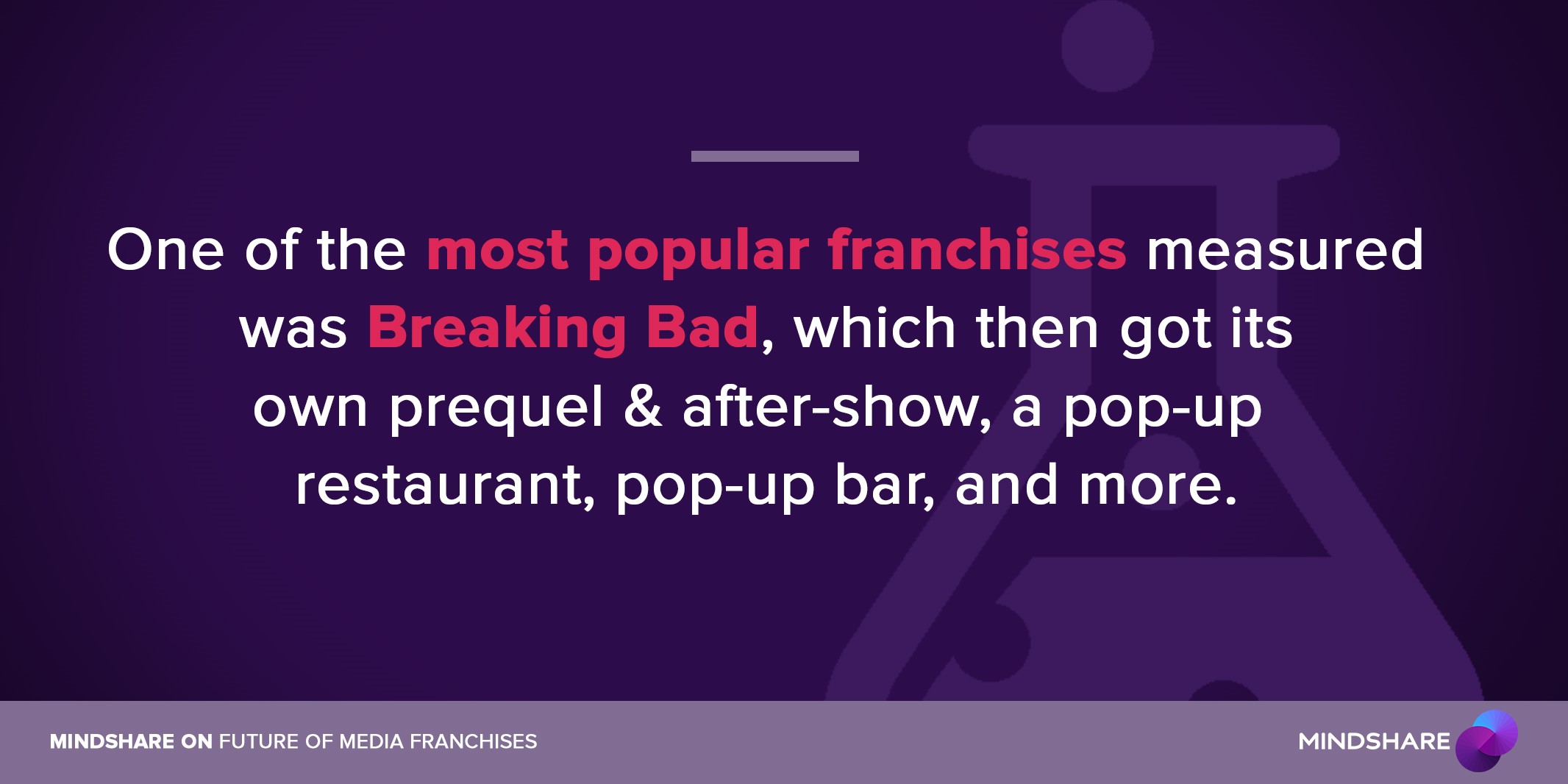 Weisler:  How would advertisers know about which content has the greatest resonance, such as a Breaking Bad?

Maceda:  What we found from our study is the very first thing is whether people want to talk about the content after consuming it because that is a major indicator of how much more they want to experience it.  So, the more someone talks about it, the more we can assume they want to enter into that world and consume more deeply.  Breaking Bad is a great example in that it was never created to be a great franchise but at the same time it captured people in a way that almost required giving them more.  I don’t know if you can set out to create or identify resonant content at the start but that initial reaction and the way fans engage once it starts to take off is the biggest indicator.

Weisler:  What are the next steps for this study?

Maceda:   We plan to make this an annual study.  I am very excited to see what year two looks like as more and more of these franchises continue to build out their fan bases and their formats.  We anticipate that, as we looked at 35 properties this year, we might remove some and add some more. I am most excited to see, as with Game of Thrones, the trajectory and the velocity of some of these franchises as time goes on.  We in the Invention Studio are using the study for brainstorming techniques.  We want to identify what types of ideas we can bring to partnerships with these franchises and understand all of the ways people are engaging in these properties.  Our Spotlight Team uses this data to identify which formats and platforms are most powerful for our consumers.