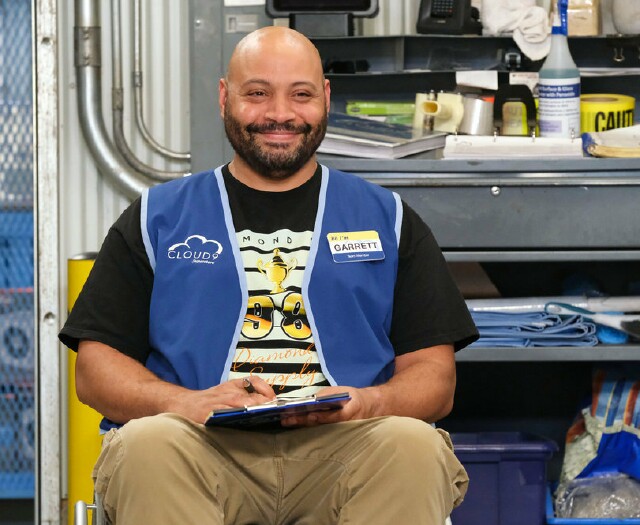 Like the rest of the world, NBC's Superstore has changed a lot over the past year. Cloud 9 has been acquired, Myrtle passed away (R.I.P. Linda Porter), Sandra (Kaliko Kauahi) got married, Cheyenne (Nichole Sakura) turned 21, Amy (America Ferrera) got a new job, and, oh yeah, COVID happened. To top it all off, this, it's sixth season, will be the comedy's last. Major events continue to abound as the show begins its swan song, which most recently included an episode addressing racial insensitivities in the workplace. It was titled Hair Care Products and, not surprisingly, it was handled pretty well.

Before getting to that episode, let's jump back to the season opener, Essential. This one basically served as a re-entry to the show that viewers already knew and loved, because it kind of wasn't the same show anymore, in the way that life as we've known it has changed since the pandemic started. There was something cathartic about seeing the introduction of masks, long lines, and inexplicable toilet paper outages in a way that was relatable and hilarious, as opposed to disruptive and anxiety fueling like it is in real life. As someone who's personally held a couple of these types of big-box store jobs (see below) both before and during this same pandemic, being able to see that from both the employees' and the freaked-out consumers' respective standpoints really hit me in all kinds of ways. 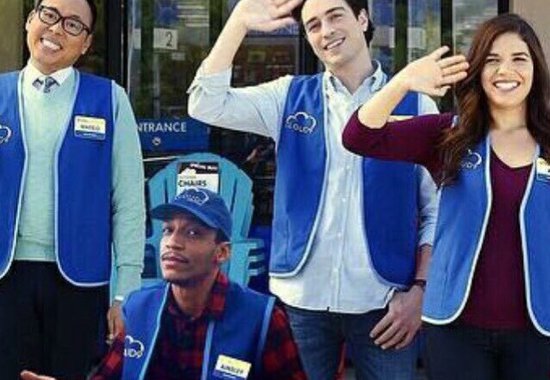 Additionally, Amy's been on her way out ever since the season five finale, creating a situation that necessitated a definitive outcome for her relationship with Jonah, which we did eventually get in episode two, California Part 2 (another hilarious episode, by the way). This all meant a new configuration for the store, including a new pandemic-based aesthetic, and new employees to fill the void left behind by Amy. Glen (Mark McKinney) got exposed to the virus so, even though he's reclaimed his position as store manager, Dina (Lauren Ash) has been left running the show in his stead while he quarantines.

This brings us back to Hair Care Products. Apparently, Cloud 9 had a policy of keeping Black beauty products locked in a cage, not unlike actual dangerous items (like razors) or items of necessity that people commonly steal (like deodorant). Garrett (Colton Dunn, pictured at top) doesn't consider the righting of this wrong particularly meaningful, mainly because besides being the absolute smallest gesture that a multi-million dollar retail chain recently acquired by a tech company could possibly make, it also wasn't the only racially insensitive thing happening in the company. Unfortunately for him, Dina uses his stance to thrust him to the forefront of this "make Cloud 9 less racist" movement, which at the very least means he has to make a list of things that negatively affect team members and guests who are people of color. Obviously, he does not want to do this.

Superstore doesn't often directly tackle race issues, at least not in an episode-long kind of way. Nine times out of ten it'll be a verbal jab during a conversation amongst b-string Cloud 9 employees, or a throwaway reference by someone young (usually Cheyenne) that calls out the difference in tolerance something dated exudes. But in this case, the writers went for a straightforward depiction of what situations like this are actually like.

All Garrett did was see the same racism that everyone else did, except he was Black while doing it, and now he's got to make this list. Often times in real life, people will find themselves having to fight much more of "the fight" than they intended, usually because they're the only person there representing the group being wronged, or they're the only person who cares enough to do anything at all. In this instance, however, it seemed that all or most of the non-POCs involved were completely out of their depths when it came to even addressing the topic, let alone being able to call out the racist moments and/or understand them/their impact.

The bottom line is that locking up Black beauty products specifically because they're for Black people is basically saying that only Black people steal. Having an animated character named MC Cool Cloud -- a white cloud that's appropriating Black culture via its gold chain, shades, and stereotypical hip hop stance – is wildly offensive to that same group of people, and making Garrett have to basically hold "racism story time" in order to literally educate all of his coworkers (but specifically, the white ones) about the Black experience is, well, lazy. 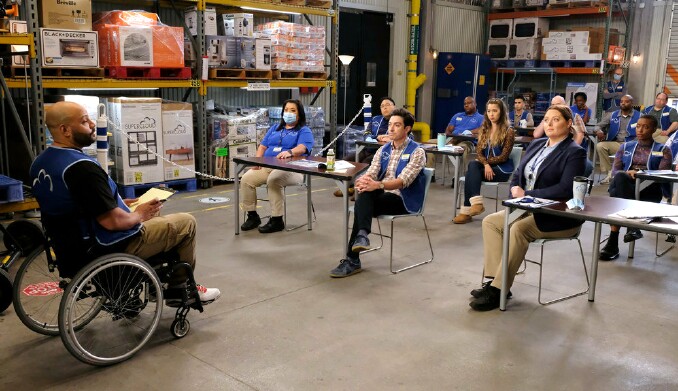 Props to the writers for finding an effective, organic and, as always, humorous way to put that message across. It is not my or any person of color's job to educate white people about the injustices we suffer in America. The truth is, the burden of understanding one's own privilege falls to the people unaffected by systematic racism and oppression. Garrett shouldn't have been made the face of this movement, and the handling of the situation by upper management (which involves Glenn and the phrase "All Lives Matter pizza party" at one point) shouldn't have been so insensitive in and of itself.

I've been lucky enough to work in places that have diverse staffs and racially sensitive policies and marketing but, not unlike Cloud 9, these places are still major corporations at the end of the day. Odds are, they're just doing whatever they think will keep people coming in. It really comes down to us working together to make sure we're considerate of one another, while making an effort to educate ourselves about the plights of our fellow human beings so that people who don't have the same day-to-day as we do don't become even more marginalized then they already have.

Superstore is a bastion of down-to-earth, progressive, forward-thinking comedy, and it has been since it first came out back in 2015. The writers of this particular slice-of-life comedy have probably felt like they bit off more than they intended to chew as life became a cake that nobody wanted slices from over the past few years. Fortunately, they've proven themselves more than capable of accurately reflecting the times we currently live in and showing the world that honesty and a sense of humor can go a long way.

There are only 10 episodes left in Superstore's final season. I'm going to hate to see it end, but I can't wait to see how this particular shopping experience comes to a close.

Superstore is telecast Thursday at 8:30 p.m. on NBC.