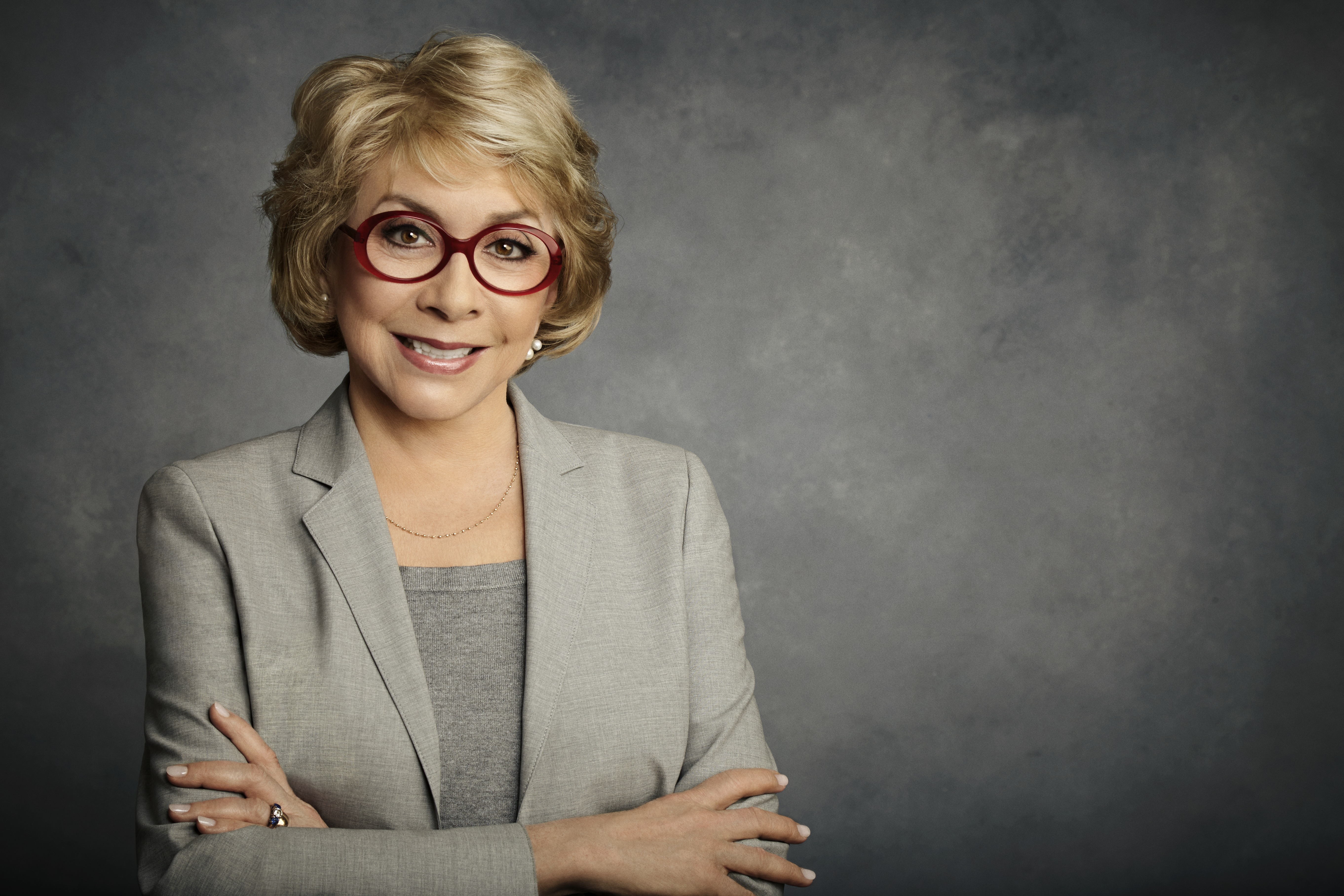 Some recognizable names were heard a lot in the same sentence a few years back: The Walking Dead, Mad Men, Breaking Bad ...and Arlene Manos.  Recognizable for more than her signature red-frame eyeglasses, Manos is also known as a powerhouse in the ad sales and television industries via an arsenal of top-performing shows, first at A+E then AMC Networks.  Episode 9 of Insider InSites is a conversation with the President Emeritus of Ad Sales for AMC Networks on her upcoming induction into the IRTS Hall of Mentorship, taking risks, forging new ground and mentors.  Manos (pictured at top) describes the skills for selling spots and spotting top talent.  The transcript below has been edited for clarity and length.  To hear more about Arlene's career you can listen to the entire conversation here, through our player below, or on Stitcher.  You may subscribe to all our Insider InSites podcasts on Apple podcasts.

E.B. Moss:  The International Radio and Television Society Foundation -- now as a forum for all aspects of media just called "IRTS" -- says its mission is "building future media leaders."  So, is that what mentoring is all about?

Arlene Manos:  I think it is.  Like so many of those names of things we used to be, like American Movie Classics becoming AMC or how A&E was originally Arts and Entertainment ... things grow and morph and change purpose.  So initials can stand for a lot.  That's exactly what has become true of the IRTS.  And they do develop [future media leaders with their] intern program.  I think it's very worthwhile.  It encourages diversity and is a terrific program.

Moss:  The IRTS web mission describes a great way to frame our conversation.  It's ultimate goal is "to bring together the wisdom of yesterday's founders, the power of today's leaders and the promise of tomorrow's young professionals."  So let's talk about the wisdom you've gained in the ad business from others.  Who did you count on in your early stage career?

Manos:  Well, Jack Myers was the first person to hire me into the television industry!

Manos:  That's right.  But looking further back ... I [realize my first mentor was] an older man at Philadelphia Magazine; a very traditional sales guy, but he never saw a difference between men and women.  He thought everybody deserved a shot and was as fair as could be.  He believed in me, and started me off in sales ... as did Jack, when he hired me from print into television for a new retail business development department to [leverage my retailer contacts].  Very few upscale retailers (like Bloomingdale's and Saks) were using television, just print.  At the time, the business was spot-oriented, not developmentally oriented; Jack and I navigated a lot of headwinds, forging new ground.  It was a very difficult task but with that initiative we put ourselves on the map.

Moss:  What was your takeaway from that early experience?

Manos:  I wasn't comfortable with risks but I was willing to take them.  I was pretty good at collaboration and disarming a hardboiled sales team a bit. They didn't welcome our efforts much.  But, there's nothing like success and we were successful and therefore, respected.

Moss:  You were selling classic movies on what had been American Movie Classics.  When the brand started to evolve to AMC, with top shows like The Walking Dead, how did that change how you managed and hired the sales force?

Manos:  There's no such thing as a born salesperson.  I look for common characteristics: energy, passion, work ethic, the ability to read others and to read a room.  Don't try to put people into a pattern or box.  Manage them as the individuals they are, because people are motivated differently. Certain basics have to be there;  you can't spend all your time mentoring.  Look for their ability to emulate ... to pick up on best practices.  They really learn from one another as much as they do from me.

Moss:  How do you coach someone?

Manos:  Be direct and honest, not confrontational or judgmental.  Always tell them when things are not going well.  They don't always love you for it, but it's not always about encouragement.

Moss:  You brought in about a billion dollars in revenue in any given year?

Manos:  We're getting right up to that now.  We have a whole stable of products here, beyond just Mad Men and Breaking Bad: BBC America to IFC.

Moss:  As things were rapidly evolving in the last 10 years, with No. 1 shows on your hands, you've had to be innovative with advertisers.

Manos:  You have to know your target and who's the right fit.  Perhaps Amazon or Coca-Cola are right for a very expensive spot.  However, other advertisers need something different, a little more context or immersion.  For example, we worked in cooperation with Samuel Adams and IFC'sBrockmire to highlight Boston Beer.  Samuel Adams [also] promoted IFC's Documentary Now! with [a PBS-type fundraising segment].  That [type of] immersion was something different that we could do with IFC.  You can't do it with all networks.  You can't just plop a product in front of somebody and have it be so obvious because it ruins the show.  The producers won't put up with it and the audience doesn't like it, either.

Moss:  As a mentor what do you recommend for the sales forces in today's industry?

Manos:  Expose yourself to as much as you can.  Go to conferences, become aware of everything and don't think that your area isn't going to change, because it's all changing.  Just like how we see things changing so at this point we have invested in the streaming services, stay alert and immerse yourself.

Moss:  Who would you like to have as a mentor -- even anyone in history -- if you were starting out today?

Manos:  I would go back to that man that gave me my very first chance to go into sales because I didn't even know what media sales was.  I needed to make some money and he looked at me and he said, "I think you can do it."   That gave me a lot of confidence.