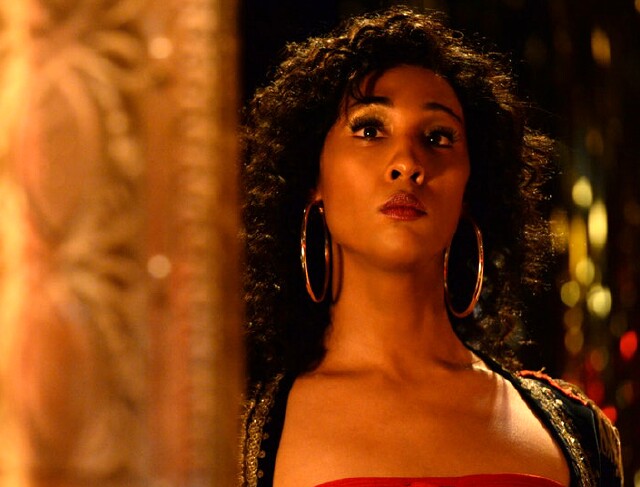 Pose is pure magic.  FX’s newest drama (created by Steven Canals, Brad Falchuk and Ryan Murphy) is just as gritty as it is glamorous.  Set in New York City in the late ‘80s, every single moment in this groundbreaking series is more visceral and engaging than the last.  Posetells a three-pronged story -- one that’s been brought to life by the largest group of transgender series regulars on a scripted television show to date.  In a world where the LGBT community's ball culture and Wall Street’s luxury “gotta have it all” drive were both on the rise, where everyone needed to feel superior to someone (much like today), and where people were never exactly what they seemed to be, there were three little verbs that perfectly embody the grind of day-to-day life for the show’s protagonists: Live. Work. Pose.

It’s amazing how well those three words sum up the main aspects of this series.  Take “live” for example. “Live” represents the personal lives of the protagonists. The first aspect of life the viewer is exposed to is that of House Abundance.  “Houses” were usually apartments or some other multi-room dwelling where a “house mother” offered room and board to other gay and trans people who’d been ostracized from society just for being who they really were.  In turn, guests had to adhere to their housemother’s rules, which usually included calling them “mother” as well as representing the house during ball competitions.

Before we ever see the “work” and ”pose” aspects of Pose, we see almost everyone’s home life.  In the first scene, the tyrannical and selfish Elektra Abundance (Dominique Jackson) is with her house members discussing the upcoming competition.  At that time, Elektra’s house consisted of Blanca (Mj Rodriguez, pictured at top), Angel (Indya Moore), Lulu (Hailie Sahar), Candy (Angelica Ross), Cubby (Jeremy McClain) and Lemar (Jason A. Rodriguez).  They decide to “mop” (shoplift) actual Elizabethan Era garb from a local museum.  In their defense, if they wanted to win they didn’t really have a choice. I mean, the theme of that week’s ball was “royalty.”

Glossing over the ball right now and staying with the theme of personal lives, we eventually follow Blanca to a doctor’s appointment.  Unfortunately, she finds out that she’s HIV positive, a crushing revelation that would emotionally paralyze most mere mortals.  Blanca, however, although obviously devastated, expresses empathy for her doctor and the fact that she has to “tell people they’re gonna die every day.”

This development motivates her to start her own house so that she may help others as she was helped and begin a legacy of her own to eventually leave behind.  The name of her house?  House Evangelista, which is appropriate because Blanca is a goddamn saint.  House Evangelista grows to include Angel, Lil Papi (Angel Bismark Curiel), Damon (Ryan Jamal Swain) and Damon’s eventual boyfriend, Ricky (Dyllon Burnside).  House Evangelista ends up feeling like more of a legit family than almost every other family depicted in this show.

Even though at some point or another everyone gets the chance to tell the horrific tales that are their respective backstories, Damon’s backstory is actually shown.  We see him leaving a dance class in his hometown and coming home to what begins as an ass whoopin’ from his homophobic father and eventually morphs into both his mother andfather disowning him.  His personal life leads him away from the family he was given and towards the family he would eventually chose.

Moving on to the “work” aspect of the series, employment plays a major role in the world of Pose.  “Mopping” clothes from stores is a popular way to acquire the high-end threads needed for the fierce competition at the balls, and “normal” jobs can be hard to come by for those unable to convincingly blend in with the rest of society.  Shoplifting is how these characters get things done, assuming the house they’re in doesn’t have rules prohibiting that behavior.  Lil Papi secretly sells drugs (against Blanca’s wishes) in order to scrape up his daily bread.  Damon was dancing in the park for change when Blanca first happened upon him, and Angel is a straight up prostitute.

Employment is also how we’re introduced to Stan (Evan Peters).  He works for a stereotypical ‘80s Wall Street douche named Matt Bromley (James Van Der Beek), who happens to work at Trump Tower.  Stan wants a piece of that corner office life, and he’s willing to be whoever he needs to be to get there.  It appears that he is doing what he does with his wife, Patty (Kate Mara), and his daughter, Amanda (Samantha Grace Blum) in mind, but his new-found fortune does allow him to seek out a treat for himself every now and again: A secret relationship with Angel.  The irony of Stan’s existence is that whether he’s living orworking, he’s always posing.  At one point he even says as much, complimenting Angel on her decision not to hide who she is from the world even though the world hates her for it.  Meanwhile, he fakes the funk so often he personally feels as though he’s devoid of any actual personality. 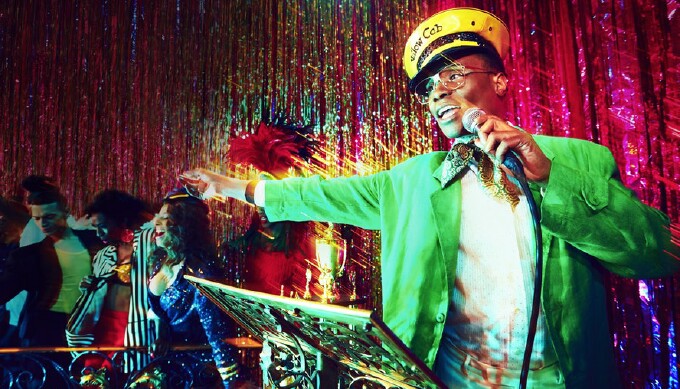 Finally, the third prong: “pose.”  Along with the idea that everyone needs someone to feel superior to, posing is an integral theme throughout every episode.  Ball culture is interesting as hell, and the balls themselves are flat out amazing.  Energetic and colorful (like the show’s title sequence), these weekly events are like underground talent shows, with four judges, a sassy emcee named Pray Tell (Billy Porter, pictured above), a microphone, lights and a whole lot of voguing.  These events are more than just a competition though.  In a society that shuns them, houses have the opportunity to bring glory to something that no one can take from the participants: their names.

Irony rears its ugly head once again as one considers the goal of these balls: look one’s best, have the most swag, and be able to convincingly blend in with straight society. The ability to do the latter is one of the precise reasons why Elektra is such a jerk.  She’s been able to blend in convincingly for years, and it’s only added to her sinister hubris.  This idea is juxtaposed by the underlying theme of self-acceptance and social equality that the show promotes and for which Blanca specifically fights.

Poseis a beautifully written show about beautiful people, and it’s being brought to life by a beautiful and talented group of actors.  It doesn’t pull any punches, but there’s also plenty of fun to be had.  Every character feels real as hell, so the emotions we feel are real, as well.

Forget the fact that it’s circa 1987 soundtrack is fire.  Forget the fact that the quips are unparalleled and the attitudes hilariously uncalled for.  Forget all of that.  This show is worth the watch for Mj Rodriguez and the story of Blanca Evangelista alone.  She goes so hard for her family it’s impossible to not love her.

Like I said up top, Pose is pure magic -- and I’m definitely under its spell.

Pose is telecast Sunday at 9 p.m. on FX.