Reports of the Demise of Newspapers Were Greatly Exaggerated 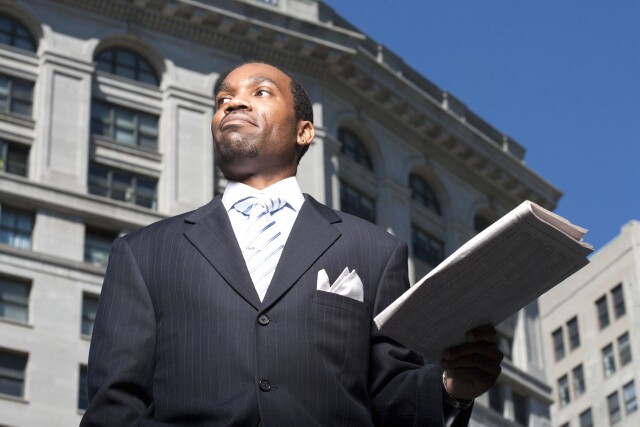 June 30th marked the one-year anniversary of the dissolution of Newspaper National Network, LP (NNN) -- formerly the sales and marketing arm of the newspaper industry.  As this date approached and subsequently passed without a powerful display of fireworks, it affirmed what I already knew -- change happens, marketers adapt, new media solutions emerge and the newspaper industry is no longer headline news.

Thinking about anniversaries, it's been almost a decade since Advertising Age ran its "Newspaper Death Watch" series in 2008.  The newspaper industry now stands under the radar, quietly innovating and rebuilding revenue, circulation, digital monetization and ancillary lines of business.  I'm not saying that it will ever return to its peak performance; but it most certainly is not six feet under.

Consumption of news has grown exponentially across almost all demographics and formats over the past year.  Social media is fueling the sharing of news and information, cable news wars have heated up, late-night television is experiencing unprecedented growth and companies like Univision and Sinclair Broadcasting are building more local news into programming formats.

Due in part to political, social, technological and societal trends, news omnivores now exist across generations.  And, local newspaper media continues to be the engine that drives so much news reporting.  As examples, how often do you:

While "fake news" is making headlines and ad spend trends in the Advertising Age 2017 Leading National Advertisers Fact Pack (June 26, 2017) show that newspaper spend is down -9% year-over-year there is a silver lining.  A new Gallup survey of American attitudes towards news publishers showed that newspapers were up year-over-year, outperforming television news and news on the Internet.

In addition, BIA/Kelsey continues to forecast growth in local media spend from $145.2B in 2016 to $174.9B in 2021.  While online and digital ad share are projected to surpass print ad spend by 2018, this is not terminal for local newspaper media companies who have anticipated this shift for years.  Most have been working to grow their mobile, digital and video share of market through partnerships for content distribution, e-commerce and new technologies.  They are also focused on improving revenues associated with circulation and offering marketing services to better serve the needs of the growing small business owner segment of the marketplace.  As bizarre as it sounds, newspapers should thank the Advertising Age "Death Watch" as it forced the industry to confront the inevitable before other traditional media.

As mobile is fully embraced as the new norm, the focus of advertisers and consumers naturally shifts to local -- and, newspaper media has a proven foothold in this space.  I find that certain newspaper media companies are transforming in a way that ensures they will see a resurgence in relevance, trust, audience, content distribution, revenue and cost containment.  Recent local newspaper acquisitions by GateHouse Media (owned by New Media Investment Group), Ogden Newspapers and USA TODAY NETWORK are smart business decisions, as each strives to maximize efficiencies while super-serving communities.

For example, Gannett Co., Inc. (owner of USA TODAY NETWORK) has proven to be a next-generation media company strengthening communities across its network.  Through trusted, compelling content and unmatched local-to-national reach, it touches the lives of more than 100 million people monthly with Pulitzer Prize-winning newsrooms, powerhouse brands, groundbreaking digital innovation (including VR) and a full suite of digital marketing services.  ReachLocal and other strategic brand reputation management devices help to prove ROI for national advertisers which has often been problematic to do in the local space.

As back office resources are aggregated and stories bubble up using heat maps efficiencies once again ensure that great storytelling is king.

With the newspaper media industry currently out of the conversation, it is afforded the luxury to reinvent to survive if not thrive in this new media reality.  As noted above, it's been almost a full decade since the "Newspaper Death Watch" series ran in Advertising Age; any predictions for what will make news in 2020?