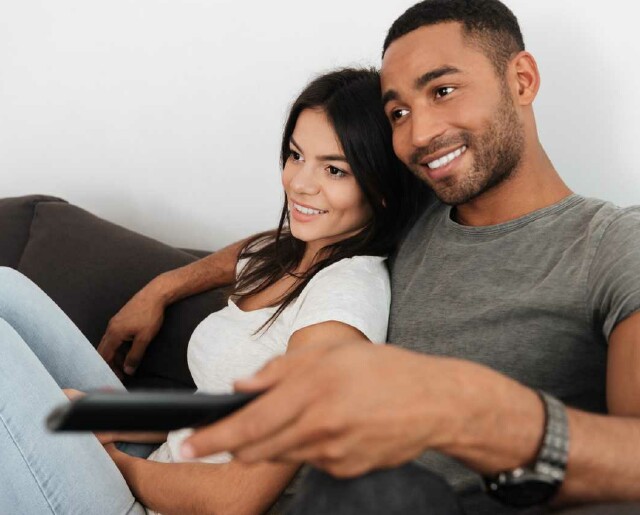 The overriding message last week at the Hispanic Television Summit in New York was this:  There’s no question anymore that programming produced by and for the more than 60 million U.S. citizens of Latin descent has come of age and is being increasingly embraced by that segment of the population.  The game now is to increase the scope of content created for the Latinx community, together with the revenue stream supporting it.

“There has never been a more exciting time to be in this industry,” declared Sandra Alfaro, Managing Director of Grey Advertising’s Wing unit, who kicked off this annual forum, now in its 16th year.  In Alfaro’s estimation, it will take a transformation of Latino content perceptions and advertiser participation in this marketplace, regardless of whether the content Latinos watch gets made in English, Spanish or a bilingual fashion.

That outcome must happen under an overall transformation of thinking about the importance and magnitude of diversity on TV, Alfaro insisted.  “One million Latinos will turn 18 this year, and for each of the next 20 years,” she added, referring to the key 18-49 adult demographic many national advertisers and agencies continue to covet.  “Diversity is not a need-to-have opportunity.  It’s a business imperative. If you’re not practicing diversity, you are not marketing.  If you’re not on board, get on board.”

Alfano encouraged attendees to shift the vocabulary in play now when Latino programming or advertising sales deals are made.  One example: go from references of this business serving a niche audience or minority to serving a fluid, evolving culture.  “Please don’t talk about Latino advertising as an incremental opportunity,” she said.

1)  Incorporating culture from the start into programs and ads
2)  Treating the audience with the depth and respect they deserve
3)  Understanding that the “who” in your work matters as much as the “what”
4)  Thinking beyond the ad or program, as with unique community outreach

“If audiences are browner, we need to talk to them where they are,” said GroupM Multicultural president Gonzalo Del Fa, endorsing the idea of more community outreach connected to programming. Del Fa made the endorsement on the panel session immediately after Alfaro’s keynote statement.  “Content makers and distributors who provide the most background and data about Latino culture and current habits will be rewarded with the most ad dollars,” he suggested.

Univision Communications Ad Sales and Marketing President Steve Mandala invited the Latino TV community at large to develop consortium approaches to generating ad and subscription revenues, while experimenting with content genres, formats and unusual revenue options.  “To some extent, we’ve become our own worst enemy,” Mandala acknowledged.  “We need to aggregate and target audiences at the same time.  We have a snowflake mentality right now.  Until we come to common definitions (and strategies), we can’t do a lot right now.  We’ve got to stop tearing ourselves apart.”

While Latino content makers and distributors aim for that result, the advertising community must get a more accurate picture of Latino consumer tastes, then incorporate that picture into their decision-making, argued HIS Markit Vice President Marc Bland, who specializes in Latino spending on cars and associated products among various clients.

“Advertisers must drop the stereotypes that Latinos cannot afford luxury items and goods,” Bland declared, then used a set of charts demonstrating that sales for various car models among Latinos is higher than the general public -- and more consistent on a year-to-year basis.  “Be in this marketplace in good times and bad,” Bland recommended.  “What are you doing to reach the future majority in this country?”

On an increasing basis, Telemundo parent NBCUniversal invites advertisers to take a multi-content, multilingual approach to reaching Latinos.  Combination buys tie Spanish-language ads on Telemundo with messages on one or more NBCUniversal English-language services, including NBC, Syfy and Bravo.  That way, “we reach 99 percent of all Hispanics in any given month,” said Laura Molen, Executive Vice President of NBCU’s Lifestyle and Hispanic Advertising Sales group.  Telemundo’s portion of a buy reaches two-thirds of Latinos, with the rest reached via English-language networks.

The approach was extended to programming for the first time earlier this month when NBCU launched a weekly entertainment news program, carried in English on E! and Spanish on both Telemundo and Universo.  Each channel carries the program in a different time slot, and both versions have the same bi-lingual hosts.  If this undertaking works, count on more content projects with the same presentation approach, Molen said.  Separately, look for development of bi-lingual commercials that play on any channel.  “The growth will come from marketers challenged to find more and more ways to reach this crowd at scale,” she insisted.  “We need to give them options to tell a story that lifts their brands.”