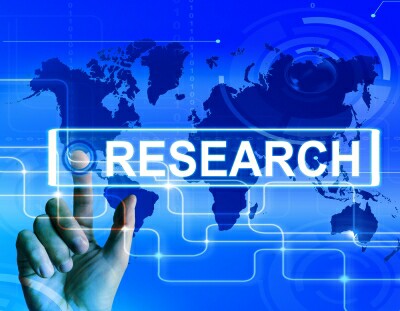 Has Tracey Scheppach’s wish come true? In a way …

Tracey Scheppach, EVP, Precision Video, SMG, long a champion of set-top box data and addressable TV commercials, had once famously created buttons of herself in the style of WWII’s Rosie the Riveter proclaiming "Free the Data." On May 14, Linda Yaccarino, Chairman of Advertising Sales, NBCUniversal, announced that the new NBCU Audience Targeting Platform will now be fueled with set-top box data from Comcast’s 20+ million subscribers.

Admittedly this is not exactly what Tracey has been pulling for. In her (and my) visions more than ten years ago, the industry benefitted the most by everyone having affordable access to the data as often as desired. In the new world announced on May 14, access to the data comes when the seller chooses to make it available to the ready buyer. This means that the seller will choose the package the seller wishes the buyer to buy, in the traditional manner, but now supported by and optimized in relation to set- top box data and advertiser data matched to it in the direct-match, anonymized, no-fusion manner invented by TiVo Research in 2006.

The buyer can be expected to ask for other specific ways of looking at the data, and the seller can be expected to cooperate in the interest of closing a bigger better deal. The buyer can be expected to constantly emphasize the ratio of cost to targets reached, and ROI. These are very healthy developments that benefit everyone and Comcast deserves a big round of applause for this. Without having the space here to mention everyone who deserves thanks, this includes Linda Yaccarino, Charlie Thurston, Hank Oster, Andrew Ward, Sam Schwartz, Rob Holmes, Ed Bressel, Frank Foster, and many others at Comcast/NBCU.

But this is not an isolated event. Almost simultaneously two other shoes dropped:

In the early days of CDs/DVDs, Hollywood studios had held back from setting license fees for those media, imagining that they could sell those far more dearly than turned out to be the case, although home video definitely provided a landslide of incremental revenues. In much the same way, since Next Century Media demonstrated in 1997 that set-top box data could, with proper algorithms, be used to provide research grade audience data under the strictest of privacy protection, the MVPDs have held back from selling the set-top box data, envisioning that it is a key asset for use in negotiating vast increases in advertising and data revenues. This had the unfortunate side effect of leaving TV somewhat unprotected from the charms of digital, and this catching up in May 2015 is a historic market adjustment under pressure from digital handwriting on TV’s wall.

The distance between Tracey’s Valhalla and where we have now gotten to in May of 2015 may not be so far apart. At TiVo Research a method has been invented by which any number of parties may keep their own data behind their own firewalls, and yet those disparate data piles can be perfectly aligned in aggregate to provide larger scale reports. Under certain conditions of business deal, everyone can get what they want.