Spike's New Thriller is Not to Be "Mist" 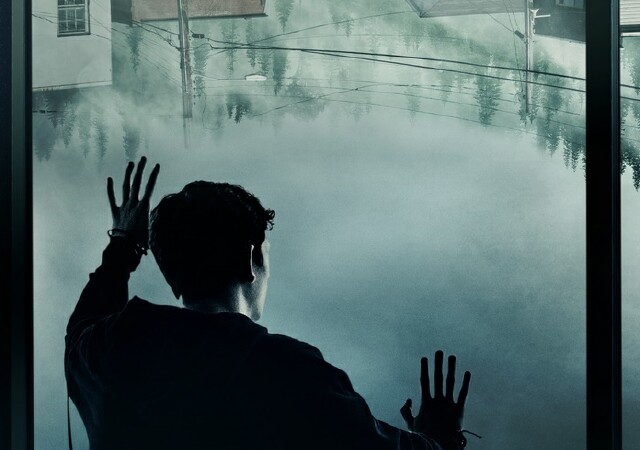 Stephen King’s horror novella The Mist was part of his 1980’s horror anthology Dark Forces.  It first found new life as a 2007 feature film of the same name directed by Frank Darabont, who at one time was an executive producer of AMC’s The Walking Dead.  A decade later, this fearsome suspension of minute drops of water is adrift yet again in a new scripted series on Spike.

As someone who feels stuck somewhere between being a Gen-Xer and a Millennial, I’m not as familiar with the source material as some of the Baby Boomers shaking their heads right now might be.  That said, I do know the name Stephen King and I am fully aware of his exceptional storytelling and how it combines mind-numbing suspense and bone-chilling horror with genuinely well-rounded and realistic characters.  (Also, he was damn good as that creepy "cleaner" in that one episode of Sons of Anarchy.)

Enter Spike’s version of the story (written by series creator Christian Torpe along with Stephen King and Amanda Segel), which takes place in the fictional town of Bridgeville, Maine.  Bridgeville is the kind of small town a native New Yorker like myself cringes at the idea of.  This close-knit little waterfront town surrounded by mountains seems like one big beautiful suburb, at least until one looks close enough to see the dirt under its nails. It’s a place where classic “American” ideas like being a man, being good at high school sports and having “earned” intercourse by doing so are all synonymous. You know, the kind of place where small-minded parents actually believe that sex education leads to teen sex as opposed to its prevention, and where the police are probably the high school jocks of old, because everyone who lives there worships the local high school football team.

Obviously, I’m not a huge fan of Bridgeville’s locals.  Fortunately, the more forward-thinking townsfolk seem to be the main protagonists of the series; they include school teacher Eve Copeland (Alyssa Sutherland), her husband Kevin (Morgan Spector) and their teenage daughter Alex (Gus Birney).  Alex’s friend Adrian (Russell Posner) is another one of these forward-thinkers and seems to be whatever the white version of “woke” is when it comes to this small town’s group mentality and behavior.

The pilot episode opens with a memory-loss stricken soldier named Bryan Hunt (Okezie Morro) waking up in the woods outside of Bridgeville, accompanied by his canine companion Rufus.  As Hunt tries to piece things together, poor Rufus runs off into a thick and blinding wall of mist that’s been slowly making its way down the mountainside. Needless to say (this being a Stephen King story and all), the dog doesn’t make it out of the mist.  The sudden and startling demise of his four-legged friend sends Hunt running away from the mist and its apparently deadly contents -- whatever they may be -- and towards the unsuspecting town of Bridgeville, where the mist seems to be heading.

Without giving too much away, a good portion of the first episode focuses on painting the town as just small and close-minded enough to be helplessly unjust in a way that made me truly loathe some of the supporting characters in almost record time.  Then, like a barely translucent wall of hope, in rolls the mist.  Now, it’s not much of a spoiler to say that this fog is nota good thing -- mainly because nothing, human or otherwise, that goes in for too long stands a chance of coming back out -- but one thing is very certain: The mist is a much-needed equalizer.  All these horrible people introduced to us are now in the same boat as the town’s handful of open-minded individuals, surrounded by the deadly mist that’s engulfed their beautiful little town.  And although it's human nature to want to see the characters we identify with survive, any of the main characters’ hypothetical deaths would absolutely be worth it if it also meant seeing one of these shitty townies get their comeuppance.

Stephen King likes to combine science-fiction, horror and elements of the supernatural in his work, but it’s his use of these horror scenarios as conversations about human nature that truly stands out.  Without the mist itself, this show could’ve easily ended up being a drama that tackled small town social issues that echo the major ones our nation is currently facing. The introduction of this outside element puts all of those issues on one side of a scale, the other side of which contains just one: imminent danger.

The Mist is a must-watch, though sometimes maybe for the wrong reasons.  It coaxed some fairly strong opinions out of me in a short amount of time, and the ambiguously deadly nature of its titular unnatural occurrence made me excitedly anticipate the future of this fictional town in Maine (a state that’s filled to the brim with supernatural peril according to King’s works).  Horror fan or no, Millennial or Gen-Xer, one thing The Mistis good at is piquing curiousity.  Consider mine piqued, because if nothing else I’ll be tuning in just to see who gets it next.

The Mist is telecast Thursday night at 9 p.m. on Spike.