A Fond Farewell to Larry King 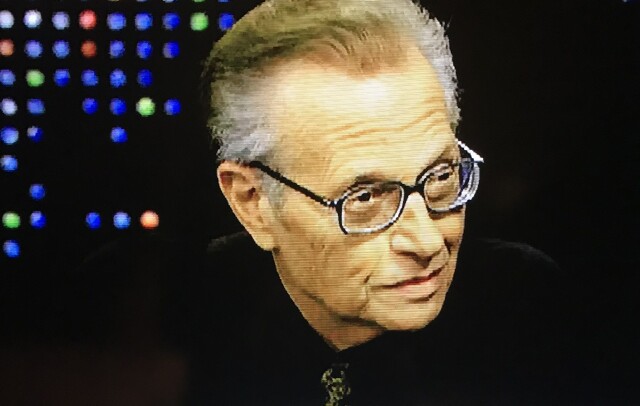 The passing of legendary television interviewer Larry King has me contemplating the passing of the television interview, too. King first achieved stardom in radio, where lengthy and enlightening interviews once were the norm, and at the invitation of Ted Turner brought his skill set in the early Eighties to CNN, then in its infancy. As CNN grew in stature, so too did King and his iconic program, Larry King Live.

Most people reading this undoubtedly remember King from his television career (or have heard their parents talk about him). He was one of those extraordinary media personalities who knew how to conduct interviews with just about anyone from any walk of life -- politics, sports, entertainment, science, business, fashion, etc. His guests were newsmakers of the past, present and, it sometimes seemed, future.

It sounds almost unfathomable today, but King could talk to a single guest for an entire hour (with commercial interruptions) and hold his audience throughout. By comparison, talk and interview shows today -- in daytime, primetime or late night -- generally allow a measly seven minutes per guest, maybe a few more if a guest is a great "get."

King is being remembered with such admiration, I believe, because he conducted his interviews without forcing his own opinions (or those of his corporate employers) 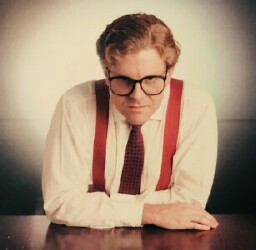 into the conversation. He was able to do that primarily because he was a natural-born conversationalist (with decades of experience in radio) and could comfortably "shoot the breeze" with anyone -- from presidents to career criminals to Oscar-winning actors to Nobel Prize-winning authors. There was no smirking, no grandstanding, no snark and no venom. He was all about providing people with information and letting them form their own conclusions. There don't appear to be many of his kind operating in the media today; certainly not on television.

In fairness, it needs to be said that King and his guests had the luxury of being themselves on live television before social media gummed everything up and journalists and public figures alike were made to fear being honest and subsequently cancelled.

King certainly had a robust career before and after his 25-year-plus run at CNN (1985-2010), which also included a long-running column titled King's Things in USA Today. (I once paid tribute to that column, and to the man himself, in the pages of the late, lamented magazine Inside Media, as seen in the photo above.) But it is his time on television, Monday-Friday nights (and occasionally on weekends) hosting Larry King Live, that I'm thinking about today. That program, perhaps the first truly successful interactive television show (viewers from all over the country would eagerly call in and ask questions throughout each hour), guaranteed that there was always something of interest to watch during primetime on television. That wasn't true before and it hasn't been true since the show ended 10-plus years ago.

Consider: If you want to enjoy a stimulating live discussion on television at 9 p.m. ET, what are your choices today? Sean Hannity? Rachel Maddow? Chris Cuomo? Take your pick. I'll pass. Those shows are all about advancing specific agendas and creating sound bites. In contrast, and by all accounts, King was agenda-free. I recall him once explaining that he did not spend a lot of time preparing for his live interviews, regardless of who his subjects were. He thought it better to learn on the go, along with the audience. That meant he sometimes asked an ill-informed question, but that was part of his program's authenticity. It wasn't artificially polished or pre-packaged. It felt real.

King's coverage of the O.J. Simpson story -- including the investigation into the murders of Nicole Brown Simpson and Ronald Goldman, the iconic Bronco chase along the highways of Los Angeles and the prolonged trial -- was itself a long-running (and highly rated) series. (At the last, Simpson himself called in one night to talk about it live on TV.) Using interviews to investigate missing person cases and unsolved murders were among his specialties. He drilled into every big news story, night after night, week after week, and managed to make every single hour feel fresh and informative. But he could also instantly shift gears and chat with the cast of a sitcom, a legendary movie star or a hot pop idol.

No wonder we're all so ignorant today. TV needs to crown a new king (or queen) as soon as possible. We have, in fact, needed this since the O.G. king left CNN. (I can only imagine the interviews he would have done in recent years with Donald Trump, who was both a guest and a guest host on his show.) Sadly, I don't think there is a broadcast network or cable news outlet capable of executing a live, nightly, objectiveinterview show today.

So how about Netflix? Those folks can do anything.