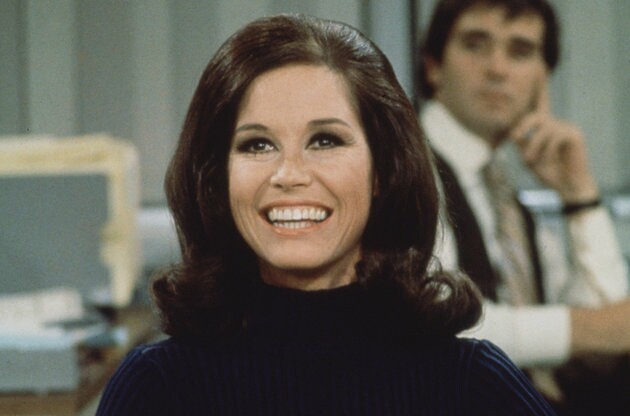 We’ve lost Mary Tyler Moore. Fortunately, and thanks to her, we will always have Mary Richards. Fact is, I might not be writing this column – or any columns about television – for MediaVillage.com or anyplace else were it not for the singularly sensational The Mary Tyler Moore Show and the magnificent leading lady of the title. It was the weekly experience of watching this show during my youth that made me realize I wanted to work in and/or near television.

“One out of two ain’t bad,” as Mary’s friend Rhoda might have said. 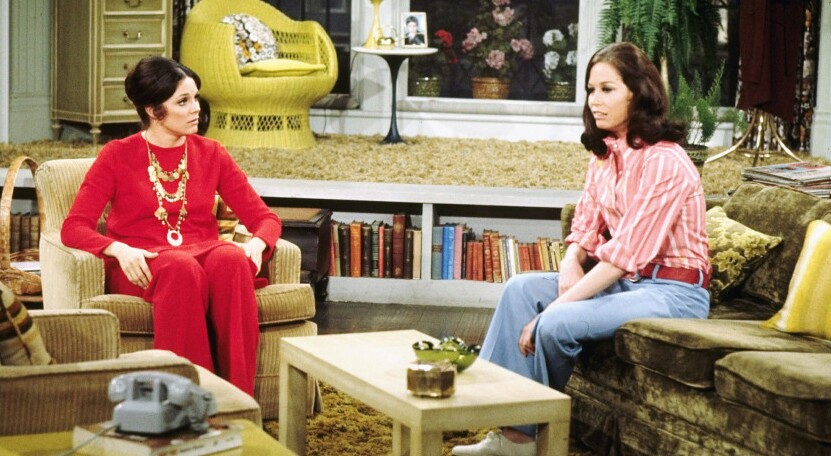 The passing of a beloved celebrity always brings forth wave after wave of heartfelt tributes, often tinged with nostalgia and thoughtful recollection. This one is no different. I realize that Mary Tyler Moore and Mary Richards are not the same individual. But for the many millions of us who spent so many Saturday nights with them (back when Saturday was the best night of broadcast television), and countless hours in the decades since enjoying repeat viewings in syndication, on Hulu, on cable, on YouTube and on DVD, the two Marys always will be merged as one. (Say, does anyone remember that time in the Eighties when NBC’s New York station ran three consecutive episodes of MTM early on Monday-Thursday mornings following Late Night with David Letterman? Or how tired everyone seemed to be back then?)

The timing of Mary’s passing only adds to the sense of loss. It was only two months ago that Grant Tinker, her second husband, left us. (Tinker was even more directly responsible for my eventual career path.) And it was only last month that CBS treated viewers to a primetime telecast of two episodes of The Dick Van Dyke Show, the sitcom that first made Moore famous, colorized for contemporary consumption and as funny as ever.

A couple of weeks ago I was immersed in the Winter 2017 Television Critics Association tour.  The TCA meets twice yearly for multi-week marathons of press conferences and previews of upcoming programs on all networks and streamers. The tours can be productive, punishing or both. Regardless, it is not uncommon for those of us who fall into the Boomer or Gen X demographics to keep our sanity while being bombarded by all the potential next big things to gather together from time to time and talk about our favorite episodes of MTM. Although “Chuckles Bites the Dust” (from season six) is usually prominent in features listing the top TV episodes of all time, it rarely comes up in our conversations. “The Lars Affair”is always my No. 1, followed by“The Dinner Party” (both from season four) – the first two episodes to feature Betty White as Happy Homemaker Sue Ann Nivens. 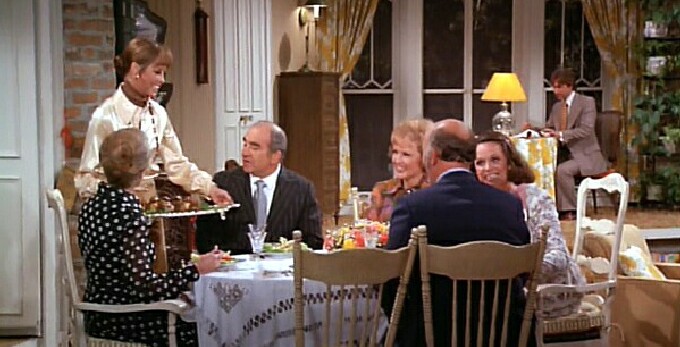 The other episodes that come up most often are “Put on a Happy Face” (the one with Mary’s hair bump, from season three) and “My Brother’s Keeper” (also from season three) in which busybody neighbor Phyllis (the priceless Cloris Leachman) freaks out when she thinks her beloved brother Ben is dating her nemesis Rhoda (Valerie Harper, also golden). When Rhoda matter-of-factly tells Phyllis that Ben is not her type – because he is gay – Phyllis responds, “Oh, I’m so relieved!”  Among the many accolades this show has over the decades received for breaking new ground this one is often lost. MTM was the first series on American television to present a gay character as a perfectly ordinary person who was neither stereotypical nor political, and whose sexuality mattered not one whit to anyone around him. This was in 1973. Imagine.

I may be wrong about this, but I believe MTM was also the first show to feature a recurring character who was never seen or heard – Phyllis’ husband Lars, a Swedish dermatologist with many memorable quirks (like refusing to eat unless he knew he could floss when he finished) who often drove Phyllis to distraction (like the time he cut up her credit cards and put her on a budget, or the time he had an affair with Sue Ann in the aforementioned “The Lars Affair”). There were comical lines about Lars even in the final two seasons of the show, when Phyllis had been spun off into her own series, the character having relocated to San Francisco after her husband's untimely passing.

Am I rambling? Maybe so. But that’s the way it always goes when discussing this show. Its seven-season run, which started amid the latter years of the Vietnam War, continued through the Watergate scandal and the resignation of Richard Nixon and ended shortly before the first Star Wars movie was released, telecast its final episode (with that legendary group hug, another TV first) 40 years ago this March. From its big guest stars – including Walter Cronkite, First Lady Betty Ford and Johnny Carson – to its treasured little details – Mary’s M, Rhoda’s etc., Mary’s pumpkin cookie jar, that round stained glass window in the hallway outside Mary's door – there had never been a show quite like it, and there hasn’t been one since.

Has there ever been a sitcom that showed the changing of the seasons throughout each of its seasons, as seen through the glass doors leading to the porches in both of Mary’s apartments? (If I have one complaint about MTM it is the decision to move Mary from her apartment at 119 North Weatherly after Rhoda and Phyllis had both left town to that soulless one bedroom in that horrible high-rise.)

Has there ever been a more expertly edited opening title sequence of a comedy series than those for the first four seasons of this show? (The fourth one remained largely unchanged throughout seasons, five, six and seven.) Pay close attention to the images of Mary in Minneapolis and at WJM-TV in those montages; they are cut in a way that is almost kinetic, right in step with perpetual conflicting motion and movement, all to the unforgettable notes of the show’s iconic theme song -- the best TV theme song ever, by the way.

Has there ever been a situation comedy that produced sitcom spin-offs (Rhoda, Phyllis) and a drama spin-off (the all-serious-business, multiple Emmy Award-winning Lou Grant)?

Has there ever been a sitcom that mixed so many vivid primary characters – Mary, Rhoda, Lou (Ed Asner), Ted (Ted Knight), Murray (Gavin MacLeod), Phyllis, Georgette (Georgia Engel), Sue Ann – with so many unforgettable recurring ones, like Phyllis’ daughter Bess, Lou’s wife Edie, Murray’s wife Marie, Rhoda’s parents Ida and Martin, Mary’s Aunt Flo, Gordy the weatherman, Chuckles the Clown and that nameless young blond guy who was always seen toiling away in the background at WJM? Who was he, anyway, and did he ever have a line of dialogue?

This column may read more like a tribute to MTMthan to Mary, but there would have been no show without the woman herself, a television industry trailblazer in every way and, following in the footsteps of Lucille Ball, a brilliant businesswoman who co-owned her own TV production company. In every way, Lucy and Mary set the stage for everything that would come as TV progressed from its infancy to adulthood, especially where women were concerned.

I had the good fortune to meet Mary Tyler Moore several times, and each of our brief conversations was a thrill. That's another reason why her passing is so personal to me. Here’s another: I took my mother in 1995 to a tribute to Mary at the Waldorf-Astoria in New York. Midway through the evening my mother visited the powder room, where she found herself standing next to the honoree in a long line. My mother recalls that many women offered to let Mary cut the line, suggesting that she shouldn’t be made to wait in the middle of her big night. Mary wouldn’t hear of it, insisting that she wait her turn and happily chatting with the women next to her (including my mother) while doing so.

I’ve written too much, and yet not nearly enough, about the show and the woman that started it all for me and millions of others, too.  I’ll stop now.  But my last word on the subject is a deliberate choice.