A Fond Farewell to The Independent 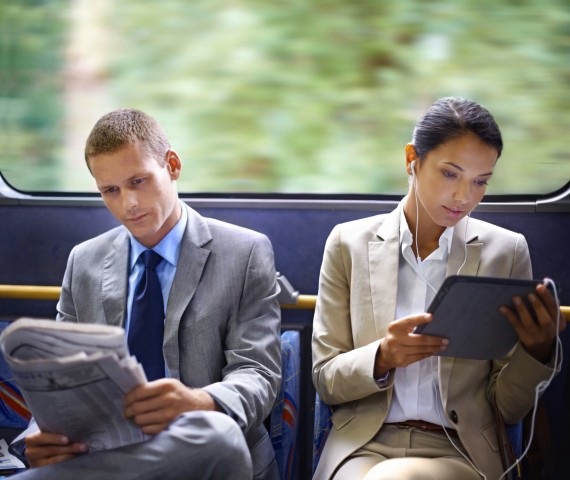 The Independent and its sister The Independent on Sunday have announced that they will cease to exist in paper form from later this month. Both will become digital-only titles. The stable’s little sibling The i will be sold to Johnson Press where one imagines it will continue in print form. Meantime, Trinity Mirror has launched a new title, The New Day, which will at least initially be a print-only title.

I bought the first copy of the daily paper and continued to buy it until 7 or 8 years ago. I haven’t especially missed it even though I admire much of the paper’s journalism. (I still buy a printed newspaper every day, just not that one.)

So what went wrong? Because whatever the brave front of the press releases, the fact is you cannot hide those sales declines.

The digiterati as always have the answer. A sign of the times; a precursor of what’s to come; an inevitability; no future for print; The Indie will fly online; we were right all along, and so on.

I’m not so sure. Will The Indie fly online? And what of Trinity Mirror’s commitment to print? The Independent is certainly free of the cost of having to print copies, and no doubt of many members of staff who will lose their jobs. But just being there online isn’t enough. There are many great online news sites, from The Guardian and The Times here to The New York Times and The Washington Post in the USA and a host more in-between. Even if The Indie is equally good, why should anyone read it? Or indeed advertise in it?

The thing about the papers I’ve mentioned above and many others is that they’re great brands that have by definition been built offline. They’re consistent. They have excellent journalists. They have moved to extend their presence via the wonders of online in amongst impressive digital-only competitors while maintaining their core brand values.

The Independent may have some excellent journalists, but is it a great brand? Does it have the foundations on which to build a commanding online presence? Has it built up a degree of consistency? I’m not sure that it has; certainly the many owners, editors and redesigns over its comparatively short life haven’t helped.

The Independent has certainly run some memorable marketing campaigns. The launch line “It is. Are you?” underpinned one such, but hasn’t been seen for many a year which with hindsight looks like a lost opportunity

The core thought of editorial independence from any owner (I guess the current owners, the Lebedevs don’t see themselves in that light) could have been extended. Admittedly there was the odd brilliant execution: “Rupert Murdoch Won’t Decide This Election – You Will” (an idea that prompted the hilarious threatening visit to the paper’s newsroom in April 2010 by James Murdoch and Rebekah Brooks) but such flashes of inspiration were all too rare.

Maybe, as Ray Snoddy pointed out, if the owners hadn’t spent so much time and money chasing the illusion that is local TV with London Live they might have had the cash to allow them a good shot at building a famous brand to support a strong product.

To far too many people The Independent recently was neither one thing nor the other. It was and indeed is “fine.” We’ll see whether “fine” is good enough, or if the paper can indeed build a role for itself online. It will be harder without the foundations, that’s for sure.

Meantime what to make of Trinity Mirror’s print only The New Day? Early days by definition, but a brave idea that seems to straddle news and chatty magazine formats. Trinity Mirror is doing the smart thing by aiming to build the brand offline before no doubt taking it online in due course.

What is encouraging is that there is one newspaper publisher prepared to try something new. I expect there will be many in News UK, Associated and the rest who will be watching The New Day with great interest and I suspect quietly wishing it well.