A Fond Farewell to Valerie Harper 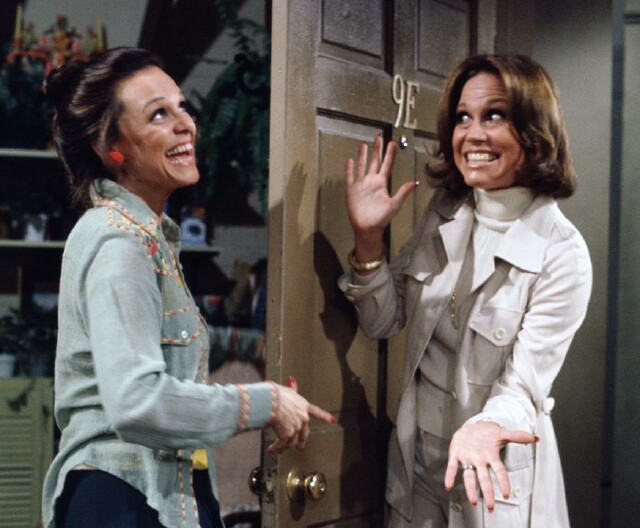 The sad news about Valerie Harper’s passing on Friday has me thinking about the incredible power to create emotional connections that broadcast television used to have.  Maybe that's why the losses of legends like Harper feel so personal.  Coming so soon after the deaths of Mary Tyler Moore and Georgia Engel, it is an especially sad time for fans of The Mary Tyler Moore Show, widely regarded as one of the finest television series in history.  The outpouring of love, gratitude and fond memories on social media this weekend was massive – even though Harper's multiple Emmy Award-winning portrayal of Rhoda Morgenstern, the iconic role she played on Mary and its first spin-off, Rhoda, ended a considerable 40 years ago.

Harper had been consistently busy and visible on television, in movies and on stage since that time, but she had never again enjoyed such phenomenal success.  That didn’t matter, though.  Her announcement in 2013 that she had been diagnosed with a rare form of brain cancer and had been told she had only a few months to live brought back a flood of memories for so many of us who enjoyed both shows during their first runs.  Happily, Harper beat those odds.  But now, six years later, it really does feel as if we have lost a cherished friend. 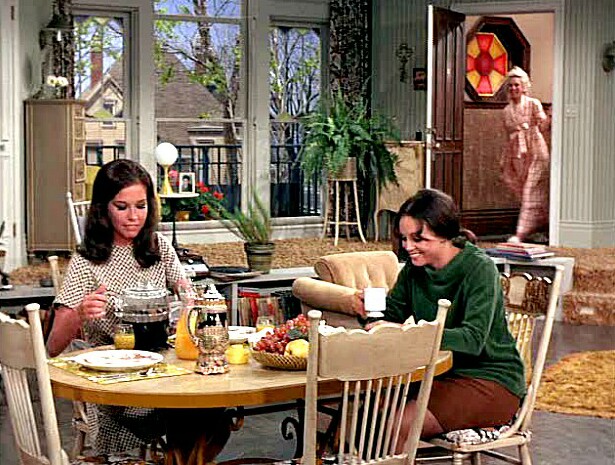 Ask anyone who is old enough to clearly remember television in the Seventies – the last full decade of unchallenged three-network dominance – and he or she will tell you about the many wonderful broadcast shows of that time.  Their titles remain well-known today, some of them still very much in play.  For example, on September 9 HGTV will debut the limited series A Very Brady Renovation, featuring the six actors who played the kids on The Brady Bunch working with HGTV personalities to turn the interior of the home in Sherman Oaks, CA, that was used as the exterior of the iconic Brady house into a replica of their beloved TV dwelling.  And recently, ABC hit the jackpot with live presentations of classic episodes of All in the Family and The Jeffersons.

The Mary Tyler Moore Show, which in 1970 introduced Harper to the television audience, is certainly one of the programs at the top of that list.  Mary was a game-changer because of its sophisticated depiction of independent women in primetime television entertainment, and it was one of the first great character-driven comedies that did not rely on physical comedy or forced punch lines to generate laughs.  The enduring popularity of this show has a lot to do with the fact that it was first-rate television.  But another big reason why Mary and so many other fine series from the now-distant past remain so loved so many decades later is that the characters in these shows, and the actors who portrayed them, were hugely significant in their day. 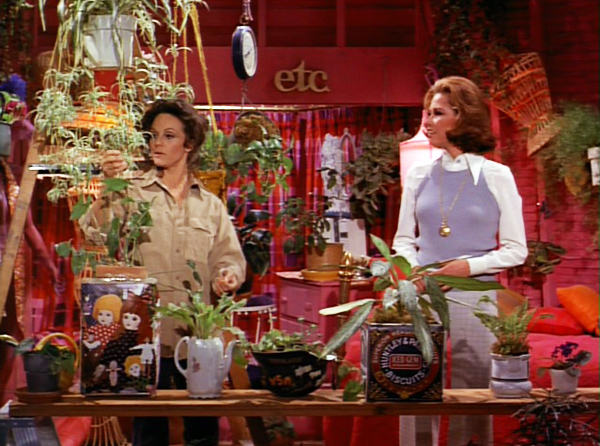 Rhoda Morgenstern is an excellent example of a character who really mattered then and still matters now.  For the first four seasons of The Mary Tyler Moore Show, when Harper was in the cast, the relationship between Mary and Rhoda became one of the most powerful friendships in the history of television.  Indeed, it was so strong that it remained unbroken when Harper left the show in 1974 and brought Rhoda to New York City for her spin-off.  Mary, on her show, and Rhoda, on hers, would refer to each other for years to come.

And speaking of Rhoda, which actually enjoyed higher ratings than The Mary Tyler Moore Show, many people have forgotten that the one-hour episode in which Rhoda married tough-guy Joe Girard was at the time of its October 28, 1974 telecast the second highest-rated episode of a scripted television series in the history of the medium.  Fifty-two million people tuned in to see the single friend with whom they had spent so many Saturday nights marry the love of her life.  Unfortunately, someone at MTM Productions and/or CBS eventually decided that Rhoda wasn’t as funny a character as a married woman.  Rhoda and Joe were married in the eighth episode of season one.  At the start of season three, Joe was suddenly, inexplicably unfulfilled by the relationship.  The breakup was as rushed as the courtship and wedding had been.  Over the next two seasons those viewers who stuck around watched the detailed depiction of the slow unraveling of what had been a wonderful marriage and the painful realities of separation and divorce, and that wasn’t very funny either.  (The failing of Lou Grant’s marriage and his subsequent divorce from Edie had been handled with way more skill and sensitivity over on Mary.) 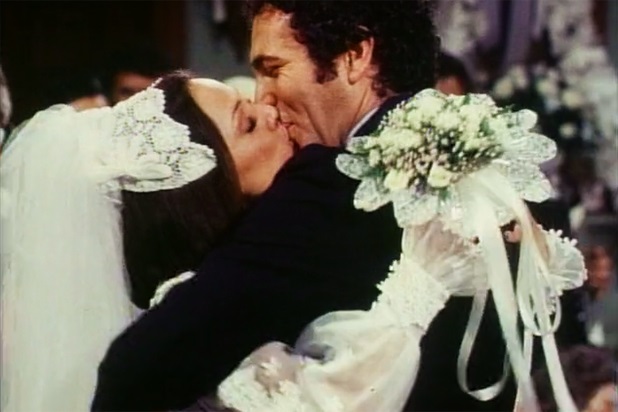 The fact that it was our Rhoda who was dealing with all that pain made it doubly difficult to watch.  That was because we cared about her – and all the characters we had come to know on The Mary Tyler Moore Show – so very much.  For many of us, young and old alike, that weekly visit to 119 North Weatherly Ave., the address of the multi-family house that was home to Mary Richards, Rhoda Morgenstern and Phyllis, Lars and Bess Lindstrom, as well as the WJM-TV newsroom, where Mary worked alongside Lou Grant, Murray Slaughter, Ted Baxter and, eventually, Sue Ann Nivens, was an incomparable source of pure joy.  The opportunity to spend time with these people made staying home on Saturday night something special.

And so it is that we say a final goodbye to Mary and Rhoda, one-of-a-kind friends from another era, the likes of whom we hadn't seen before, haven’t seen since and may never see again.  We’re better off for having known them both.