A House Divided Against Itself Cannot Stand 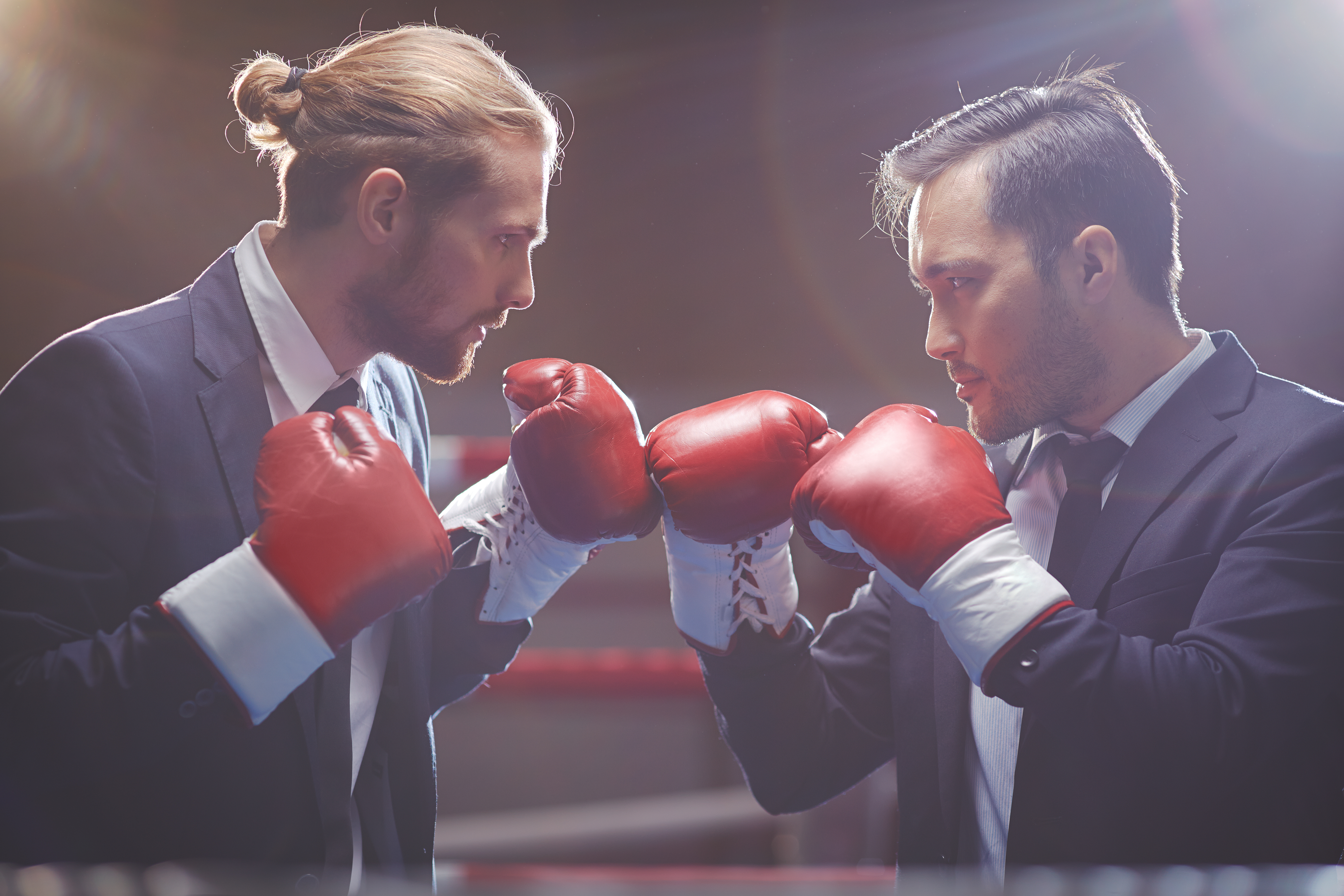 Two months ago Simmons Research (for whom I am Strategic Advisor) conducted a survey of 3139 nationally representative adults, finding that the country is currently divided against itself in terms of pro-Trump vs. anti-Trump, which no one needed a survey to discern. The purpose of the survey was to develop a system of Holistic Psychographics™ -- and "Trumpness" was one of over 1500 psychographic variables measured.

The study also uncovered one issue on which the Very Pessimistic and Very Optimistic are united. Both groups are polarized on practically every other variable measured. Since this was a random subsample recontact of the annual national Simmons National Consumer Survey (or "NCS," ~25,000 adults intab probability sample) the ~1527 new variables measured in the recontact can be analyzed against the ~60,000 attributes measured in the NCS. We have only begun to tap this enormous database, probably the largest psychographic study in history.

Both the Very Pessimistic and Very Optimistic groups align in that they watch television shows which activate them in some way, have an effect on their own behavior. This means shows that somehow inspire them to move the dials on their attitudes and perceptions, change their behavior to mirror characters they aspire to be more like, or in some other way, take aboard activating information.

Both groups, you might say, are activists. They also want to be influenced, inspired and moved. Therefore they are also willing influence-ables; they want input that changes them.

These insights were derived using RMT's DriverTags™. (I am Chairman of RMT.)  DriverTags™ are 265 words/phrases distilled from every word in the English language by empirical methods to net down to those words which predict viewing according to set top box data.  Below is a snapshot of what DriverTags™ tell us about the Very Pessimistic vs. the Very Optimistic. This is based on the Simmons recall measures of TV program viewing (which correlate approximately .90 with Nielsen). A person who watches a show gets a score for the DriverTags™ that show has been given by RMT researchers. Those scores are accumulated to give every person in the Simmons ~25,000 sample a score on each of the 265 vectors. More information on DriverTags™ is available at this ARF white paper. 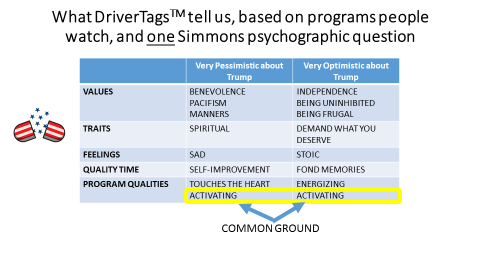 We present these data from the following point of view. The average American probably believes in all of the values shown to characterize the two polarized groups. We all probably support benevolence as well as independence, and so on. We each just give slightly different emphasis to each of these ideals. Visualize as a possibility, then, that the great divide that seems to have split us might actually be relatively smaller than realized differences in degree, exacerbated by the heat of the election campaigns, dirty politics and media exploiting ratings potential. (Trump is arguably the most interesting person in the world right now because of his uniquely uninhibited behavior.)

This raises the possibility that with some clear reasoning there could be a national reunification. It can't happen if we won't tolerate giving space for it, due to unappeasable rejection of Trump or other frozen attitudes.

In that case, the deunified U.S.A. is in bigger trouble than if we can leave space to talk this out like gentlefolk.

Note: On March 21 Pat Pellegrini, President and CRO of Simmons Research and I will be presenting other fascinating (non-political i.e. brand and media) findings from this huge psychographic study at the ARF Re:THINK 2017 Conference in New York from the main stage at 9:45AM. Hope to see you there.