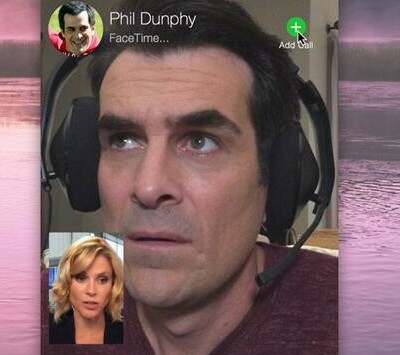 Millions of people yesterday were caught up in The Dress Debate, one of those social media events that briefly become something inexplicably huge and then quickly go away. The merry madness began when a 21-year-old Irish singer named Caitlin McNeill took to Tumblr and posted a photo of a dress which looks to be either white and gold or blue and black depending on a host of factors. Twenty-one million views on Buzzfeed and 800,000 tweets on Twitter followed.

I realize it was completely harmless, but like much of what consumes millions of people on social media #TheDress thing left me with a number of questions. Where do people find the time to follow such silly stuff, let alone participate in it? Don’t they have anything else to think about? Are they so tied (or addicted) to social media and digital technology that they can’t not give their time over to it?

Which brings me to this week’s breathtakingly original episode of ABC’s “Modern Family,” a television milestone shot in its entirety on iPhones, iPads and such that explored the impact of digital communication and social media on American life. It was the best half-hour of comedy I have seen all season, and in my opinion the best episode of this series in many years. It was certainly the funniest. I’ll admit I began to tire of “Family” last season, when it started to feel hopelessly repetitious, but after this episode I’m suddenly interested in it all over again. It was actually exciting to watch and great fun to think about after the fact. Situation comedy doesn’t get better than that.

You probably saw it, or at least read about it, but just in case: The entire episode takes place on the MacBook Pro screen of Claire Dunphy, the always frazzled modern working mom played by Julie Bowen, who has been honored with two Emmy Awards for this role and probably deserves another one for this particular performance. Claire is at O’Hare airport in Chicago, waiting for a flight home from a business trip, when she checks in via messaging with her husband Phil (Ty Burrell) after trying without success to contact daughter Haley.

From that moment on – and presented only through interactions between many characters via various mobile devices, social media platforms, apps and Web sites, all seen on Claire’s screen – an increasingly exasperated Claire and Phil become caught up in a series of misunderstandings about their oldest daughter. Before long the entire Dunphy/Pritchett family has been drawn into an expanding vortex of digital drama, with a frantic Claire and a flummoxed Phil becoming convinced that Haley is pregnant and has run off to Las Vegas to marry the baby daddy. Multiple minor subplots – all of them equally funny and character-driven – played out as the story unfolded. There was even an appearance by Haley’s dim ex-boyfriend Dylan (Reid Ewing), one of the funniest characters ever to appear on the show. 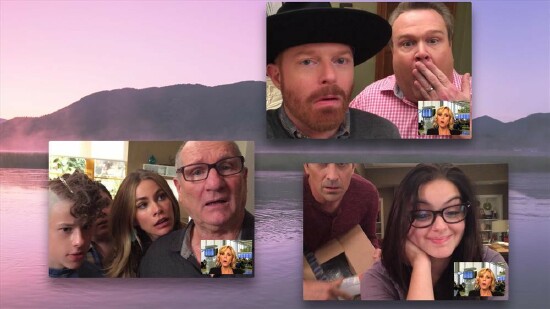 Spoiler alert: Haley is actually at home and sleeping in her own bed while all of this transpires. She isn’t pregnant or married ... which her father might have known if he had been focused on the physical world around him rather than being transfixed by all things digital.

Through it all I couldn’t help but think about the awful ordeal Claire put herself through at O’Hare. Imagine if she had opted to simply relax and read a book while waiting for her plane. But, like millions of people in today’s world, Claire and members of her family can’t seem to help themselves – they excel at utilizing digital technology but have no idea how to manage it, often enduring a level of stress unimaginable just a few years ago.

Everything about this episode was a work of pure comic genius. Without sacrificing any laughs – indeed, perhaps generating more laughter than usual – it reflected the reality of the moment with a little exaggeration and a lot of insight in a way few situation comedies since “All in the Family” have figured out how to do. Not to overplay a good thing, but I think the writers and producers of “Modern Family” should consider doing one of these all-digital episodes every season, if only to document how swiftly social media and digital technology change every year and the impact those changes have on our lives. And when this series finally comes to an end, all of those episodes can be archived at the Smithsonian as invaluable cultural artifacts. The technology showcased in them will be ancient history before we know it.