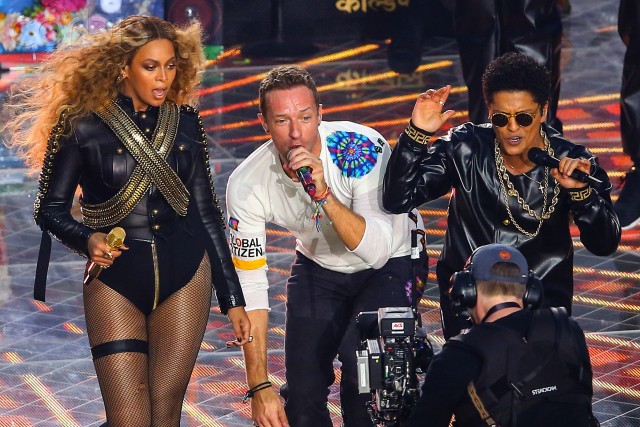 This is a special Super Bowl edition of Gender News Weekly, a blog series focused on gender equality, gender politics and the shift in gender norms in business and relationships and inspired by Jack Myers’ upcoming book, “The Future of Men: Masculinity in the Twenty-First Century.”

If Super Bowl XLIX was “The Super Bowl That Cared” (as named by Jack Myers), then this year wasn’t quite up to snuff. It lacked the strong, meaningful and positive messaging demonstrated from a wide range of brands in last year’s commercials, including Dove Men+Care’s Real Strength, Toyota’s Being a Dad Is More Than Being a Father and Always’ award-winner Like A Girl.  While this positive messaging about fatherhood and changing gender dynamics was perhaps accelerated by the Ray Rice case -- including the launch of the NFL’s No More campaign against domestic violence and sexual assault -- these ads seemed to point to a purposeful transformation in Super Bowl commercials that did not quite carry over year for year.

Instead, brands returned to humor (or, at least, attempted it) and an over-reliance on celebrities (some worked, some didn’t). Not to say that there weren’t a few standouts among the headaches of Mountain Dew’s much-talked-about Puppymonkeybaby and the NFL’s Super Bowl Babies. (I wasn’t quite sure whether to laugh at or be appalled by those two.)  While few and far between, the ads below reflect the positive and productive messaging that should be present on such a large stage:

For years, AXE has told the masses that its spray makes men chick magnets and had women appear as brainless objects in its creepy and misogynistic commercials. Yet, in a surprising rebrand, its Super Bowl spot (below) was both daring and inspiring, offering a welcome take on a more nuanced and modern masculinity -- one that embraces individuality and diversity. The voiceover asks, “Who needs a six pack … when you’ve got the nose, the suit, the brains, the books?” It even features a man in heels -- a meaningful and delightful LGBT shout out. My favorite was a bearded, burly man with kittens. Whatever character the viewer identified with, the messages were clear: Masculinity and manhood are changing, and AXE has finally risen above stereotype.

Is anyone else in love with this commercial? It actually does what the title suggests, walking through the stereotypes that could be associated with the MINI Cooper -- “chick car,” “gay car,” “young professional’s car” -- and breaking them down. What makes it resonate the most, however, are its front-and-center celebrities, who have also defied labels throughout their careers: Tennis champion Serena Williams and openly gay soccer player Abby Wambach. This makes their delivery of “this is a ‘chick’ car” and “this is a ‘gay’ car” all the more powerful and presents a tribute to everyone who doesn’t quite fit in.

While I wouldn’t necessarily categorize this spot as meaningful messaging, Ryanville -- featuring two women driving through a town in which everyone is Ryan Reynolds -- turns the male gaze on its head. Instead of men gawking at and objectifying women, the numerous Ryans are the sex objects, so much so that the car’s new auto-brake feature has to step in for the very distracted driver and passenger. Whether you like this ad or not, it was one of the few that directly targeted women. We can finally say buying cars is no longer just for dudes!

While not as powerful as last year’s campaign, which launched following the Ray Rice scandal, the NFL has continued its No More initiative, pledging to put an end to domestic violence and sexual assault. Featuring a text exchange between two female friends, the spot asks viewers to not be bystanders when they recognize signs of abuse. Amidst a slew of humorous commercials, the NFL’s PSA certainly stood out.

Jeep had two memorable and impactful spots which, unlike many other ads, featured equal female representation and diversity.  In “Portraits,” Jeep presents a black-and-white montage of famous and ordinary people, evoking the brand’s blue-collar roots. It ends with the powerful line “We don’t make Jeep. You do.” We still have a long way to go when it comes to both female and racial representation, and it’s inspiring to see ad spots that have a healthy mix of diversity.  For instance, women were excluded from a quarter of this year’s spots, and in 64% of the total 55 commercials, women did not have a speaking role, Time’s Motto reported.

A Snickers spot featuring Willem Dafoe dressed as Marilyn Monroe from “The Seven Year Itch” stirred a Twitter outrage as some online users called it out for being transphobic and employed the hashtag #NotBuyingIt. The main problem, many users argued, was the tagline “You’re not you when you’re hungry,” which transforms Dafoe back into the iconic Monroe, skirt blowing up from the grate. “Hey Snickers, have a Snickers,” Upworthy tweeted. “You get a little transphobic when you’re hungry.” 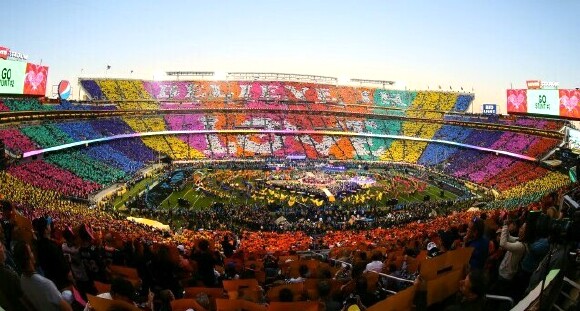 The halftime show was perhaps the most politically-charged performance at a Super Bowl to date and has since sparked both praise and a surge of criticism. Beyonce’s all-female, all-black dance crew, dressed in outfits that honored the Black Panthers, were in obvious salute to the Black Lives Matter movement, cuing outrage from many, including Rudy Guiliani. Other fans applauded an incredible performance (because Beyonce can do no wrong). Coldplay also sent a message to national viewers, celebrating LGBT rights by cloaking the stadium in rainbows and having the fans spell out the message “Believe in Love” -- an uplifting tribute to marriage equality that many would have never expected to see at the most popular sporting event in America.