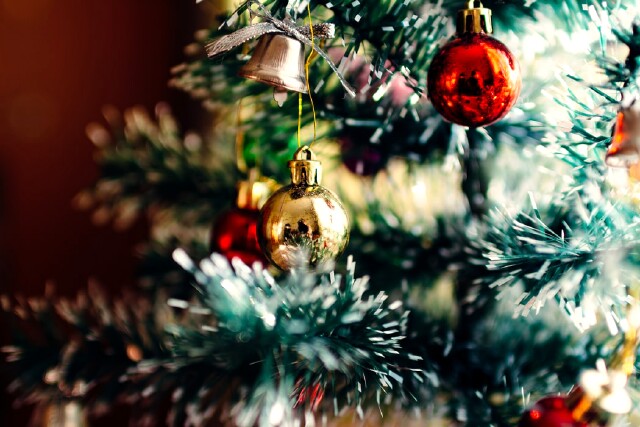 Here’s something we all need after the unrelenting misery of 2020 to date: A look at what’s coming from Hallmark for the Christmas season. Crown Media this week announced that Hallmark Channel, Hallmark Movies & Mysteries and its subsidiary companies are celebrating Christmas 2020 in a big way. When all television production was shut down due to the coronavirus pandemic, it seemed that Hallmark’s annual Countdown to Christmas and Miracles of Christmas programming events could be jeopardized. But with film production in Canada, home-base for a lot of Hallmark projects, recently resuming (amidst stringent COVID-19 restrictions), both networks will be kicking off those events with new content beginning October 23.

“For more than a decade, Hallmark holiday movies have represented the gold standard that many aspire to replicate,” said Crown Media’s president and CEO, Wonya Lucas in a statement. “What we bring to the table and what truly sets us apart is an immersive holiday experience that has become a pop culture phenomenon for millions of fans.”

The Christmas viewing festivities will see the return of several fan-favorites franchises and personalities, including Candace Cameron Bure in If I Only Had Christmas, her ninth Hallmark Channel original Christmas movie, and Lacey Chabert in Time for Us to Come Home for Christmas and Christmas Waltz, the latter reuniting the star with her with Love, Romance & Chocolate co-star Will Kemp. Also doing double-duty is Holly Robinson Peete, who will star in Christmas Doctor and Christmas in Evergreen: Bells are Ringing, the fourth installment of the hit movie series, Christmas in Evergreen.

Alison Sweeney has been looking forward to returning to the Christmas fold for some time and will do so in A Bright and Merry Christmas, while Danica McKellar celebrates the season with her sixth Christmas movie Christmas She Wrote. Tamera Mowry-Housley, another welcome returning face, stars in her second Christmas movie, Christmas Comes Twice. Jonathan Bennett (Mean Girls) racks up his third yuletide feature with another game-changer for Hallmark, The Christmas House, also featuring Robert Buckley (One Tree Hill), Ana Ayora (In the Dark), Treat Williams (Chesapeake Shores) and Sharon Lawrence (NYPD Blue). (Pictured below, left to right: Alison Sweeney, Holly Robinson Peete, Lacey Chabert, Candace Cameron Bure, Tamera Mowry-Housley and Danica McKellar.) 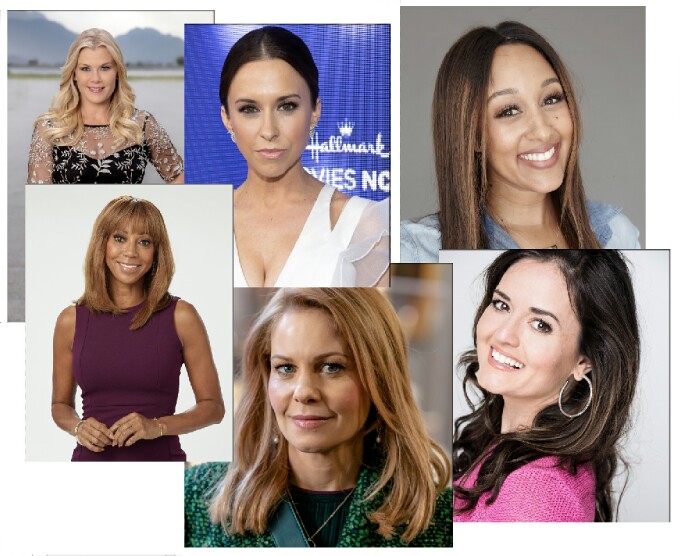 “Our holiday table is bigger and more welcoming than ever,” said Crown Media Family Networks executive vice president of programming Michelle Vicary. “This year’s movies reflect our most diverse representation of talent, narratives and families. The Christmas House [features] a storyline about a gay couple looking to adopt their first child. Our movies are rooted in warmth and positivity, meaningful connections, family gatherings and seasonal traditions -- a winning formula we hope will bring our millions of viewers much-needed levity and holiday cheer at the end of a tough year.”

And that’s just on the programming front. With Hallmark reprising its brand extensions and marketing partnerships, there will be plenty of stocking stuffers for everyone. Look for an all-new Hallmark Channel Holiday Edition Monopoly game; The Republic of Tea “Countdown to Christmas”-themed tea tins, and the release of the recently announced Hallmark Channel Wines, to name just a few.

In a year that can only be described as challenging for everyone, it’s comforting to know Hallmark has our backs in the months ahead. The fact that it’s beginning to look a lot like a Hallmark Christmas, even in 2020, is a welcomed dose of normalcy.

Here’s a rundown of both networks’ new offerings.

Hallmark Channel’s Countdown to Christmas(all premieres are at 8 p.m. ET/PT)

Sunday, November 29: If I Only Had Christmas, starring Candace Cameron Bure and Warren Christie

Hallmark Movies & Mysteries’ Miracles of Christmas (all premieres are at 9 p.m. ET/PT)