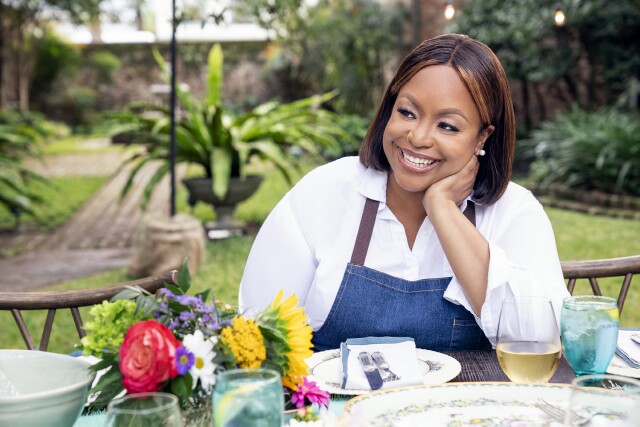 Usually, by this time, just before Thanksgiving, those hosting are already shopping, prepping and cooking. Pie shells are baked, cranberries simmered, and the refrigerator begins to resemble a game of Tetris. Those who set more formal tables have ironed runners and napkins, made centerpieces, and figured out how to sit the conservative uncle as far as possible from the liberal neighbor.

Thanksgiving in the time of COVID, sadly, is not like past holidays. It means most of us baking fewer, if any pies, cutting recipes in half and coming to grips with the realization that unless you live with your relatives, this is not going to be a big family affair, except perhaps on Zoom. It's almost enough to make a microwave burrito look like an option. There are, though, ways to still make this a scrumptious celebration. Kardea Brown of Food Network's delightful Delicious Miss Brown took a break from shooting her Saturday show to reflect on smaller Thanksgivings.

"I just spoke with my grandmother," Brown said from her Edisto Island, South Carolina kitchen. She learned to cook by watching her grandmother ... and the first dish she cooked on her own, at 13, was mac and cheese. (More on that below.)

"We are all very disappointed and decided it just would not be safe to have the elderly members of the family in one space," she said. "We will all stay in separate homes. What I encourage people to do is stay at home with immediate family members and try to make the most of what is going on. That has been the tone this year -- try to make the most of what you have. What COVID has taught us is to try and appreciate what is in front of you. This Thanksgiving, just scale back and minimize the amount of people." 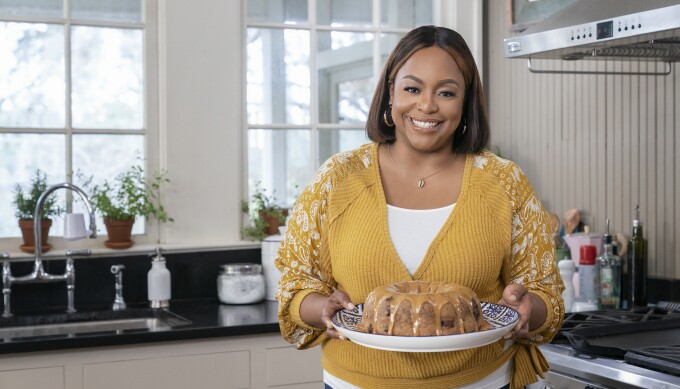 To that end, Brown planned a modified Thanksgiving dinner exclusively with MediaVillage. Since most feasts will be smaller this year, Brown suggested going with just one appetizer -- her five-onion dip. It's easy, though not quite as simple as the powdered onion salt and sour cream dip most rely on.

From there, Brown would serve a salad and then move on to spatchcocked chicken. For those who don't know the term, it's butterflied chicken, the bird with the backbone removed so it can cook flat. This can also be done with a small turkey. Although markets aren't stocked as fully as they were before the pandemic, Brown acknowledged that everyone is likely to be able to find a fryer chicken.

Sure, turkey is always the star of the meal, but Thanksgiving dinner's most valuable supporting players are sides, many of which we have just once a year. While we may roast turkey breast throughout the year, how often do most people make cranberry relish from scratch or spend time on stuffing? Even for those who will make this more of a meal than a feast, some traditional side dishes cannot be left off the table.

For Brown, that means the mac and cheese she learned to cook as a teen. If the kind you usually eat is from a box with a packet of granular neon orange dust, you need to have the real thing.

"It's the butter and the cheeses," Brown explained. "Baking it makes a world of difference. My good old Southern mac and cheese is fail-proof. It is very comforting. Southern food is slow-cooked. Most of the time, it is warm and cheesy and a little salty."

Another side she would add is turnip greens, which Brown jazzes up with pomegranate seeds.

If you are going with the traditional Thanksgiving spread and you want to add stuffing, Brown answered the question that has nagged at some of us. What makes some stuffing Southern? Stuffing can be made from pretty much any bread; Southern stuffing, however, is based in yellow cornbread.

Of Gullah/Geechee descent, Brown traces her ancestors to West Africa. Those influences are found in her cooking and in the culture that thrives in the islands off South Carolina and Georgia.

Brown has a straightforward way about her, which makes her recipes easy to follow. She's not abrupt; rather, there's a clarity to her instructions that is sometimes lost with professional chefs. Brown posits that could be because she never went to culinary school.

An ex-boyfriend taped her cooking when she was a social worker and sent the video as an audition reel to the Cooking Channel. This led to appearances on cooking shows as a judge, guest and eventually star of her first show, Cupcake Championship. She's also been on Beat Bobby Flay and Farmhouse Rules, among others.

Like so many of us, Brown was saddened by the thought of whom she won't eat with Thursday. She's especially sad about not seeing her grandmother. But Brown knows this is for the best, and she imparted some excellent advice beyond cooking for this Thanksgiving.

"It is cherishing the moments you have right now with the people around you who are not present, reaching back into previous memories of Thanksgiving and being hopeful that there will be a time when we can safely join together," she said. "But just appreciate what you have in front of you. Who's to say we have to wait for Thanksgiving next year? When things get better you can have a mock Thanksgiving."