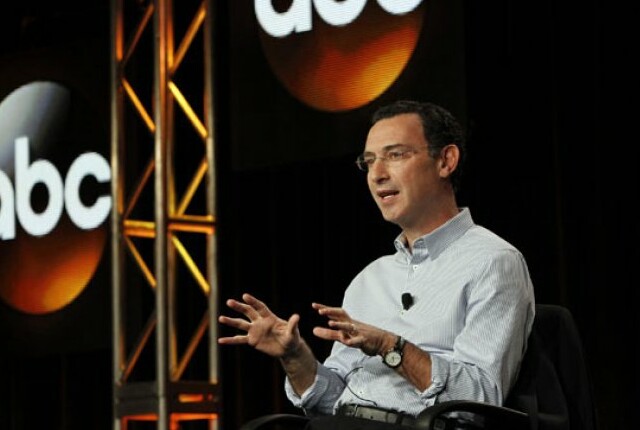 Pasadena, CA – It wasn’t too much of a stretch last August at the Summer 2015 Television Critics Association tour to choose as two of the most likely breakout broadcast shows of the fall ABC’s “The Muppets” and “Wicked City.” So what happened?

The expectations were very high for “The Muppets,” ABC Entertainment Group President Paul Lee told the TCA at its Winter 2016 tour on Saturday, suggesting that was the result of a “great campaign” that the network’s communications and marketing teams executed on behalf of the show. The ratings, obviously, were disappointing, though Lee was quick to point out that the show enjoyed a significant bump in its Live+3 numbers (a defense, it seems, that every network executive lately turns to when trying to support an underperforming series).

Lee was quite honest about the problem with “The Muppets.” “It’s a really good show,” he said. “But we didn’t quite feel it had the joy, the laughter and the heart we were looking for, and we thought that [new show-runner] Kristin Newman would be a great person to bring that in. She’s done it. We’ve got some fantastic scripts going forward. We haven’t seen the first of her last six episodes, but we have very high hopes for them and hope that they are going to be as good as the scripts are.”

As for “Wicked City” and its toxic blend of sex and serial-killing, Lee said it was one of the big risks that he is fond of taking. “I love taking big swings, and it was a big swing, and to some degree, it was [on] brand in as much as, at the heart of this very twisted story, you actually had a love affair,” he said, referring to the romance of the murderous lead characters. “That being said, it didn’t find an audience, and we didn’t have any belief that it would in the long term.” The instant flop of “Wicked City” won’t deter him from taking similar risks, he added.  “If they don’t work, they don’t work. But you are in a much worse place in these jobs if you are not taking swings. This was a big swing. It didn’t work, but I was proud to have done it.”

Lee has several big swings set for mid-season, each one tantalizing in its own way.

The Biblical drama “Of Kings and Prophets” -- an interpretation of the real history behind the story of Saul and David -- is “a muscular, theatrical, brilliantly done show” that is “really pushing the limits,” he said. There was much talk during the session for this show about its adult content.

“The Family,” a mystery about the sudden return of a boy who was abducted ten years earlier just as his mother has begun a campaign for political office, starring Joan Allen and Andrew McCarthy, has “one of the best casts on television,” Lee declared. “[Creator] Jenna Bans comes out of ‘Scandal,’ so she knows how to turn cards.”

Sitcom “The Real O’Neals,” about a gay teenager coming to terms with life as the middle child in a highly dysfunctional Irish Catholic family, “is the [show] that everybody keeps stopping me in the corridors [of ABC] and going, ‘Oh, my God. I love that show,’" Lee enthused. "It’s just adorable, and it’s full of heart. It’s funny and it’s absolutely on brand what an ABC comedy is, this time from the perspective of an Irish Catholic family.”

Reminded by one critic that “O’Neals” has already generated some controversy because of its depiction of Catholic family as being anything but traditional, and asked how ABC will address those people who are offended by it, Lee calmly replied, “I think when that audience sees the show, they are going to see it as a really beautifully made show, [one] very much like all of the shows that we do that is full of family and faith and joy and humor. My wife happens to be an Irish Catholic. She [loves] the show.

“Look, we had some controversial subjects when we went into ‘black-ish,’” he continued.  “I think the quality of the show is the most important indicator and this show is [of] extremely high quality. So I back it 100 percent.”

Caper drama “The Catch,” from ABC’s top show-runner Shonda Rhimes, has been undergoing extensive reworking, Lee explained, so a complete pilot episode was not available and no panel was scheduled. But he was very excited about the show and presented an extended scene from the pilot that ran for several minutes. It grabbed the press from its opening moments and never let go.

Lee also talked at length about “American Crime,” the annual limited series event from Academy Award-winner John Ridley (widely regarded by those of us who spoke with him During ABC's day at TCA as the smartest man in the room). The second season of the franchise, which began last week, “is every bit as good as the first,” Lee declared. Humorously, he revealed that FX had approached ABC about changing the name of “American Crime” so that it would not be confused with FX’s upcoming limited series franchise “American Crime Story.”

“They went after us, and, yes, we did have a conversation,” he explained. “But, that being said, we went first. This is becoming such a distinctive and powerful brand that ‘American Crime’ is starting to stand on its own. There’s probably room for both, to be honest.”

With the format formerly known as the mini-series now infused into its schedule (via both “American Crime” and “Secrets and Lies”) ABC is also doing its part to revive the made-for-television movie (a format it owned back in the Seventies) with the upcoming “Madoff,” a four-hour drama about Bernie Madoff and the financial catastrophe he was at the center of starring Richard Dreyfus and Blythe Danner. Lee also showed clips from this production.

Lee was also asked to confirm rumors about a spin-off of “Agents of S.H.I.E.L.D.”  with the title “Marvel’s Most Wanted.” “We are absolutely doing that one,” he said.

He then turned to a network publicity executive. “Am I allowed to announce this?” he asked.

“Well, you just did,” she replied, resulting in much laughter in the room.

“I just announced that we are going to pilot on ‘Marvel’s Most Wanted,’ which is a spinoff,” Lee said with a smile. “We love the script. We will be making that over the next few months.’

“‘S.H.I.E.L.D.’ is having a good season, ‘Marvel’s Most Wanted’ [has] a really good script and ‘Agent Carter’ [another ‘S.H.I.E.L.D.’ spin-off] is looking good," he continued. "So we feel very good about our Marvel franchises, not to mention, of course, the Marvel [series] that we are making for Netflix, including ‘Daredevil’ and ‘Jessica Jones,’ which are doing very well for us.”